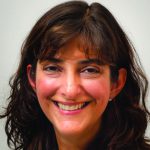 Majak will serve as SUNY Empire’s senior business and financial officer, responsible for overseeing development of policies, procedures, and controls to ensure sound management of the college’s financial, human, technology, and physical resources. She will also serve as treasurer of the Empire State College Foundation board.

She served as assistant vice president for administration and campus controller at SUNY New Paltz, where she oversaw the college’s fiscal operations, including procurement and contracting, accounting services, accounts payable, internal controls, facilities finance and administration, and risk management.

She earned a bachelor’s degree in marketing and management from Siena College and a master’s degree in educational administration from SUNY New Paltz. She also completed the SUNY and Cornell University School of Industrial and Labor Relations Leadership Development Program, and she served as the 2021 Fellow for the SUNY Hispanic Leadership Institute. 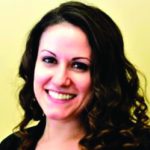 The board of directors for the Dake Foundation for Children announced a new executive director, Sarah Burns.

She brings more than 15 years of non-profit experience to the foundation, and her leadership has resulted in hundreds of thousands of dollars raised for organizations across the upstate region, the company said..

For more than a decade, The Dake Foundation for Children has been helping local children with physical disabilities have more fun and independence. Founder Gary Dake, president of Stewart’s Shops, realized that health insurance would fund “medical necessities” but would not approve recreational equipment or activities, and he vowed to work to close that gap. Since then, the foundation has helped connect more than 330 children with adaptive bikes, tricycles, swings, strollers, and communication tools that allow them to have the fun, carefree experiences that every child deserves. 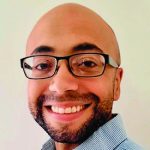 Peregrine Market Access in Saratoga Springs, a consulting, communications, and commercialization partner for the life sciences industry, hired Christian Willis, PharmD, as a new addition to the medical strategy team.

In his role as a medical writer, Willis will develop disease- and treatment-related content to help Peregrine’s pharmaceutical and biotechnology clients communicate the value of their treatments, diagnostics, and medical devices.

Willis received his doctor of pharmacy degree from Albany College of Pharmacy and Health Sciences in and a bachelor’s degree in psychology from SUNY Binghamton. He has gained pharmacy practice experience in community and institutional settings with internships at CVS Pharmacy, Springfield Hospital in Springfield, Vt. and Nuvance Health’s Dyson Center for Cancer Care in Poughkeepsie.

Gaudin is a licensed architect in Mexico and received her architecture degree from ITESO in Guadalajara, Mexico. She has over 14 years of experience working for a variety of firms in Houston and New York.

Ewing has 18 years of experience in the architecture field.  She previously worked at Foresight Architects in Schenectady. She graduated with a Bachelor of Arts in interior design with an architectural concentration from the University of Massachusetts, Amherst.

She has experience with small commercial, apartment buildings and churches, both new construction and renovations. She has been involved with projects from early sketches to construction.

The group includes more than 300 providers in over 30 specialties and 20 locations. The group is the multispecialty practice of Saratoga Hospital, an affiliate of the Albany Med Health System.

Prill, of Corinth, has extensive nursing experience in positions of increasing responsibility. Most recently, she was clinical coordinator for Saratoga Hospital Medical Group – Urology. She also serves on the hospital’s Ambulatory Council and Evidence-Based Practice Council.

She is a member of the National Society of Leadership and Success and the Omega Gamma Chapter of Sigma Theta Tau International Honor Society of Nursing.

Franklin Community Center announced the  three new members to its board of directors.

The Saratoga Springs-based organization provides basic necessities and services to individuals and families through various programs that support and provide services to improve the quality of life and foster a sense of neighborhood, community and family for all people.

Joining the board for their first three-year terms are Gina Peca and Kristen Corcoran.

Peca is a retired attorney who worked as a prosecutor in the New York City Family Courts. Additionally, she oversees the Catie Hoch Foundation, established in memory of her daughter, and assists families of children with cancer while in treatment. She has vast fundraising experience.

She has served on multiple boards, including the Saratoga Regional YMCA, Wellspring, the Wildwood School. In addition, she volunteers for her local high school PTSO.

Returning to the board after a yearlong hiatus is Jason Lynch. He is newly elected to complete a three-year term.

Lynch is a sales representative working for DA Collins Companies and serves as president of Leadership Saratoga Alumni Board. He assisted  with serving and delivering Thanksgiving meals to area home-bound residents.

Delate has more than 22 years of experience in higher education at public institutions in New York and New Jersey. He most recently served as associate vice president for student services at Monroe Community College.

He previously served as associate dean of student affairs at Purchase College and executive director of Residence Life at Montclair State University. Early in his career, he served in the Peace Corps in Liberia, West Africa, and coached college football. He is an adjunct professor of communications at Purchase.

She also oversees operations at Malta Med Emergent Care, where she previously served as site administrator.

West, of Clifton Park, has more than 30 years of nursing experience and has held leadership positions in emergency services, case management, inpatient nursing and long-term care.

A registered nurse, West holds a master’s degree in nursing, with a specialization in leadership and management, from Walden University in Minnesota. She is pursuing a doctorate in nursing practice from Chamberlain University in Illinois.

West is a member of the Emergency Nurses Association, American Nurses Association and American Organization for Nursing Leadership. In addition, she is on the advisory board of the Center for Donation and Transplant, serving upstate New York and western Vermont.