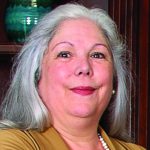 Minuti joins the executive team as a senior leader responsible for the oversight of wealth management, retail banking and marketing. As the company’s chief customer officer, Minuti will focus on branch and brand expansion, optimization of the customer journey and delivering an exceptional omni-channel customer experience.

She relocated to the region after having served more than 25 years in senior level positions at both community and international financial institutions. Most recently she was the senior vice president of retail strategy and delivery at Landmark Credit Union in Wisconsin. 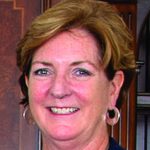 Jennings will develop and lead educational programming for families, schools, libraries, and community groups both in the museum and around the Capital Region. The Tisch educator also serves as a key liaison between the museum and educators at the elementary and secondary levels, developing interpretive materials and teacher training.

Jennings comes to the Tang from the Longyear Museum of Anthropology and the Picker Art Gallery at Colgate University, where as assistant educator she was responsible for K-12 and family outreach, educational instruction, and in-gallery education.

She earned an master’s degree in museum studies from the University of North Carolina at Greensboro and a bachelor’s in history from The College of Wooster. She has also worked at the Weatherspoon Museum of Art, the Yale University Art Gallery, and the National Museum of Bermuda.

Julie & Co. Realty has hired David Frederick as the newest member of its brokerage in Saratoga Springs.

Frederick is an upstate New York native, having grown up in Corinth and Saratoga Springs. He has performed as a standup comic in a career that has taken him from New York City to Los Angeles, but he and his wife chose to settle in Saratoga Springs to raise their two daughters.

Frederick has performed stand-up comedy at places such as The Comedy Cellar in New York and the Hollywood Improv in Losa Angeles. His experience in the late-night entertainment has given him people skills that translate into the world of real estate.

Bond, Schoeneck & King announced that Michael D. Billok of the firm’s Saratoga Springs office has been recognized in the 2022 New York Super Lawyers upstate edition in employment and labor.