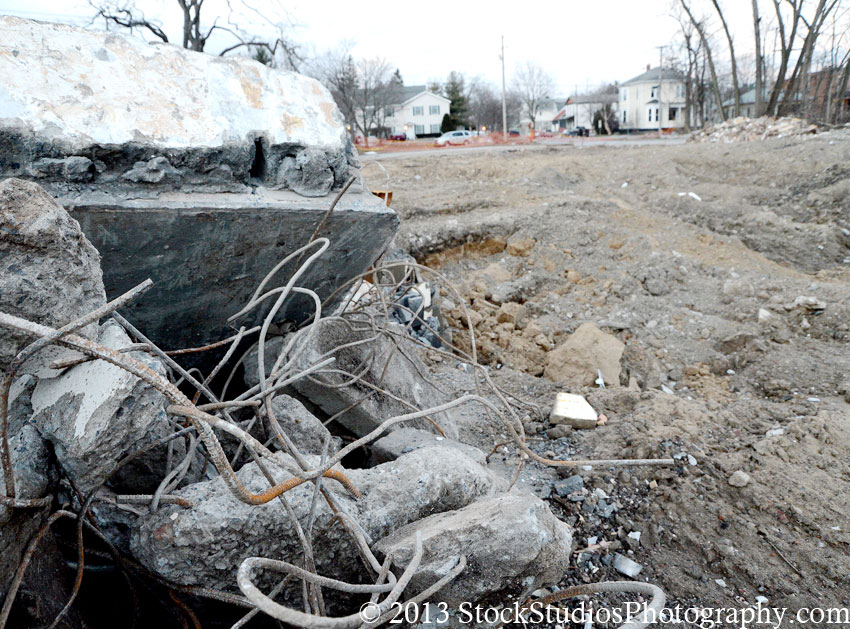 Peter Belmonte, president of Belmonte Builders, hopes to build different styles of homes on this property that once housed Ellsworth Ice Cream, beginning later this year

A plan is in the works for a multi-use,
mostly residential development in the city
that will give a new look to about two acre
om the west side of Saratoga Springs.

Peter Belmonte, president of Belmonte
Builders in Saratoga Springs, said the
project is still in the early stages, but his
company is developing the plans for a
project that will feature different styles of
housing for people, as well as some commercial
space.

He said he does not have the formal approvals in place yet for the project to move forward, but is optimistic it will come together in the area of the Division Street property that used to be home to the Ellsworth Ice Cream plant longer-tenured residents of the community may recall.

Ellsworth Ice Cream was founded in 1933. In more recent years, the company made private label ice cream for Hannaford and other retailers, but closed in 2007.

Belmonte and Stephen Ethier, principal of The Eastside Group in Saratoga Springs, are partners on the project. The land was sold by Alec Stephens of SAS Builders, who had acquired it under the name Hotel Square Development LLC.

Belmonte said there will be one structure with come commercial space on the ground floor, along with apartments above, the developer said. Another aspect will be two-unit townhouses–each dwelling will be an end unit. The plan also calls for some row houses and “maybe even some carriage houses” on the property. In all, there will be “30-some” units, Belmonte said.

He pointed out that architectural designs and site plans are still being developed, so nothing is yet set in stone.

“We felt the city has a strong need for diversified housing,” he said, noting there have been numerous condominium and high-end apartment projects developed in recent years. “We want to do something in line with what Saratoga is by nature.”

All of the units will be individually owned homes, regardless of style.

Belmonte said the commercial space is a small percentage of the project.

“We’re a little bit away from downtown, so we thought we needed some commercial aspect, but we don’t see it as a big factor,” he said. The space could be rented for stores, offices, “anything really.”

Belmonte said he hopes to have approval from the city by late spring, start working on the infrastructure in the summer and be ready to start building in the fall. It will be built in phases, moving along as the homes are successfully marketed.

“We see it as a very unique opportunity, so we wanted to think it through, and very thoroughly. Not move too fast, so we can deliver something as exciting as we hope it to be,” said Belmonte. “The (housing) market is continuing to get better, so we see it as something that will be successful.”