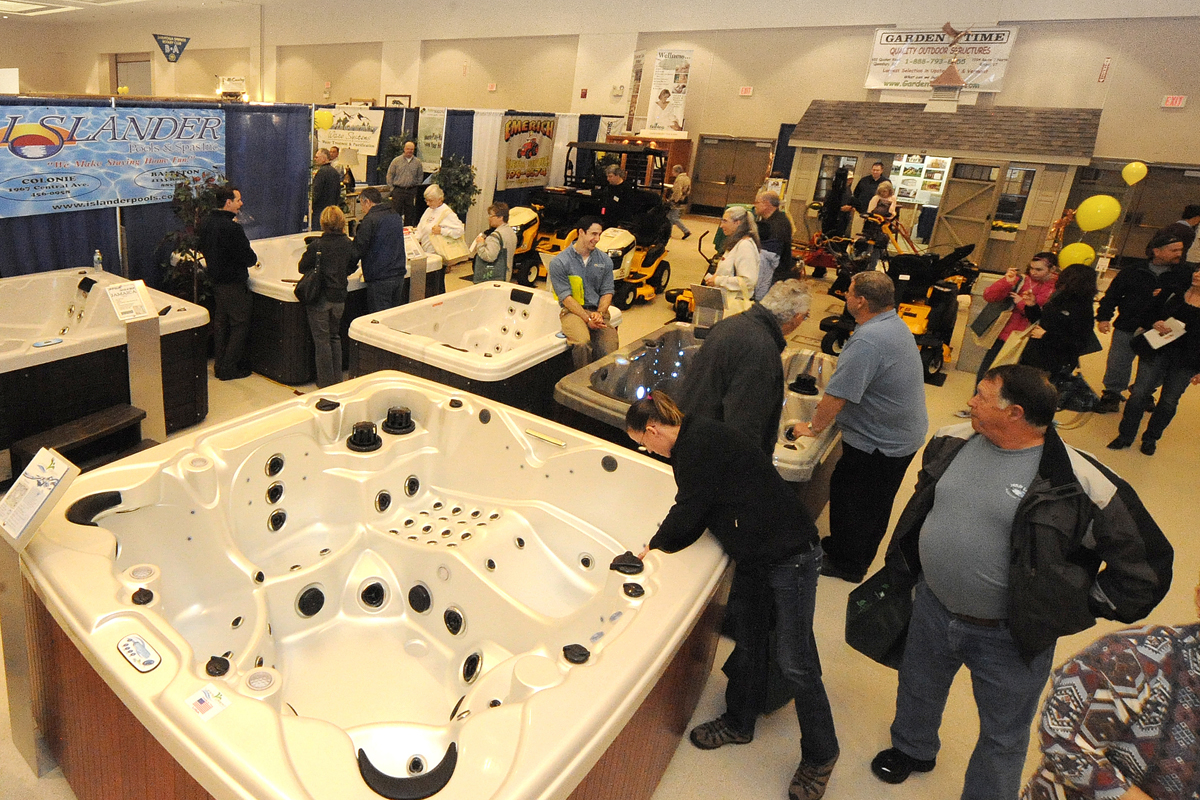 The show will feature approximately 120
exhibitors throughout the first floor of the center,
with a wide range of home improvement,
outdoor living, family recreation, and lifestyle
products and services, as well as prizes.

This year’s show marks the 40th anniversary of the fundraiser, previously called the Home & Garden Show. The Rotary Club expects to raise close to $100,000 from the event, with proceeds being distributed to community organizations, youth scholarships, and international humanitarian projects. Since the original show was held in 1973 at the Saratoga Armory, the Show has made possible the significant financial gifts of the Rotary Club, as well as strengthening the community spirit of Saratoga.

Attendees have the chance to win several types of prizes, including hourly door prizes, a $250 certificate to Granite & Marble Works, and this year’s grand prize, a 46-inch flat-screen TV. Several local businesses have stepped forward to sponsor the show, helping the Rotary Club to boost its event proceeds in support of its charitable activities and donations.

“The Home and Garden Show brings our whole community together, making it easy for consumers to talk to providers of home products and services, and helping our local businesses to reach their customers efficiently,” said event chairman Charlie Wheeler. “It’s a fun event for all ages, whether you want to simply explore new ideas or get right down to business.”

There are a variety of special features this year. On Friday night, March 1, the Rotary Club has teamed up with the Saratoga Springs Downtown Business Association and Saratoga Convention & Tourism Bureau to provide a dinner/show special. Adults can receive a $5 discount by showing a dinner receipt from a downtown Saratoga Springs restaurant, dated between Feb. 25 and March 1 (inclusive). The discount is good for up to two adult admissions, resulting in a show entrance fee of $1 per adult. All day on Saturday, March 2, a special “Summer Fun – Stay & Play Showcase” presented by the Saratoga County Chamber of Commerce will give attendees many ideas for a summer “stay-cation.” This area will feature more than 30 regional summer hot spots. Entrance to the showcase is included with Home & Garden Show admission, from 9 a.m. to 7 p.m.

For owners of historic homes, the Saratoga Springs Preservation Foundation is hosting a Restoration Corner all weekend, where specialists will be available from several local businesses to discuss plans for historic homes. Since 1977, the Saratoga Springs Preservation Foundation has been the leading advocate for the preservation of the city’s unique architectural, cultural, and landscaped heritage.

“The Rotary Club’s goals are to provide a venue for local businesses to reach out to the community, and to create a fun family event during the late winter season. The continued support the Saratoga Home & Lifestyle Show has received from our exhibitors, sponsors, and attendees has enabled our Club to be a generous contributor to a wide variety of local community projects and activities,” said club President Matt Dorsey.