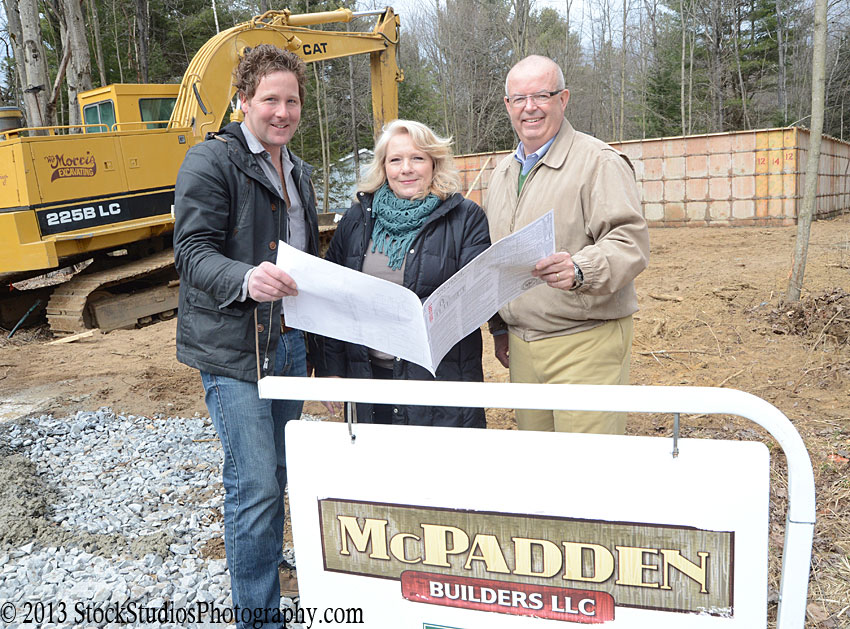 Residential real estate sales in the Saratoga
County area dipped over many months after a
period of positive boon, as the national economy
took its hits. But the region never fell as far as
many others across the state and the situation
was never dire.

Saratoga County has had a consistent string
of economic successes, most notably, but not
exclusively, the arrival of GlobalFoundries, the
huge microchip fabrication plant in Malta. Those
successes, and an economy that appears to be
on the mend, have people in most local business
sectors optimistic.

Among those sectors is the real estate market. Based on statistics released early this year by the Greater Capital Association of Realtors (GCAR), the 2012 residential real estate market in New York’s Capital Region was solid with increased activity and stronger pricing. The report showed Saratoga County saw the highest median price of $258,000, as well as the second highest year-to-year gain in sales, up 17 percent.

“I think everyone’s pleases with the job growth in the area,” said Tom Roohan, broker/owner at Roohan Realty in Saratoga Springs. “A lot of the (GlobalFoundries employees) have come here, rented our apartments. Other industries are following. It’s a good sign. I think as long as interest rates stay low, we’re looking at a strong 2013 in Saratoga County.”

He said the market is already showing strong signs. First-time home buyers have always en steady, but now there is action from people who don’t have to move out of necessity; nonetheless they are considering selling homes to move to a townhouse or condominium where living is easier, he said.

Joan Taub, associate broker with Prudential Manor Homes in Saratoga Springs, agreed the market is “absolutely” picking up. She said there is lots of new construction going on, especially in the Clifton Park area.

“The good news for us is that there are strong sales in every price point, which means the market is healthy.” She added, “for a while, only first-time home buyers were looking. Now it’s first-time buyers and everybody else as well, which is great.”

Cindy Quade of Signature Homes Realty in Saratoga Springs, said there is “no comparison” between the market about a year age and now. Business was consistent over that time, but now “is the busiest I’ve been in 12 months, she said. About 80 percent of her business is new homes, the sales of which “are really brisk, really strong across the board in all my neighborhoods,” which for her stretch from queensbury to Halfmoon.

According to Roohan, there is enough demand for new homes, noting that “it’s not a buyers’ market and it’s not a sellers’ market.” With interest rates low, it’s a good time to buy.

For the re-sale of homes, Roohan said a lot of feedback from customers is “they wish there was a little more inventory. Some are disappointed coming into Saratoga County and expecting more.” Quade agreed about the inventory, but added “what is on the market is moving. That could have a domino effect.”

Taub noted that some sellers, expecting a rush due to things like GlobalFoundries, might be waiting to sell expecting a monstrous profit. They shouldn’t be. For example, “some (re-locators) are from Texas. They’re used to Texas prices.”

“But it’s definitely having an impact,” she said of the chip fab plant. To what degree, I don’t know yet.” Quade said consumer confidence is on the rise, but people are still cautious. She called it a “mix between the pent-up demand and consumer confidence.” If confidence grows, it adds fuel to the hot flame of the market.
“Some people sat on the sidelines waiting to see” what interest rates would do and what would happen with the U.S. economy. “Now things are better. The affordability index is high. Homes are very affordable.”

Getting loans from banks has been another issues. Some financial planners say it has been tough to get home loans even for people with good credit and decent incomes.

But according to the Washington Post in early April the Obama Administration feels too many people are being left out and is working to get banks to lend to a wider range of borrowers. It is also encouraging lenders to use more subjective judgment in determining whether to offer a loan and are seeking to make it easier for people who owe more than their properties are worth to refinance.