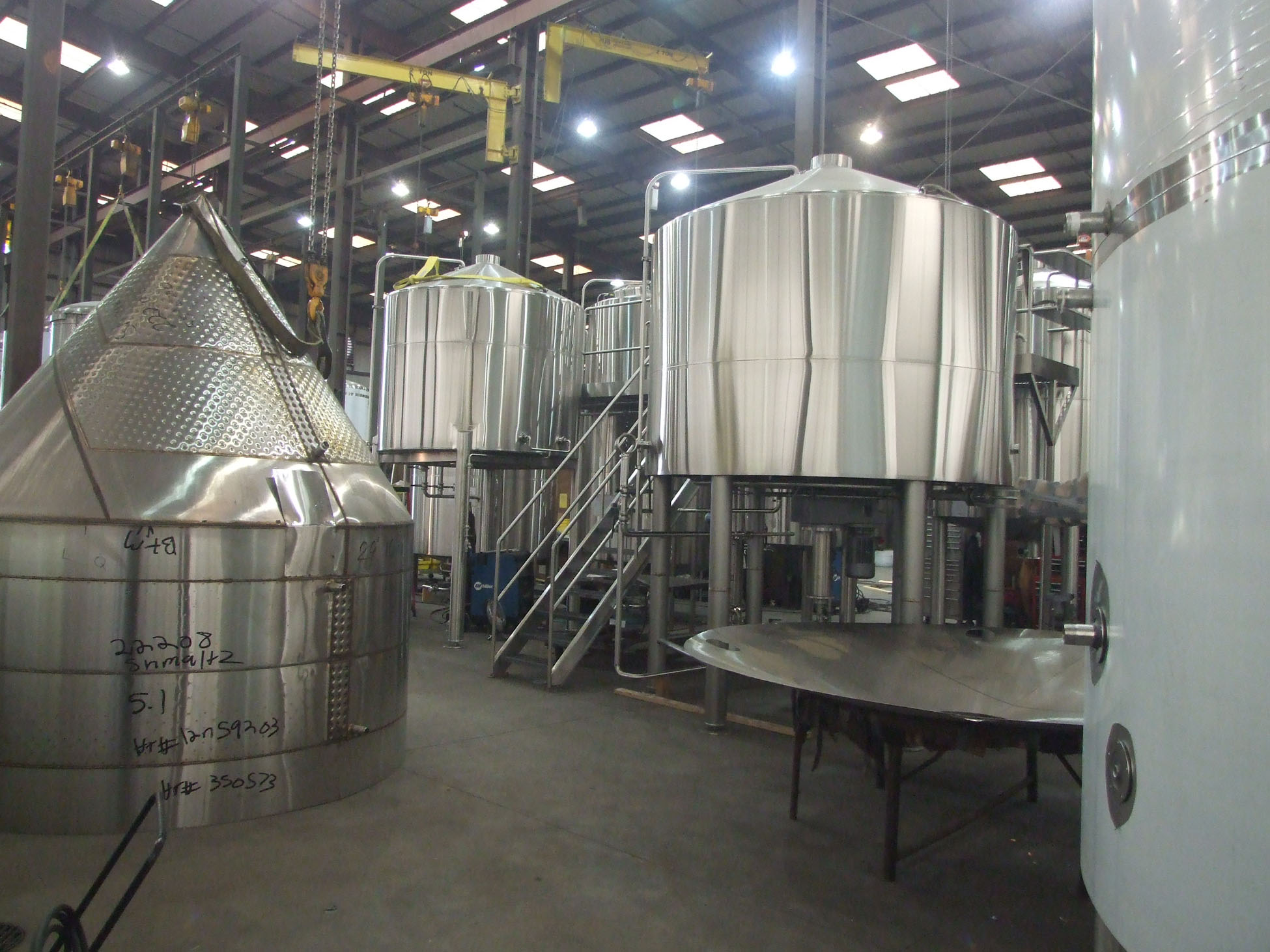 These stainless steel kettles are key to brewing process and were installed at the new Shmaltz Brewing Co. facility about to begin operations in Clifton Park

Officials for the company, handcrafters of beers including He’Brew – The Chosen Beer and Coney Island Craft Lagers, said its new plant includes a 50-barrel brewhouse with 20,000 barrels of annual capacity.

It is located at 6 Fairchild Square, just west of Northway Exit 10.

“With a $3.25 million dollar budget and countless hours of planning and preparation, what began as an improbable fantasy only one year ago, has blossomed into a nearly 20,000 square foot brewing reality,” officials said in a new release.

The facility is off Ushers Road, near Northway Exit 10. Munter Enterprises of Middle Grove is the general contractor.

The first stainless steel kettles were delivered in March and the inaugural brew date is targeted for late April, officials said. Packaging should start in May and June, and Shmaltz projects bringing 100 percent of its production in-house by mid-to-late summer.
The official public grand opening is scheduled for Sunday, July 7, details to be announced later, the company said.

The heart of Shmaltz’s new operation features a custom-made, five-vessel manual workhorse brewhouse, as well as eight manufactured in the U.S. from Oregon’s JV Northwest. The 120-bottle-per-minute packaging line comes from the Italian experts at SBC/BC International, Shmaltz officials said.

The new Shmaltz brewery will package 12- and 22-ounce bottles and kegs of their diverse core and seasonal favorites. Several new releases and collaborations are on tap for 2013, and Shmaltz will continue its acclaimed exploration of barrel aging with a current inventory of more than 300 bourbon, rye whiskey, and tequila barrels, the company said.

The brewery projects hiring upwards of 10 full-time staff in addition to the dozen staffers currently handling sales, marketing and contract brewing operations. The space also touts a 1,700-square-foot tasting room, and roughly 800 square feet of office space.
Once open, craft beer enthusiasts will be able to enjoy the tasting room throughout the year. Brewery tours will be available.

Financing for the project came fromBallston Spa National Bank, the New York Business Development Corp. using the a Small Business Association program, and additional assistance from San Francisco-based Wells Fargo Bank. A limited amount of additional equity was raised from personal friends and family, many longtime supporters of Cowan and Shmaltz Brewing, according to the company.

Ranked in 2013 as one of the “Top 100 Brewers in the World” by RateBeer.com, Shmaltz won nine gold and five silver medals in the Word Beer Championships in 2012. A recipient of the Distinguished Business Award by the Brooklyn Chamber of Commerce, Shmaltz was also included in the “Top 50 Fastest Growing Bay Area Companies” by the San Francisco Business Times.

Established in San Francisco, Shmaltz the company reports it has sold more than 10 million bottles of beer to date. Shmaltz offerings are available in more than 30 states through 35 wholesalers at more than 3,500 retail specialty shops across the U.S.
In 2010/11, Shmaltz proprietor Jeremy Cowan published his small business memoir, “Craft Beer Bar Mitzvah: How It Took 13 Years, Extreme Jewish Brewing, and Circus Sideshow Freaks to Make Shmaltz Brewing Company an International Success.” A free sampling of chapter one can be viewed at www.craftbeerbarmitzvah.com.

With the opening of the “World’s Smallest Brewery” in Coney Island, N.Y .(1-gallon at a time, since 2011, the company states), Cowan spearheaded the creation of the non-profit New York City Brewers Guild in 2012 and serves as its president.