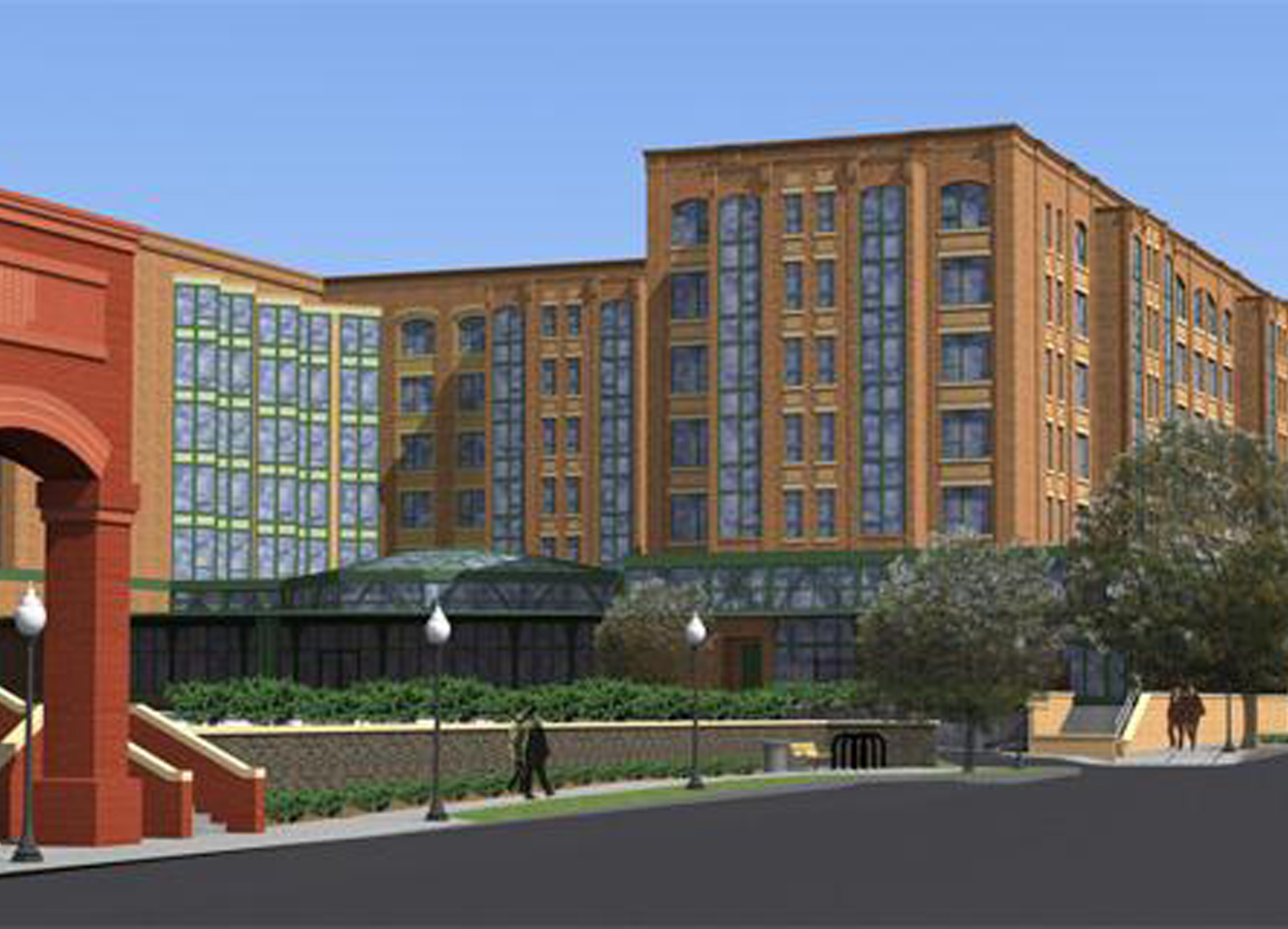 This rendition is what the new hotel in Congress Plaza would like like if it gets approval from Saratoga Springs officials.

Another major hotel project is planned for Saratoga Springs, this one in the downtown area, in Congress Plaza.

A group of buildings that housed business like the former Broadway Joe’s bar and restaurant, will be demolished for the project.

Donald MacElroy of DCG Development, the group that owns the property involved and would own the hotel, said the hotel is proposed to be six stories high and have 145 rooms.

The project still requires some layers of approval from the city of Saratoga Springs.Site plans were submitted in March to the Planning Board.

“We’ve always believed the city, because of its thriving convention and tourism business, could accommodate another hotel facility,” MacElroy said. “being in the downtown area, and with parking on site, it does create a unique situation.

The proposal calls for tearing down buildings in Congress Plaza, across the parking lot from CVS Pharmacy, including the former Broadway Joe’s that was also once a Grand Union, and Outer Zone Laser Tag.

Citizen’s Bank and Purdy’s Discount Wine and Liquor will remain (it has expansion plans), as well as the location that was once a Friendly’s restaurant, which is being converted into a Turkish restaurant.

MacElroy said the ownership group has not filed any application with any hotel chain and he could not say at this point if that was in the offing.

Also, a builder for the project has not yet been selected, he said.

Frost Hurff Architects in Saratoga Springs, working with The LA Group, designed the hotel.
MacElroy said the plans include a bar and restaurant on the first floor that would e open to the public and not just guests. There will be a patio area with seasonal outdoor seating along Congress Street.

Management of such a hotel has not been decided, nor has it been decided if any separate entity might take on the food and beverage aspect of the hotel, said MacElroy.

He said the company is excited about the project. Depending on when they get the necessary approvals and can go on to break ground, the entire process to get up and running will take approximately one year.

He added that the hotel could create some 25 to 50 jobs.

Already in the area, there is a hotel being built on a Lake Avenue lot downtown, near the Parting Glass bar and restaurant. Plans are in the works to build a Residence Inn hotel on Route 9 in Malta. And there are plans for a 159-room hotel addition for the back of the historic Rip Van Dam Hotel building, where a large portion of the hotel stood for more than 160 years.