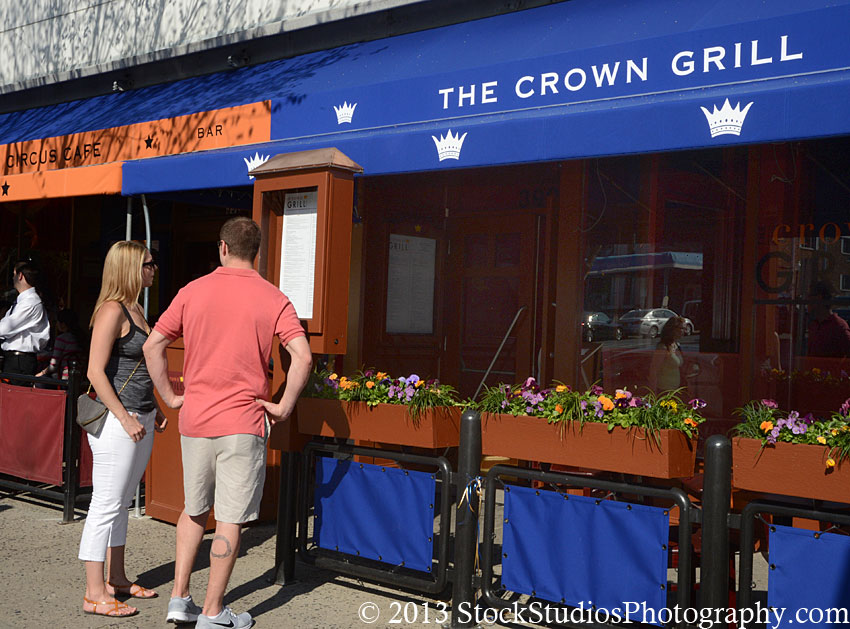 Christel and Colin MacLean opened a new restaurant, the Crown Grill, at 390 Broadway in downtown Saratoga Springs, right next door to the Circus Cafe, which they also own

Christel and Colin MacLean, owners of Circus
Café, located at 392 Broadway in Saratoga
Springs, opened a sister restaurant next door at
390 Broadway.

The Crown Grill, marketed as an “upscale casual”
dining experience, opened May 1 in the space occupied
briefly by Russo’s restaurant, which was
Brindisi’s prior to that.

“We are thrilled to bring another new restaurant
concept to Saratoga Springs and at the same time,
on the same day, celebrate the ninth anniversary of
Circus Café,” said Christel MacLean.

The Crown Grill has been in the making since March, when the MacLeans sold their shares in Sperry’s restaurant on Caroline Street in Saratoga Springs and purchased the majority shares of Circus Café. They then invested in the former Russo’s space.

“The Crown Grill will offer guests a separate and distinct dining experience from Circus Café,” said Colin MacLean in a press release.

A commissioned mural will be hung in the bar space, as well as a custom installation in the back room celebrating Saratoga Race Course’s 150th anniversary. Additionally, there is a pocket door connecting the two dining rooms of the separate restaurants, allowing space for big events and large corporate and private parties.

The MacLeans said unlike the Circus Cafe, which offers popcorn on the table and homemade cotton candy at the end of each meal, The Crown Grill welcomes guests with complimentary gourmet flatbreads. While the new spot boasts extensive cocktails like its sibling, the Crown Grill offers a large whiskey list featuring selections from throughout the world.

The bar has a custom cocktail list with signature drinks including the Crown Manhattan and a Crown Grill Negroni.

“All of the cocktails will be unique, ranging from the spirits used, to the style of the cocktail, the glassware and even the ice itself,” the owners said. A combination of craft, domestic and imported beers is offered, and a wine list is available.

The Crown Grill had a grand opening party on May 1, donating 50 percent of the proceeds to SaratogaArtsFest and the Double H Ranch. Full lunch and dinner service began May 6.

“Because The Crown Grill has a completely different design and menu from Circus Café, it affords us the opportunity to offer our existing clientele a new experience and to welcome new guests as well, ” said Christel MacLean.

For reservations, call 583-1105. Both restaurants are available for private parties and/or catering service. Website addresses are www.crowngrillsaratoga.com and www.circuscafe.com.