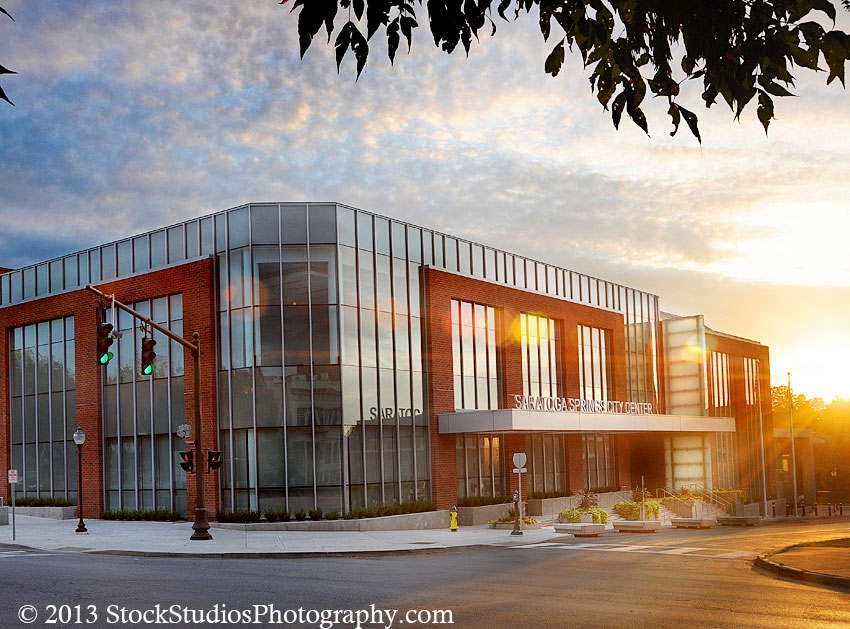 Saratoga City Center had a strong 2012, officials said in the annual report, generating tax revenues for the year totaling $2.1 million, of which about $451,000 went to the city

Saratoga Springs City Center on Broadway drew
142,400 guests last year, according to the center’s
annual report that also estimated convention guest
spending at more than $19 million during the
course of the year and listed day guest spending
at some $10.7 million.

The report was compiled by staff, headed by
Mark E. Baker, center president, and released on
behalf of the nine-member City Center Authority.

“In 2012, sales at the City Center reached new
levels as we became more experienced with selling
our expanded space side by side with the original
City Center. We hosted a total of 150 events that
used the building for 294.5 days,” the report said.

The convention center hosted 150 events last year, a record for the facility and an increase over the 136 that took place in 2011.

The center staff puts events into five categories: special events, conventions and conferences, trade shows, gate shows and banquets. The largest increase from 2011 to 2012 was conferences and trade shows, which jumped from 58 percent of the center’s business to 71.5 percent.

“With cooperation from our partners in the community–The Saratoga Convention and Tourism Bureau, The Saratoga County Chamber of Commerce, hotel associates and city elected and civic leadership–the City Center continued to provide our community with out of town guests and delegates who filled our hotel rooms, restaurants, shops and attractions in each month of the year,” the report said.

A “positive and persistent approach to business ” has resulted in events already booked as far out as April of 2017, the report noted. Of the 150 events at the center in 2012, 40 were first-time events.

Estimated tax revenues generated at the center totaled about $2.1 million, of which about $1.2 million went to the state and approximately $451,000 each to Saratoga County and the city of Saratoga Springs, according to the report.

The center is at the core of a conference complex formed by the 32,000-square-foot City Center and the adjoining 242-room Saratoga Hilton Hotel. The location in downtown Saratoga Springs offers attendees the opportunity to stroll the streets of the city, shop and visit bars and restaurants.

The City Center has served as host to corporations, state associations, trade groups and northeast regional organizations since 1984.