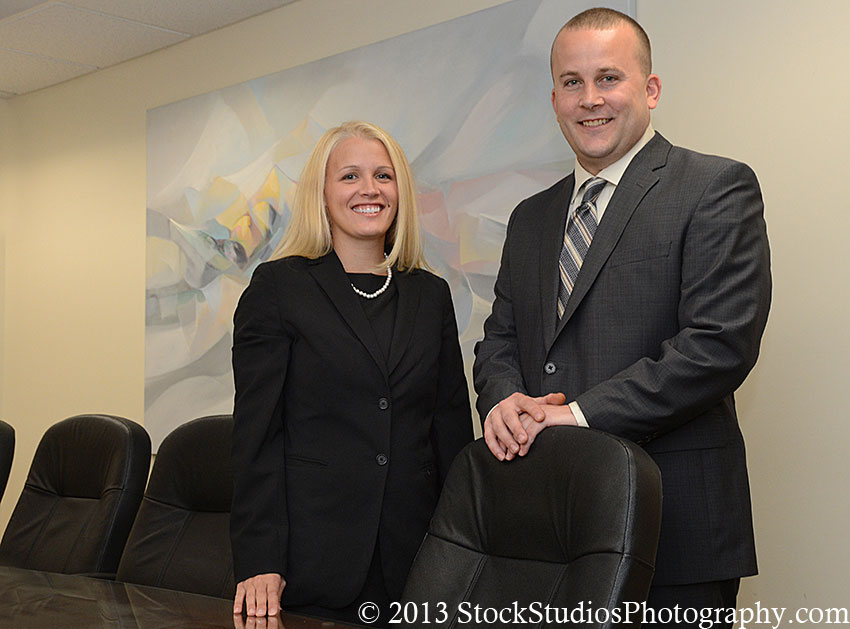 Meghan Raymond and Steve Rossi have known one another for some 20 years and are now practicing as Raymond and Rossi, with offices at 120 West Ave

Two young attorneys who grew up in
Saratoga Springs have returned to the city
to open a law practice.

Meghan Raymond and Steve Rossi, practicing
as Raymond and Rossi, have offices at
120 West Ave. Their practice concentrates
on matrimonial and family law, particularly
contested divorces.

Things are “going great,” Raymond said,
with a clientele derived almost entirely from
referrals. “We know a lot of people,” she said,
noting that both lawyers have strong ties to
the community.

Raymond and Rossi both have extended families and friends in the area and the firm’s paralegal is also from Saratoga. The partners have known each other since junior high school, about 20 years in all, Raymond estimated. Both are graduates of Saratoga High School and both got their law degrees from Albany Law School.

Before forming Raymond and Rossi, she was an assistant district attorney and he had a solo practice in Latham. “I referred a case to him and we began talking,” Raymond recalled.

For Raymond, life changed drastically with the birth of her daughter, Mackenzie, now eight months old. “Having a child changes your entire world,” she said.

Of combining the obligations of work and family, “It’s a juggle,” she admitted, but the close proximity of her family and her husband’s makes things easier. “It’s a learning experience,” she reflected. “I work 9 to 5 and when I go home, it’s family time.”

As a mother, she finds she can better relate to her clients, especially the ones who are fighting for child custody or support, the majority of her clients. “I find that I tend to try harder for them,” she reflected.

Rossi, still a bachelor, plans to get married in November. “It definitely feels good to be back,” he said, now that both are settling down and ready to raise families.