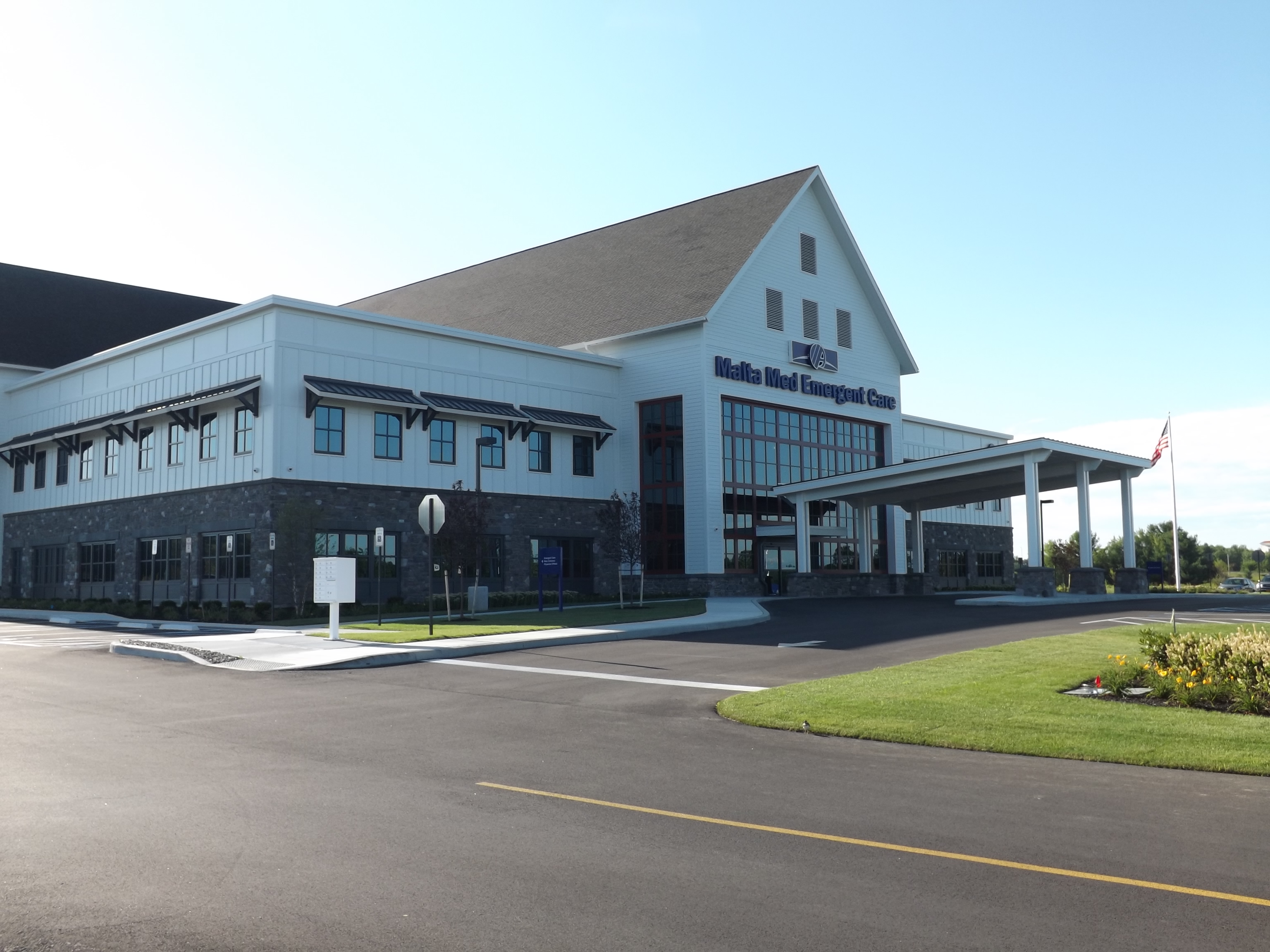 The $17.5 million Malta Med Emergent Care facility provides area residents an alternative to hospital emergency rooms for all but the most serious medical circumstances

Malta Med Emergent Care, a joint venture
of Albany Medical Center and Saratoga
Hospital, is now open just west of Northway
Exit 12, hailed by officials as the only center
in the Capital Region to provide both
24/7 urgent care and treatment for more
serious injuries by emergency medicine
physicians from the region’s trauma center,
Albany Med.

The $17.5 million facility provides area
residents an alternative to hospital emergency
rooms for all but the most serious
medical circumstances, officials said.
It is located at 6 Medical Park Drive,
just west of Northway Exit 12, across from
the Hyatt.

“By working in partnership, our two hospitals are able to make the highest quality medical services in the region more accessible to more of our residents,” said Albany Medical Center President and CEO James J. Barba. “The unique center we have created is an important addition that will help continue to make southern Saratoga County attractive to both businesses and families.”

The joint venture meets the needs of one of the fastest growing areas in the Capital Region, officials said, while providing a cost-effective alternative to emergency room care. Malta Med Emergent Care is minutes away from Luther Forest Technology Campus and GlobalFoundries.

Services previously provided at that Route 9 facility have been expanded and relocated to the new, larger Malta Med Emergent Care.

Ground was broken for the facility on November 16, 2012, and it opened June 3. It staffs 71 full-time equivalent positions, according to hospital officials.