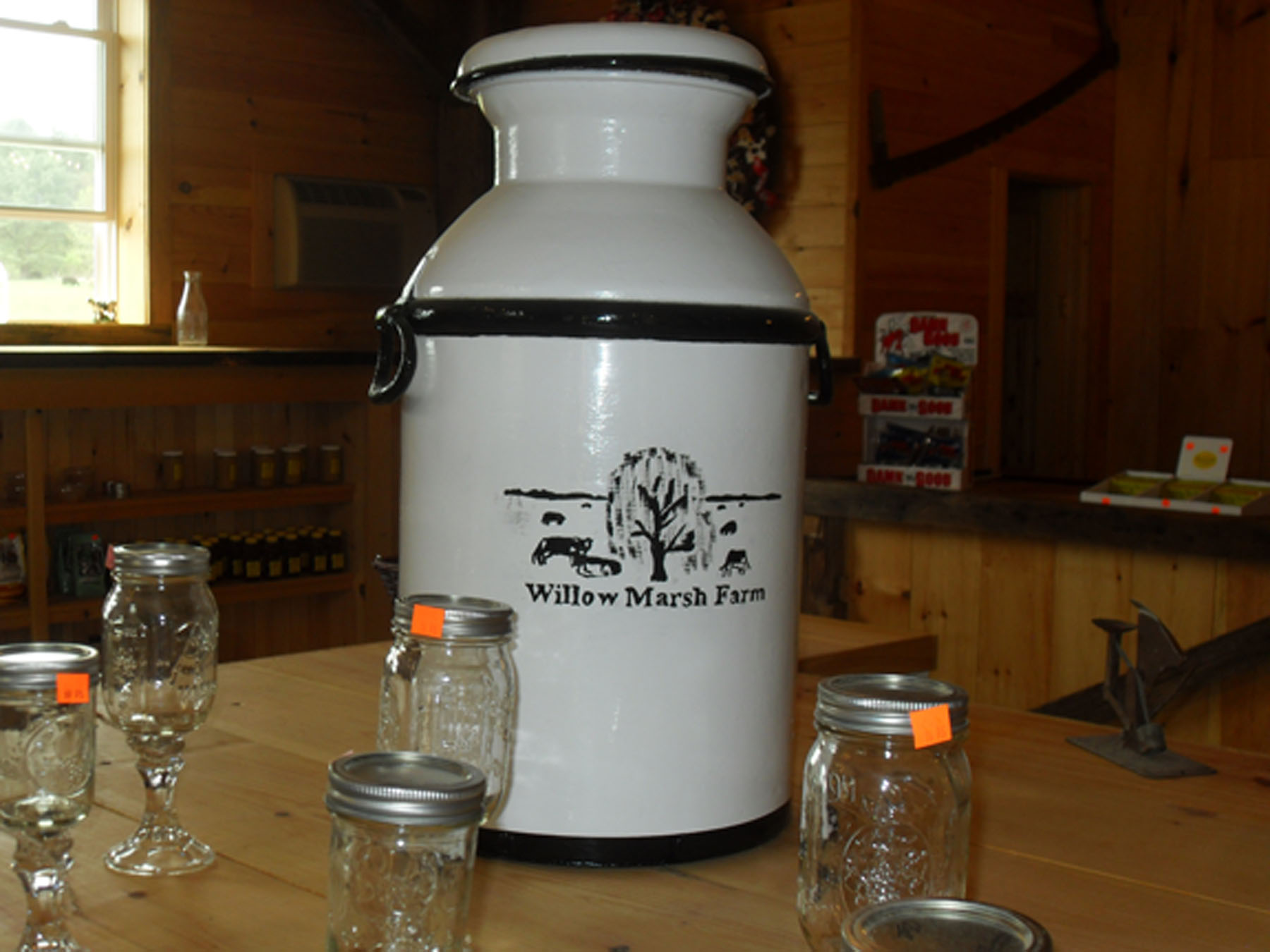 After having a self-serve food area in
their garage for five years, the owners of
Willow Marsh Farm opened a farm store
this year where they sell their homemade
products.

The change came when Charles Curtiss
and his wife, Darlene, decided it was time
to expand the store at 343 Hop City Road,
Ballston Spa.

“We’re a small farm looking for a better
way to sell our products,” Curtiss said. And
transitioning to a full-service store was “a
huge step up” from one self-serve stand in
the garage, he said.

Customers can find a variety of products at the farm store, including cheese, yogurt, meat, eggs, whole chickens, pasta, sauces, peanut butter and jams. Most products are made at Willow Marsh, Curtiss said, but several things are ordered from local places, like maple syrup.

“The idea is to source as many local products as possible,” Curtiss said.

Another change coming up, Curtiss said, will be the addition of a creamery. All dairy products sold at the farm store are currently out-sourced from other local stores. That will change once the creamery opens, Curtiss said, which he expects to happen later this year. The creamery will go behind the store in the same building.

Several years from now, Curtiss said he hopes to eliminate genetically modified organisms (GMOs) from his farming practices. GMOs include seeds that have been altered to become resistant to bugs and foliage problems, he said. Corn, soy beans, alfalfa and canola are common crops affected by GMOs and are also found in animal feed, Curtiss said.

“Corn is not corn anymore,” he said. “It has the genetics of other plants so it is easier to manage.”

This concerns many people, he said, because the long-term effects of consuming food that has been genetically modified is unknown. Several states, like California and Connecticut, have passed laws that allow companies to label their products as non-GMO, and New York won’t be far behind, Curtiss said.

The switch from using GMO to non-GMO feed will keep Willow Marsh in the forefront of farming, Curtiss said. GMOs are unsettling to many of his customers, he said, which is another reason the change will take place.

Willow Marsh Farm and the farm store are run by Curtiss and his family, including his wife, father and son.