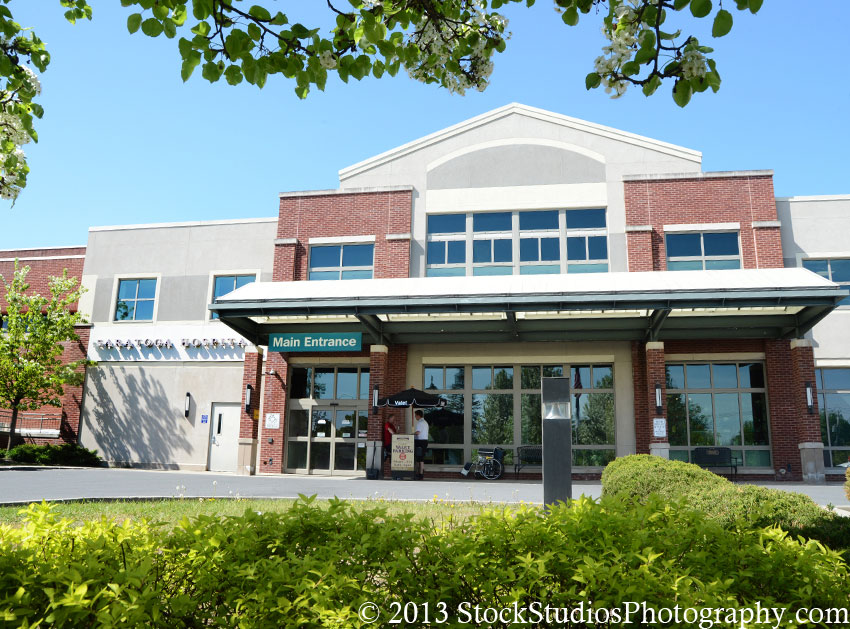 Saratoga Hospital, on Church Street in Saratoga Springs, will tear down the Cramer House and get a three-story 34,000-square-foot building, expandable in the future to five stories

Bids are being received this month for
the $31 million construction and renovation
project at Saratoga Hospital that will result
in additional operating rooms, more intensive
care unit space and upgrades to the existing
operating room suite and intensive care unit.

The first step of the project is demolition
of the Cramer House on the hospital property
off Church Street in Saratoga Springs, built in
1916 for a nursing school and most recently
home to the Saratoga County Department of
Mental Health. That agency is moving to newly
renovated space on South Broadway.

Work has started on removing asbestos from
Cramer House, mostly asbestos tile flooring,
according to Kevin Ronayne, vice president for
operations and facilities at the hospital, who is
coordinating the entire project.

If the project proceeds as planned, Cramer House will be demolished in December.

“This is a very complex project with a lot of phasing,” Ronayne said. For example, the new operating rooms have to be completed before renovation work can begin on the existing operating rooms.

When new construction can begin “depends on how cold it gets and how fast” this fall and winter, Ronayne said, but he anticipates getting a good start on the outside work before winter sets in in earnest. Inside work can begin as soon as a contractor is chosen and is ready to begin.

The addition to the hospital will be a three story 34,000-square-foot building, expandable in the future to five stories. This project comes only four years after a major expansion of operating room space. The addition will add three more operating rooms. Seven current operating rooms will be upgraded and expanded to accommodate modern equipment. A 19-bed intensive care unit will also be added, said Ronayne.

The project will be financed with tax-exempt bonds issued through the Saratoga County Capital Resource Corp., an agency similar to an industrial development agency. But, unlike an IDA, it is qualified to finance projects of non-profit entities like hospitals.

Ronayne said the hospital has received all the necessary approvals for the bonds and he expects the hospital to close on them in December.

The project has reached this stage by a circuitous route of city, county and state approvals. The city Planning Board approved the site plan in late October. The Design Review Commission approved the design and there was a declaration of no significant environmental impact, allowing the project to proceed without a full environmental impact study. The state Department of Health issued the required Certificate of Need.

Bid packages were sent to eight contractors, primarily local contractors, according to Ronayne. He found “quite a bit of interest” in the project. The contractors have been asked to submit a guaranteed maximum price bid that incorporates all necessary work by subcontractors.

He expects work on the intensive care unit to be completed in about 12 months. Surgeons should have access to the new operating rooms in about 18 months. In all, the project is expected to take about two and a half years. During that time, “we will interrupt as little as we can” of normal hospital operations, he said.

Ronayne estimated total costs at $21 million for construction; $8.7 million for furniture, fixtures and equipment; and $1.6 million for “soft costs,” such as architects, engineers, and legal expenses.