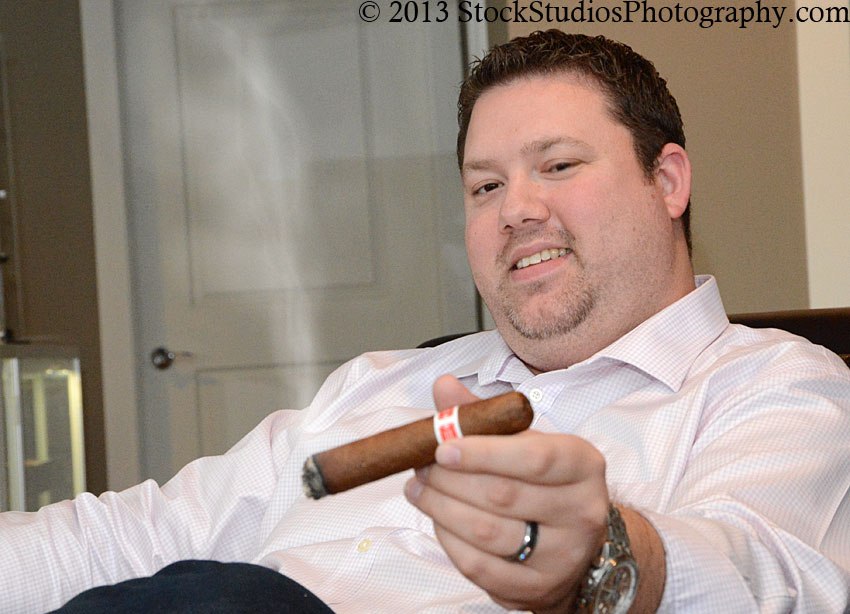 Stephen Pintuff opened the Adirondack Cigar Shoppe at 63 Putnam St. in Saratoga Springs in November where people can purchase cigars and also enjoy them in the store

Stephen Pintuff smoked cigars for about
13 years–considered himself “passionately”
involved in that hobby for about three
years–when, in January, he put forth to his
wife, Becky, the idea that he should leave
his job as a manager at the Empire Vision in
Queensbury and open a cigar shop.
She laughed, he recalled.

Nevertheless, on
Nov. 2, he and his wife became co-owners of
Adirondack Cigar Shoppe at 63 Putnam St. in
Saratoga Springs.

The first-floor space underwent a complete
renovation and is now a spot where people
can not only purchase cigars, but relax in a
comfortable setting and partake.

Pintuff said the customer base, to date, ranges in age from 20s to nearly 80, with more men than women, though women are welcome. (Becky Pintuff is a cigar smoker.) He said the shop provides a lounge for their customers with leather-upholstered furniture and television sets, generally tuned to news and sports channels, as a place to be able to “sit down, sit back, take a moment and enjoy it.”

Most cigars in the shop come from Honduras, the Dominican Republic, and Nicaragua, with some Floridian cigars as well. There are numerous brands of cigars including, “a moderately priced selection to appeal to as any people as possible,” Pintuff said. He plans to see what sells best and modify stock accordingly.

He said he would like people to see his shop as a welcoming environment whether they are lifelong cigar smokers who know what they want in a cigar or newer smokers looking for product recommendations.

The shop runs specials, which can be found at the shop’s website, adirondackcigarshoppe. com. Adirondack Cigar Shoppe has a Facebook presence and can be reached by phone at 306-5551. The shop is closed Mondays. It is open Tuesday through Thursday, 11 a.m. to 8 p.m.; Fridays and Saturdays, 10 a.m. to 10 p.m.; and Sundays noon to 5 p.m.