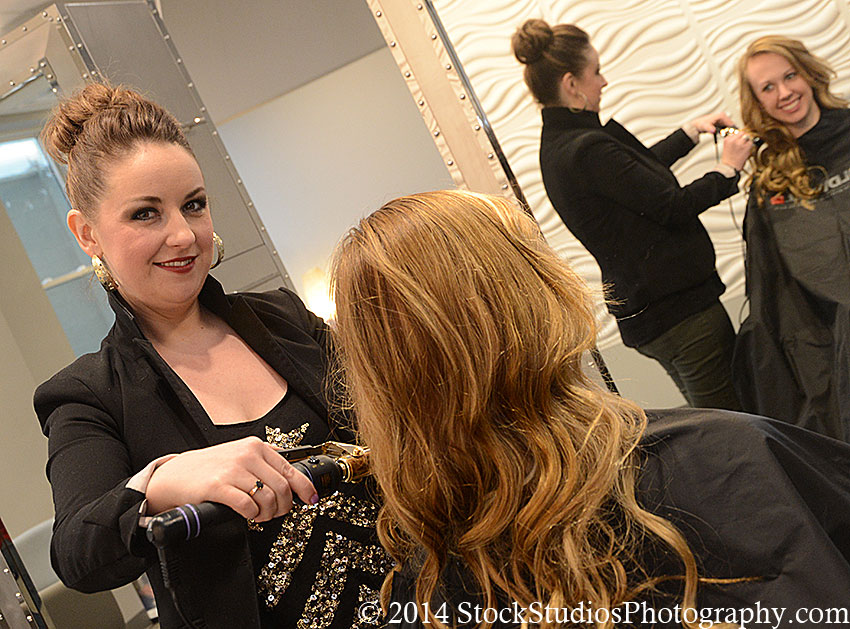 Jen Marshall styles a customer’s hair at Imagine Salon Studio, a business located in the new Washington building at 422 Broadway in Saratoga Springs

Kimberlee Peart, growing up south of
Saratoga, had always had a dream of having
a business on Broadway in Saratoga Springs.
She ended up, however, spending much
of her life in the corporate technical world,
working most recently for a large international
company with offices in Connecticut.

When that company downsized by 40 percent
of its work force, Peart found herself
unemployed. She decided, with encouragement
from a friend, Diane Casey, owner of
Esthetiques European Skin Care Clinic in
Saratoga, that it was time to leave Connecticut
and come back to her Saratoga dream.

She set to work to put herself through
cosmetology school with a goal of opening
her own salon.

Now, she and her business, Imagine Salon Studio, share second floor of 422 Broadway DOT Seeks Public Comments On Plans To Improve Rail Service, NYC To Niagara Falls with Esthetiques, a relatively new building whose first floor is occupied by Northshire Books. With both Esthetiques and Imagine all on one floor, Peart sees a whole spa feel for clients arriving on the second floor.

Salon specialties include curly hair, color, and keratin treatments. The salon offers a new nail treatment called A.N.C., which Peart says is healthier for nails than gels, which can result in nail damage.

Hours are Tuesday through Thursday, 10 a.m. to 7 p.m.; Friday, 10 a.m. 6 p.m.; And Saturday, 10 a.m. to 5 p.m. Walk-ins are welcome. Upon request a client will be able to set appointments for before or after regularly scheduled hours.

Imagine Salon Studio has a Facebook presence and can be reached by phone at 682-4410. Peart can be emailed at kim@imaginesalonstudio.com.