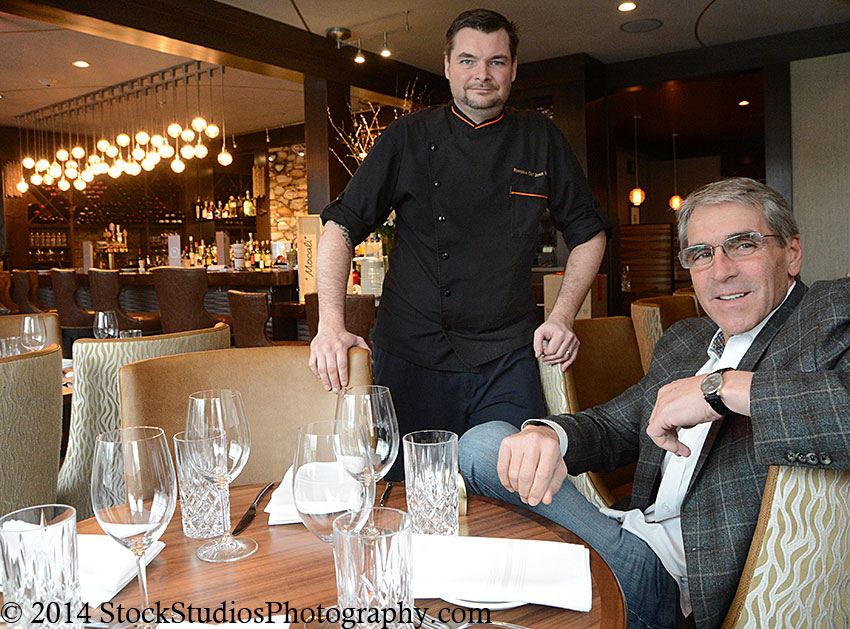 The restaurant is located in the building next
door to the Post Office, a building that was vacant
for many years and underwent a total refurbishing.
The restaurant and bar seats 65 people. The
addition of an enclosed patio, with fountains and
heaters, is expected to double the capacity when
it opens in the summer.

McCullough has managed McGuire’s in Albany
and Creo in Guilderland, among other restaurants.

Burke Brothers Co. of Malta, a firm that owns or operates 35 Dunkin’ Donut franchises and has done construction projects like the Fox Hollow subdivision in Clifton Park and developed some Walgreens stores, bought the building and carried out the restoration.

Because of the small size of the space, McCullough said he did not plan any “grand opening.” Instead, he hosted a series of small cocktail parties, mostly for family members and friends.

While McCullough looks after the front of the house, his wife and co-manager, Susan Diep, manages the bar and takes care of most administrative details. She has “the biggest job in the whole little space,” according to her husband.

She also designed the restaurant’s logo and graphics. Diep, who is Vietnamese, comes from “a restaurant family” and was involved with Mi Linh, the Vietnamese restaurant on Delaware Avenue in Albany.

Jason Baker, formerly the chef at J.P. Baker’s in Greenwich, is executive chef.

McCullough said the building “would have come down in another year” if no one came along to rescue it. Instead, Tom Burke purchased the building and undertook a major renovation..” “The interior is stunning,” McCullough said, noting that Burke used only the best materials, spending some $2 million on the renovation.

15 Church will feature prime beef and fresh New England seafood, much of it prepared in simple, straightforward presentations. McCullough said among its offerings are a four-course “pre-theater” menu for $35 per person. To get the special, diners will have to arrive at 5 p.m. and be seated by 5:45 p.m.

The restaurant is open Tuesday through Sunday, and is closed Mondays until track season. The bar opens at 4:30 p.m. and the restaurant, at 5 p.m. McCullough plans to also be open on Mondays during the track season.