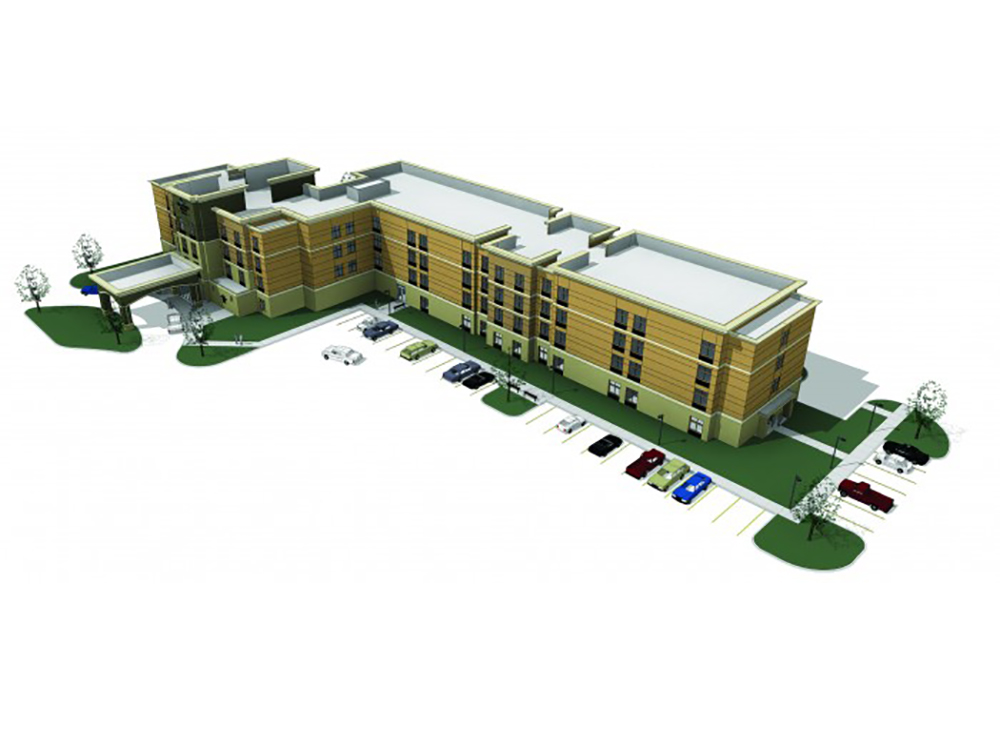 Homewood Suites by Hilton, a new four-story, 96-suite residential-style hotel being built in Clifton Park, could be completed in early 2015, according to DCG Development

Bast Hatfield is the general contractor, as
it is on the Embassy Suites Hotel being built
by DCG in Congress Plaza in Saratoga Springs.
The Clifton Park project is expected to be
completed in early 2015.

There is already a Hilton Garden Inn at Clifton
Park Center Mall, but officials said the two
are not in competition. The current 104-room
Hilton Garden Inn is a traditional hotel for
overnight guests, opened by DCG in 2011. The
new Homewood Suites by Hilton is for extended
stays. The rooms will include a full kitchen.

The hotel will have a pool, and a fitness center. It will also have one- and two-bedroom suites with fully equipped kitchens, separate sleeping and living spaces, work space, complimentary Internet service, a daily hot breakfast, and evening dinner and drinks Monday through Thursday. A grocery shopping service will be made available.

According to DCG, no public restaurant is planned for the business. Food will be provided to guests of the hotel only.

DCG officials said they have experienced an increased demand for extended-stay options in Saratoga County, influenced by GlobalFoundries computer microchip plant and the College of Nanoscale Science and Engineering, both nearby in Malta.

“We are thrilled to break ground and partner again with Hilton Worldwide to bring this award-winning, extended-stay brand to County,” said DCG President Don Greene. “The Homewood Suites will provide a new option for those needing the comforts of a home away from home.”