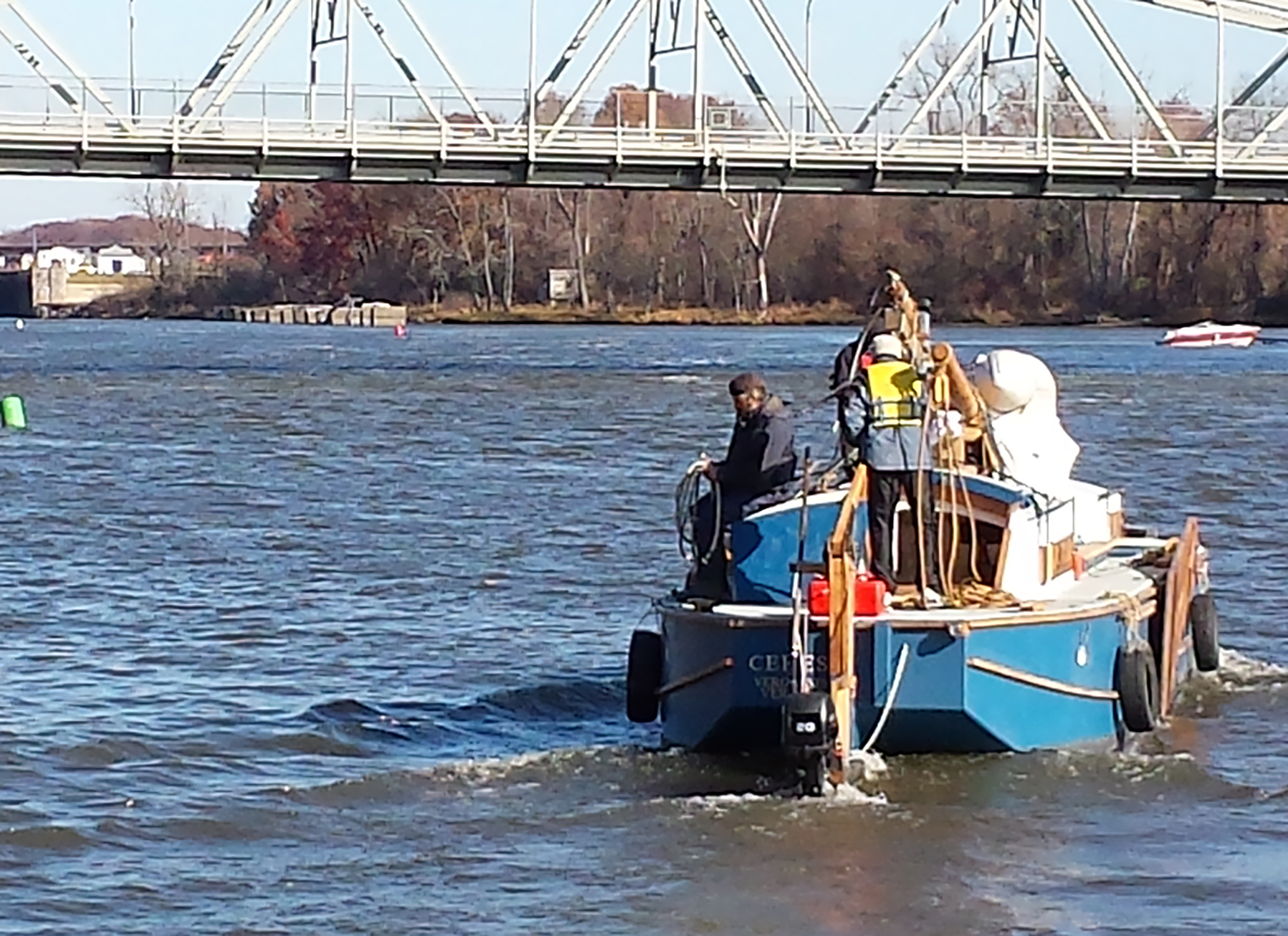 This vessel, Ceres, sailed the Hudson last year, stopping in places like Mechanicville, carrying produce and locally made goods to ports as far south as New York City

Barges full of cargo routinely ply the tidal
Hudson River, but have appeared much less frequently
north of the Troy Lock in recent decades.

For example, a giant piece of equipment was
delivered in late 2013 to semiconductor maker
GlobalFoundries via the Erie Canal. At the other
end of the spectrum, a small, 12 ton wooden
sailing vessel, Ceres, built by hand on a Vermont
farm, headed south from Lake Champlain with
a cargo of farm produce and locally made goods.

Stopping in Whitehall, Fort Edward, Mechanicville, Troy, Hudson, Kingston, Poughkeepsie, Newburgh, Tarrytown, and Manhattan, its final destination was the former Brooklyn Navy Yard in New York City, where a large market afforded the opportunity for the crew to sell the remainder of its wares. Then the hold was filled with a back haul of imported coffee and other goods for the return trip north before the Canal System closed for the winter.

The Vermont Sail Freight Project is the brainchild of founder Erik Andrus, who owns a Ferrisburgh, Vt., farm along with wife Erica and family. The maiden voyage of Ceres was to prove that, even in the 21st century, wind power, intelligent planning, navigating and a network of support could provide a distribution channel for farms to economically deliver their products to distant markets.

“A good portion of the damage conventional agriculture does to society and the environment is through our overblown, corporation dominated distribution systems,” said Andrus.

“The idea of a small, producer-owned craft sailing goods to market, perhaps even a distant market, is an alternative to this system.”

It is believed that Ceres presents a viable option for transportation of agriculture products. A second voyage south is planned soon, with a visit to Mechanicville on June 7 and the Waterford Farmers Market on June 8. There will be a return trip in July.

As part of the Saratoga County Community Development Program sponsored in part by the Saratoga County Economic Development Committee, the Chamber of Southern Saratoga County is working with several alternativefueled marine projects, as well as a land-based option with Sysco Albany, to develop new distribution channels for local farmers who wish to export their products to the Hudson Valley and points south.

A meeting was held at Riverview Orchards in Rexford at the end of March, and additional discussions are planned. For more information contact the Chamber at 371-7748 or email pete@southernsaratoga.org.

Bardunias is president and CEO of the Chamber of Southern Saratoga County.