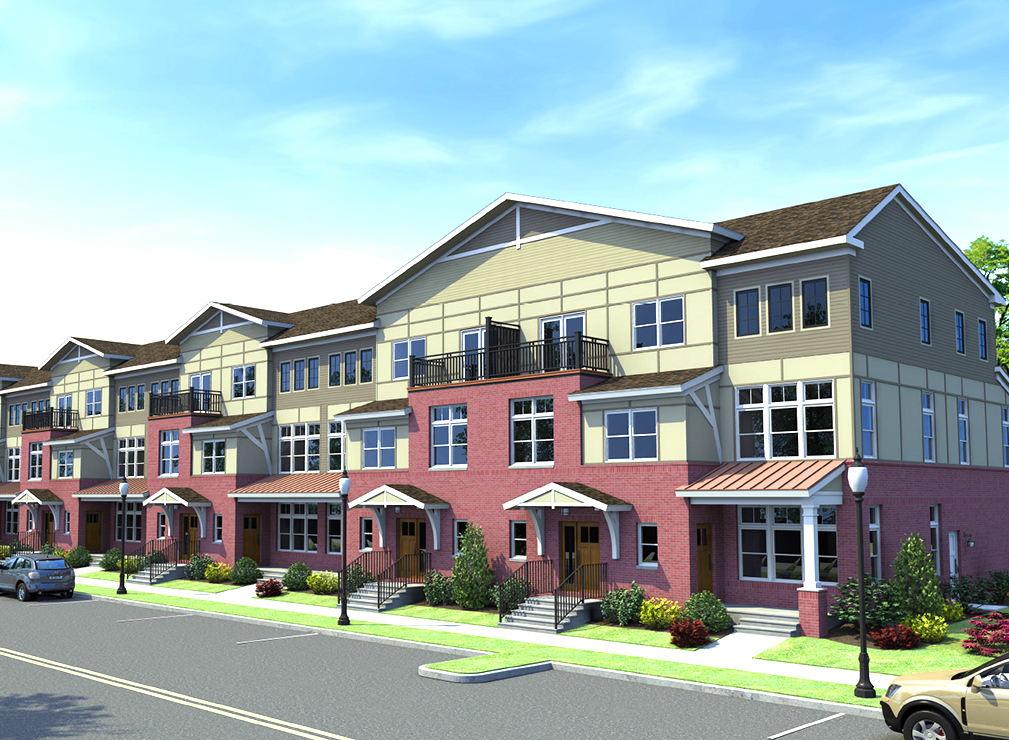 This architect’s rendering shows what the proposed development would look like at 48 Saratoga Village Boulevard, south of Route 67, in Malta

Hayes Development is awaiting approval
from the Town of Malta for its revised plans
to construct The Lofts at Saratoga BLVD
development.
Originally approved as a group of “midrise”
apartment buildings, the revised plan
calls for 214 garden-style apartments on the
nine-acre site.

The change in plans was prompted by appraisals
and market studies that indicated
that present and future demand for garden
apartments would be greater than for more
conventional apartments, according to Robert
Hayes, president and co-owner of Hayes
Development.

The apartments would be one-, two- and
three-bedroom units with attached garages,
ranging in size from 950 to 1,250 square feet.
They are planned as rental units but Hayes
said he was not yet ready release information
about the probable rental charges.

The development will be located at 48 Saratoga Village Boulevard, south of Route 67, in Malta. The plans were prepared by Paul Newman of Cohesion Studios, Inc. in Troy. AM builder has not been selected yet, Hayes said.

If the revised plans are approved, construction will begin this year and be completed in approximately two years, according to Hayes. Hayes Development Company has identified strong demand for market-rate, conventional apartments in Malta, said Hayes.

He said demand for this type of housing is being driven by several key indices including local population and employment growth stemming from the ongoing multi-billion dollar investment by the microchip manufacturer, GlobalFoundries.

The developers plan to use an eco-friendly urban design for the apartment buildings. The exterior design is a blend of traditional and modern styles, which will complement and enhance the existing downtown architecture, said Hayes. To create a greater sense of privacy, each resident will have a separate garage and front door entrance, eliminating commons areas. The buildings will be constructed on concrete slabs with both one covered and one uncovered parking space for each apartment.

The project is in the downtown district of Malta, about two miles from GlobalFoundries and a mile from the new Albany-Saratoga Emergent Care Center. The site consists of 8.84 acres easily accessible by Exit 12 of Interstate I-87 and Route 9. Hayes said given the properties visibility and proximity to the interstate, Lofts at Saratoga BLVD could also appeal to people who work in Albany, about 20 miles away.