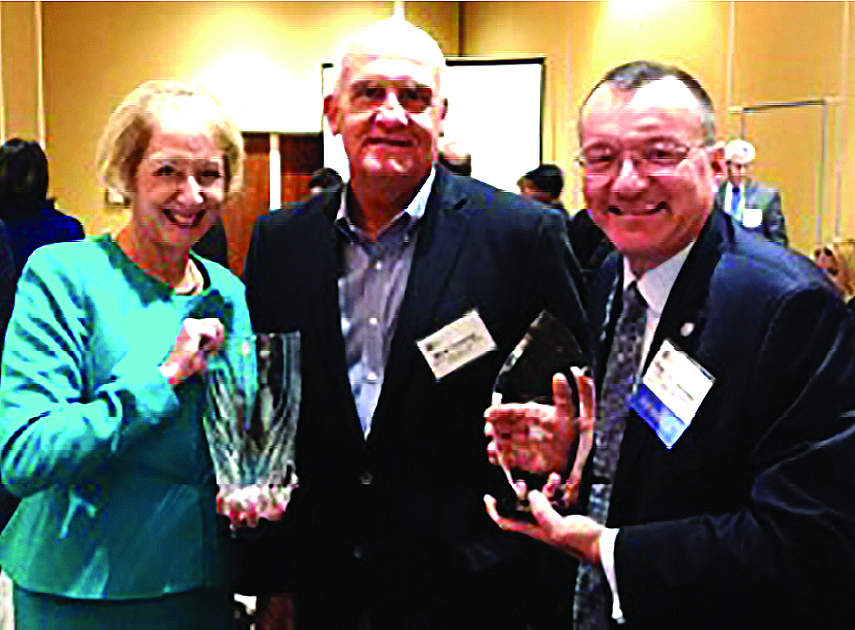 The Chamber of Southern Saratoga County
is the winner of the Business Council of New
York State’s Chamber of the Year award for
2014.
This award, presented at the Business
Council’s 2014 annual meeting in September,
honors an outstanding Chamber of Commerce
and its leadership team.

“We are really proud to be longtime supporters
of the Business Council of New York
and very humbled by this prestigious award,” said Pete Bardunias, president and CEO of the
Chamber of Southern Saratoga County. “We
worked very hard to become leaders in marine,
agriculture, manufacturing, retail, hospitality
and community/microeconomic development
and are thrilled that these efforts are being
recognized.”

He added, “None of this would have been
possible without our dedicated staff, a strong
and supportive board, and every single one of our members, partners and
sponsors. Thank you to Heather Briccetti and the Business
Council of New York state for bestowing this
great honor upon us.”

The Business Council Chamber of the Year
Award is given each year to a Chamber that
displays a positive commitment to pro-business
activities within their community and the state.
Nominated Chambers are judged on factors
including: the quality programs and services
provided, fiscal responsibility demonstrated,
and commitment to membership and the
community.

In the past year, officials said the Chamber
of Southern Saratoga County has grown its
membership by 2.4 percent, adding 25 net
new members, and in the past three years the
membership growth has been 14.3 percent,
from 927 to 1,060.

The Chamber is also a leading advocate for
the Capital Region Maritime Center and efforts
to assist the U.S. Navy in better utilizing
the facilities at the Alplaus location. Chamber
officials said they are pursuing alternative energy
fueled marine delivery vessel startups
with several local consortiums.

The Chamber of Southern Saratoga County
is a membership-based business organization
representing business in the region for 47 years.

Its mission is to work for members, customers
and stakeholders to create a successful business
environment, provide valuable resources
and be a vigorous advocate for the business
community, enhancing the quality of life in
Southern Saratoga County.