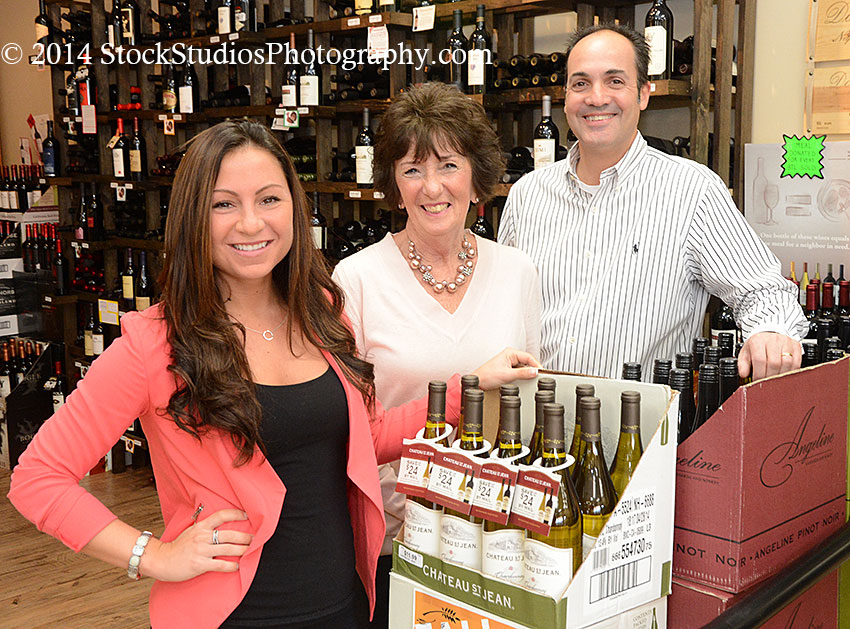 Sean and Katie Kane have operated Trotta’s
Fine Wine & Spirits for 20 years in Great Barrington,
Mass. The Kane family has roots in
Saratoga Springs: Sean grew up in the city,
Katie attended Skidmore College, and both
their children were raised in Saratoga. The
family felt a pull to open a second location in
Saratoga.

The business is now in its fourth generation
of ownership.
“My daughter is learning the business and
I’m hoping she sends me into an early retirement,”
said Sean Kane.

Kane’s Fine Wine & Spirits carries a variety of wines and liquors from all over the United
States and world. There are several different
price points to meet customer needs.
“What product do you like? What do you
want us to carry?” Kane asks his customers. He
is eager to understand the needs and wants of
his customers and stock his store accordingly.

The staff at Kane’s Fine Wine & Spirits are
happy to assist people with their holiday shopping
needs. For the holidays, Kane suggested
pairing a California cabernet with a beef roast.
A sparkling French champagne or an Italian
prosecco are great celebratory wines, he added.

Located in downtown Saratoga just two
blocks from Broadway, Kane’s offers off-street
parking and a hometown atmosphere. In the short amount of time the store has been open,
the Kane family has already had a lot of success.
“I had people trying to get into the shop before
we were even open,” said Kane. “It showed
me there was a need for this downtown.”

Wine tastings will be offered every Friday
evening, with occasional Saturday pourings
as well. The staff will feature new wines and
show customers how to pair them.
On the company Facebook page, every Tuesday
the store will showcase cocktail specials.