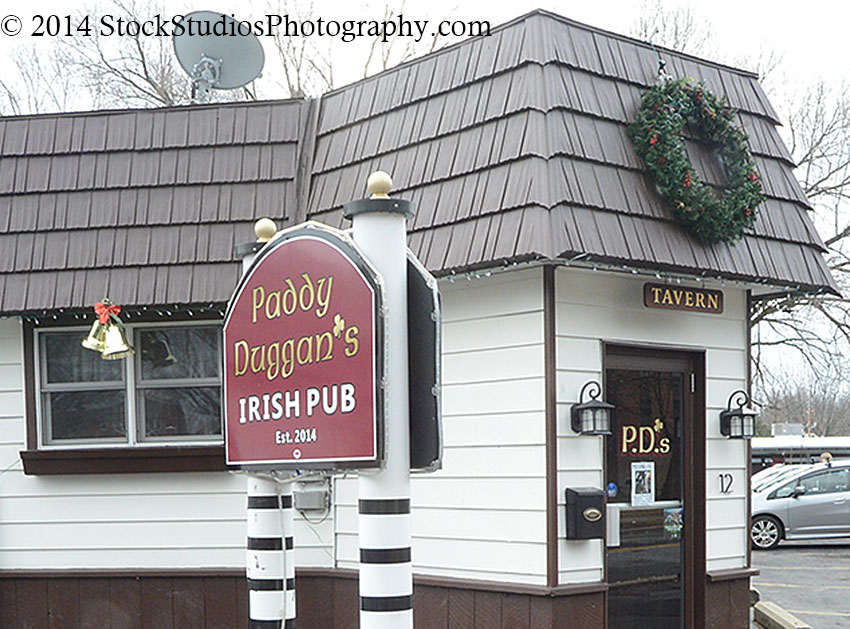 Opened in the summer, it is known among locals
as the site of the Gaslight Lounge for many years.
It’s most recent iteration before becoming a new
Irish sports-themed bar was the Starting Gate.
Paddy’s was opened almost inadvertently by
owner Patrick “Paddy” Duggan.

Duggan was born in the Bronx of Irish parents,
but returned to Ireland where he went to school.
His accent is of the Emerald Isle and not New York
City. His parents ran a bar in Ireland, but also in
Astoria, Queens, in the 1970s, so Duggan has been
around the business for much of his life.

In fact, for about the last decade, he has owned
and operated Paddy Duggan’s Pub in Sunnyside,
Queens. His brother operates Jack Duggan’s Pub
in Floral Park, Long Island.

Like many tourists from downstate, Duggan
had been coming to Saratoga Springs for the last
10 years or so with his father for the annual meet
at Saratoga Race Course.
“I love the people. I love the town. I didn’t intend
to buy this place. It just fell into my lap and I said,
‘Why not?'”

Once the decision was made, Duggan and staff
worked hard to get the pub open by the start of
the race meet. The interior was refurbished. They
finished in time.

The bar has plenty of televisions for sports
fans and offers and array of fine beers, as well as
domestic product.
The menu includes the traditional Irish bangers
and mash, a dish made of mashed potatoes and
kinds of specialty sausages. The bangers are imported,
said Duggan.

Guinness battered fish and chips, as well as
corned beef and cabbage, are also dishes with an
Irish tinge. But customers can get burgers, salads,
wraps, club sandwiches, Reubens, chicken wings,
Nathan’s hotdogs and even a New York strip steak.
The fries are fresh cut.
Pizza was always popular at that location and it remains so at Paddy Duggan’s, the proprietor noted.

The chef is Mike Laudicina. Duggan splits time
between Queens and Saratoga, so the local pub is
managed by Veronica Murtagh.

Duggan said the 2014 track season was good and
some customers from his Queens establishment
found their way to the new spot. Business continues
to be good and more growth is expected.

While there is plenty of seating for diners, Duggan
said he plans to extend the bar area into what
is now the dining room, and convert a currently
unused dining room into the actual dining room.
As of now, the bar caters indoor parties, from
small groups to up to 100 people, he said.