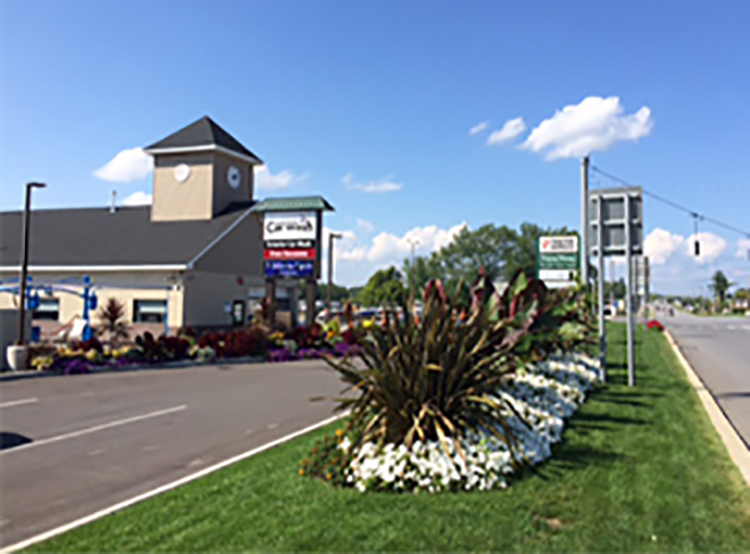 Hoffman Car Wash will be building another facility in southern Saratoga Springs, at the corner of Northline Road and Route 50. Officials say it will look like this one in Amsterdam.

Hoffman Car Wash will soon be expanding
into Saratoga Springs.
The car wash chain will be building its 22nd
location in southern Saratoga Springs, located
at the corner of Northline Road and Route 50,
according to Tom Hoffman, CEO of Hoffman
Car Wash.

Adirondack Trust Co. and Stewarts are located
near the future site.
The closest Hoffman’s location is in Wilton,
near Applebee’s and Walmart.
“It’s one of our busiest locations,” said Hoffman.

“There’s a need for another car wash. It’s
always exciting to build something new.”
Hoffman said the new car wash will be extremely
successful.

The project is currently under the final stages
of the approval process in front of the city Planning
Board. Once approved, the company plans
to start construction and hopes to open the new
car wash before the end of 2015.

Hoffman said the company will invest between
$2.5 to $3 million in the project.
The car wash will be styled after the Hoffman
Car Wash that opened in Amsterdam a couple years ago, said Hoffman. The facility will have
an exterior car wash, so that customers can
stay in the car while their car is being cleaned.
It will also feature a free self-service vacuuming
station.

A popular service is the unlimited car wash
club. Members pay a monthly fee to be able to
wash their car as many times as they want.
Hoffman Car Wash started in 1965 in Albany.
Since then,it has expanded with locations from
Kingston to Queensbury. It is a family owned
company that CEO Hoffman has been involved
with his entire life.

Aside from the Hoffman Car Wash locations,
the company is also a franchisee of several Jiffy
Lube locations.
This year, Hoffman Car Wash is celebrating its
50th year in business. Hoffman said he is excited
to be a part of the community and has no plans
to expand outside of New York state.