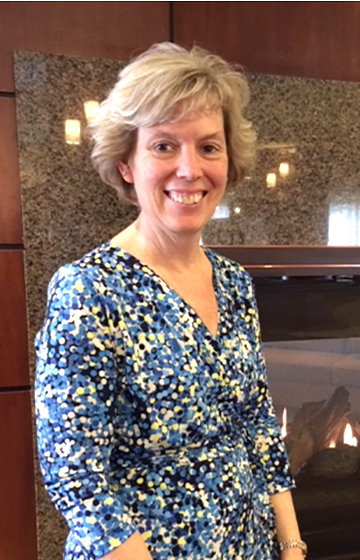 Megan Hennessey of the Courtyard by Marriott Saratoga Springs.

Megan Hennessey of the Courtyard by
Marriott Saratoga Springs was elected
chairwoman of the Executive Committee of
the Saratoga Convention & Tourism Bureau
at its 30th annual meeting on March 19 at
the Hall of Springs, Gideon Putnam Resort
& Spa.

About 125 people attended, including
members, government officials and past
chairmen.

Elected to serve on the committee for
2015-16 with Hennessey were Dan Fortier
of Embassy Suites Saratoga Springs, immediate
past chairman; Thomas Newkirk of
Saratoga National Golf Course, chairmanelect;
Shawn Goodway of the Saratoga
Hilton, treasurer; and Steve Wilcox of Fingerpaint
Marketing, at-large officer.

Elected to serve three-year terms on the
board of directors were Christine Harmon of
West Side Sports Bar & Grill, A.J. Bodden of
Townsquare Lifestyle Events, and Rita Cox
of Saratoga Casino and Raceway.

Also, to commemorate the 30th anniversary,
the bureau and Simpson Square Media
Group worked on a redesigned website for
www.discoversaratoga.org. The bureau site
is an online destination guide for visitors
and group event planners with a principal
means of attracting conventions, meetings,
and many other groups to the Saratoga area.

“The Saratoga Convention & Tourism
Bureau is an unheralded, but vital, driver of
the Saratoga County and Saratoga Springs
economies, and its website has long been
an important marketing tool,” said Michael
Conlin, president, Simpson Square Media
Group. “Our goal with the update was to
improve its usefulness as a tool by making it
mobile compatible, easier to navigate and a
more direct guide to our region’s businesses,
events and attractions.”

The bureau also worked with Fingerpaint
Marketing to come up with a new logo. Garofano
said working with the Fingerpaint team
“was a rewarding process in itself. It helped
us recognize and understand the important
economic and social impact the Bureau has
on our local community.”