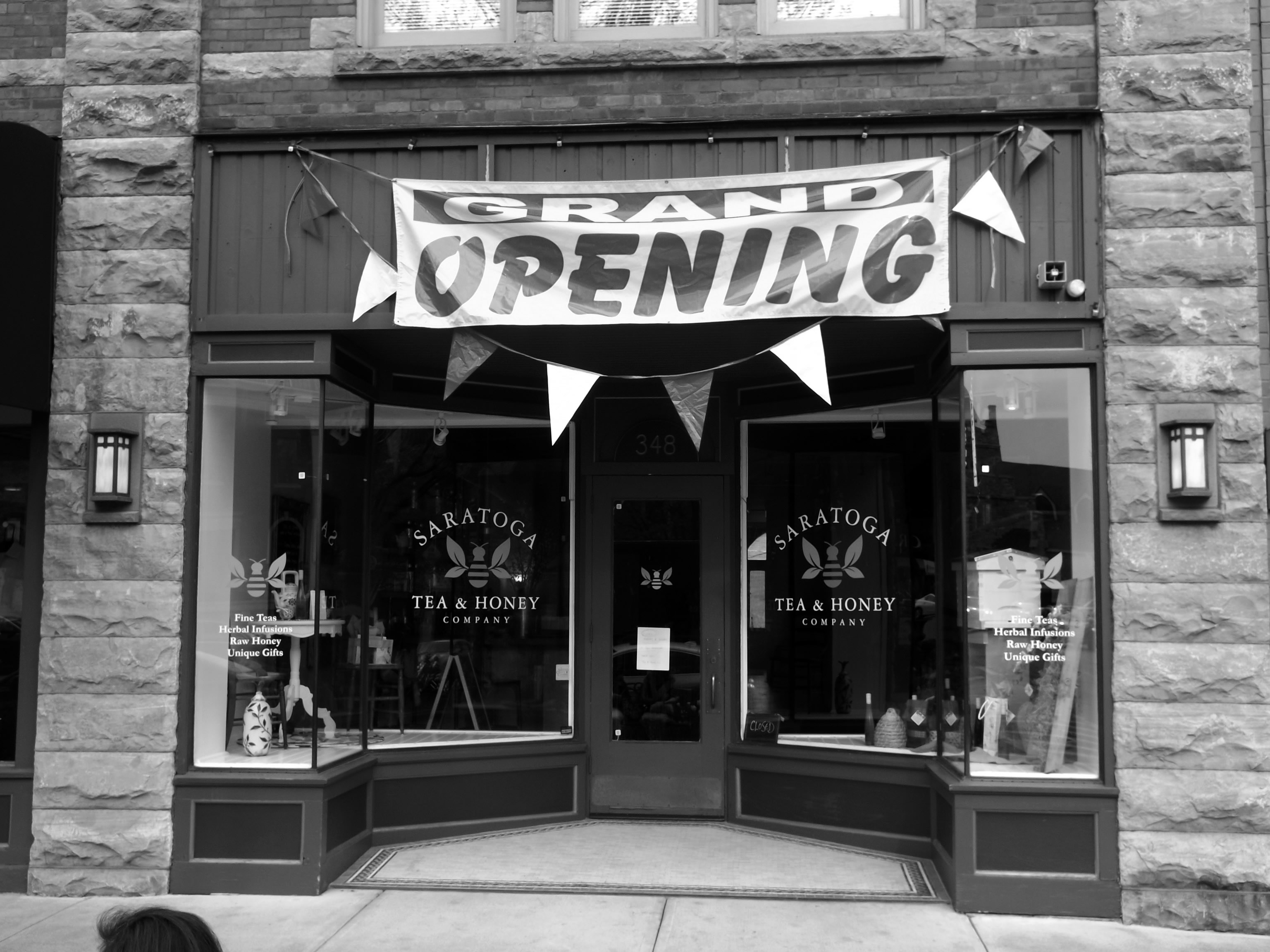 Saratoga Tea and Honey Co. opened this month on Broadway in Saratoga Springs. It includes a tea bar where people can sample product from all over the world

Saratoga Tea and Honey Co. opened this
month at 348 Broadway in Saratoga Springs.
The location was previously home to Symmetry
Gallery, which closed in December.

The business is co-owned by Clint and Barbara
Braidwood, who also own Saratoga Olive
Oil Co. nearby at 484 Broadway.

The manager of Saratoga Olive Oil Co.,
Hayley Miller, is also a co-owner, along with
her husband Alex Miller, who is manager of
Boca Bistro on Broadway. Together the team
brings several years of experience in the food
and restaurant industry, as well as the health
and medical fields.

The Braidwoods worked in the pharmaceutical
field before opening Saratoga Olive Oil
Co. and have spent years advising customers
on the health benefits of olive oils. Now, they
are excited to introduce the advantages of tea
and honey to customers in Saratoga.

The store sells teas from all over the world.
There are 57 teas for sale, including black,
green, and white. All teas are loose teas. A tea bar is set up where people can sample
teas. Different herbal and fruit infusions are
available.

“We’re very passionate about food and our
products, and about providing an education
to the customers that come in,” said Miller.
The store also carries a large selection of
teaware and tea accessories.

One of the intriguing parts of tea drinking
is the price point, said Miller.
“You can drink a really high quality tea
and it will still cost less than $2,” Miller said.
Almost everything in the store costs less than
$20.
The store carries several different kinds of
honey, including wildflower, clover, and alfalfa.
All honeys are raw and many are locally are
produced.

“We’re really excited about it,” said Miller of
the business venture. “People are paying more
attention now to where their food comes from.”