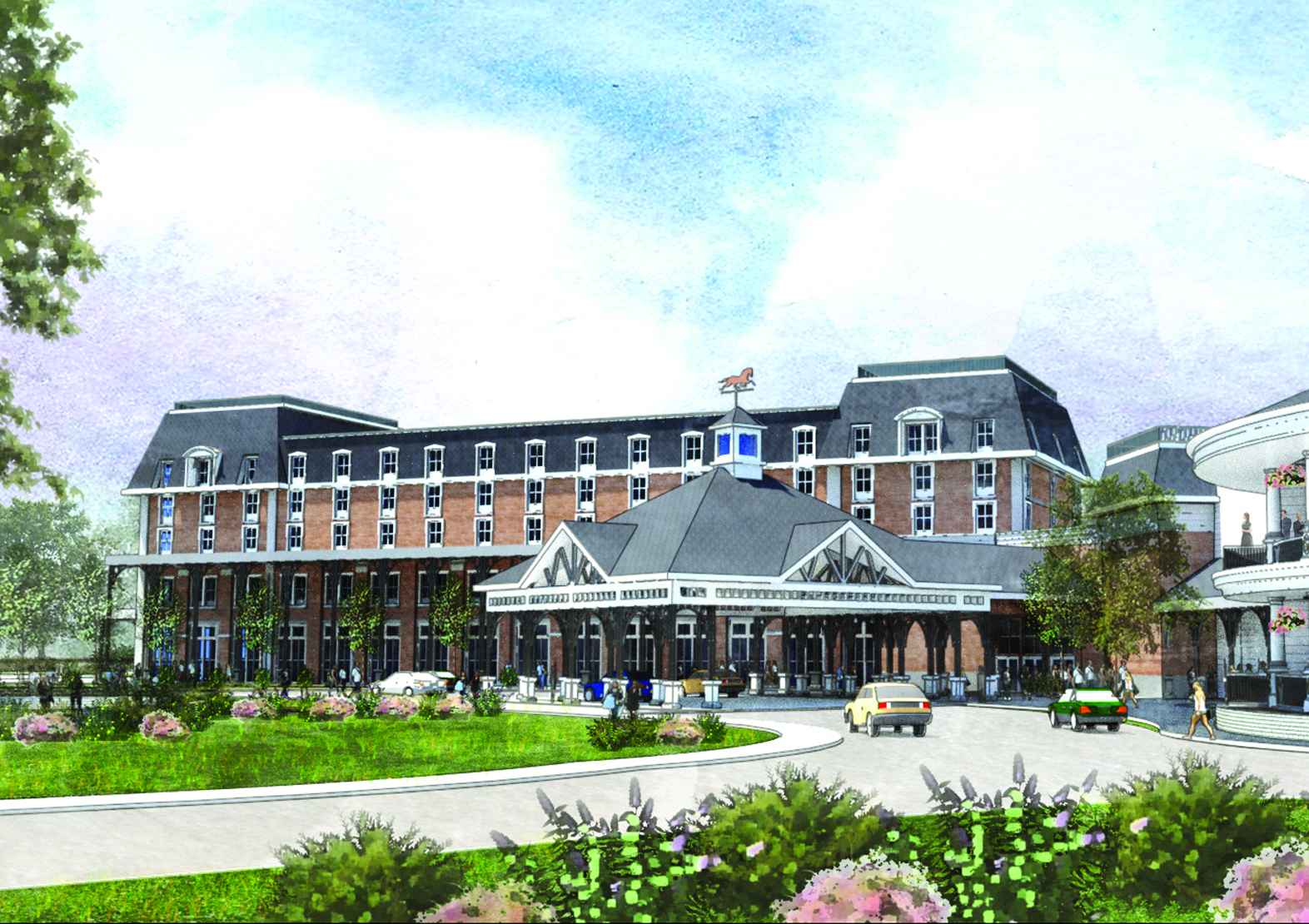 This architect rendering of the completed $34 million Saratoga Casino and Raceway expansion shows the new hotel, expected to open in the summer of 2016.

Saratoga Casino and Raceway officially
broke ground in late May on its $34 million
hotel expansion during a ceremony with local
and state officials including Assemblywoman
Carrie Woerner, Saratoga County
Board of Supervisors Chair Matt Veitch and
Saratoga Springs Mayor Joanne Yepsen.

Expected by casino officials to be open
by the summer of 2016, the 123,000-squarefoot
expansion will add a 4-star quality
hotel to the existing entertainment facility.

Amenities in the 108-room hotel will
include an indoor pool and fitness center,
lobby bar, meeting rooms and signature
fine dining restaurant.

“This is a transformational project,” said
Dan Gerrity, president of Saratoga Casino
and Raceway. “This hotel will give guests
something they’ve been long requesting,
and will allow us to remain a competitive
economic driver in the region for years
to come.”

The new hotel will be constructed by
joint venture Kirchhoff-Consigli Construction
Management and Tishman Construction,
an AECOM company and designed
by JCJ Architecture, the same firm that
designed the casino’s original gaming floor as well as the 2007 expansion featuring
additional gaming space, the Garden Buffet
and Vapor.

The project is estimated to generate
more than $5.4 million in statewide economic
output and $1.75 million in state
and local tax revenues, according to casino
officials. The year-long construction
process will create an estimated 400-500
temporary union construction jobs, officials
said.

Upon opening in 2016, an additional
200-300 jobs with benefits will be created.
Currently, Saratoga Casino and Raceway
employs 400 full-time and 200 part-time
employees in the Capital Region.

Current career opportunities include
full-time and part-time positions and
are available in a wide range of departments,
including food and beverage, slot
operations, security, cage operations, accounting,
maintenance, racing operations,
pari-mutuels, housekeeping and IT.

Officials said Saratoga Casino and Raceway
attracts more than 2 million visitors
annually and has generated more than
$750 million for education in New York
state since opening on Jan. 28, 2004.