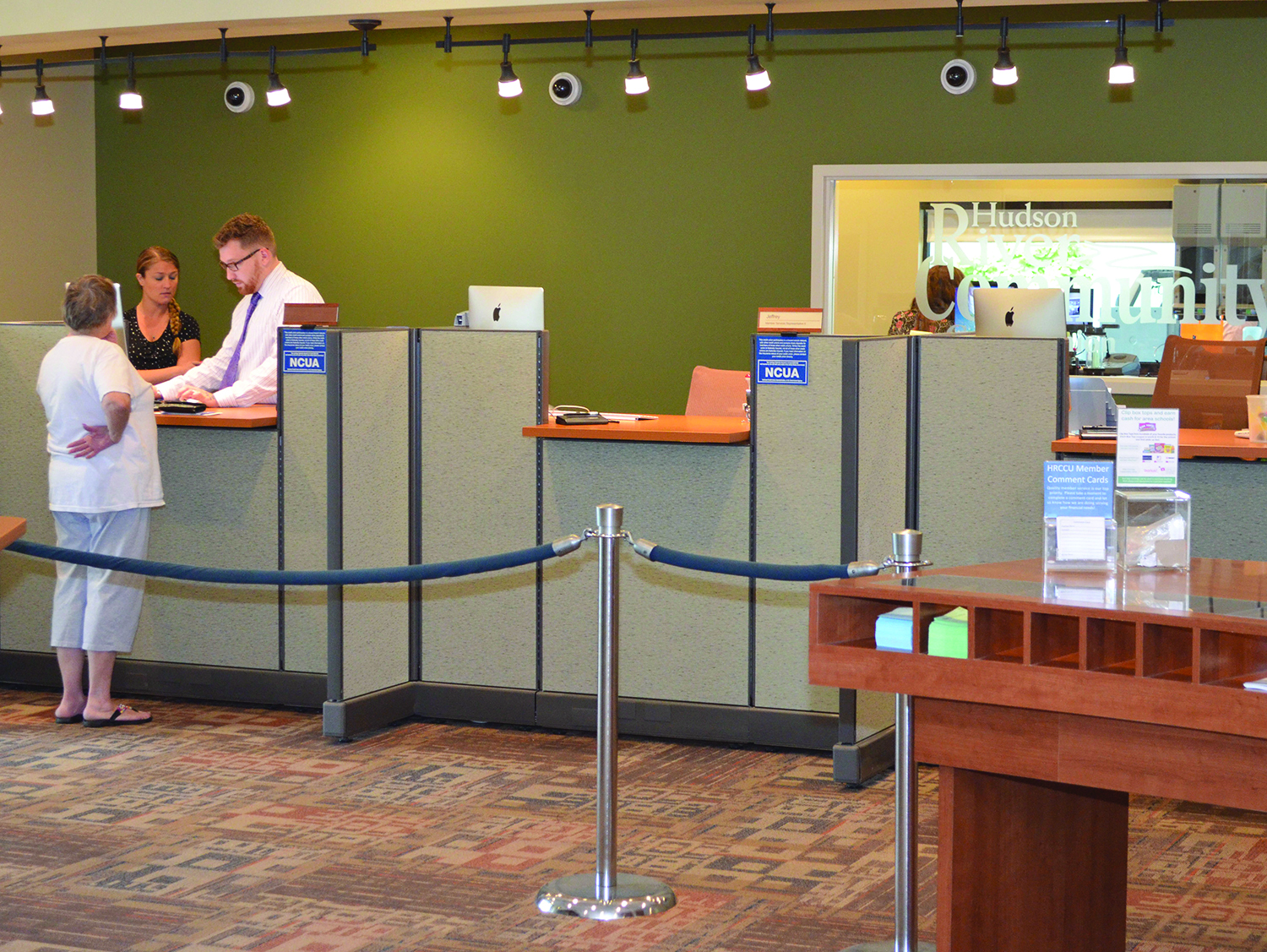 A comfortable lobby is among the features of the new Hudson River Community Credit Union office at 312 Palmer Ave. in Corinth. The building was built by F. H. Alexander of Ballston Lake.

Hudson River Community Credit Union (HRCCU)
management, staff, and volunteers were joined
by local and regional dignitaries for the ceremonial
ribbon cutting of its new Corinth branch, located at
312 Palmer Ave. in September.

The new building was designed and built by F.
H. Alexander of Ballston Lake, and replaces the
credit union’s original office, built in 1963. Members
of the credit union were asked to submit their ideas
for the building during its design stage. As a result,
the new office features: a redesigned traffic pattern,
a multi-lane drive-thru with dedicated ATM lane,
additional office space and a pleasant waiting area
to better serve their members, officials said.

HRCCU is a nonprofit financial cooperative
owned and governed by its members. Anyone
who lives, works, worships, attends school or
businesses and other legal entities located in
Warren, Washington, Saratoga and Rensselaer
counties or in Cohoes, Watervliet or Green Island,
and their family members are eligible to join.
HRCCU has five branches located in Cohoes,
Corinth, Glens Falls, Hudson Falls and Troy. For
more information, call 654-9028 or 1-800-824-
0700 or visit hrccu.org.