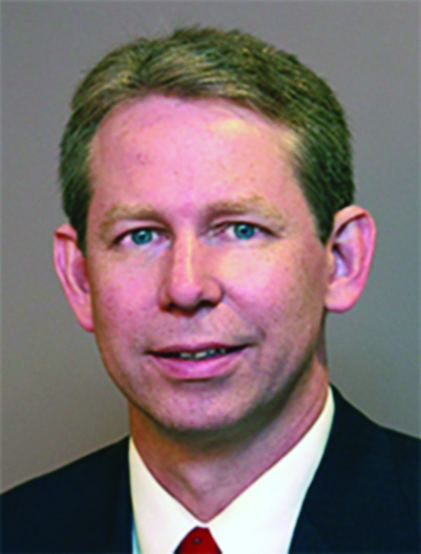 Dale Mullin is a partner with Whittemore,
Dowen & Ricciardelli LLP.

Just before Halloween, Congress played a
trick on future retirees and took away a popular
treat that may cost future retirees thousands of
dollars in benefits. The Senate passed budget
legislation on Oct. 30, approved by the house
earlier in the week that takes away two Social
Security claiming strategies used to increase a
couple’s combined Social Security income.

President Obama is expected to sign the new
measure soon. The file and suspend and file
for restricted claim of spousal benefits are two
strategies that generated higher Social Security
income by earning delayed retirement benefit
credits that will be killed off under the new law
in a real life Halloween financial horror.

The two strategies have been around since
2000 and give the flexibility to file for Social
Security benefits, but then postpone receiving
the income until later. The file and suspend
method allows a spouse or a dependent child
to collect off your benefit at full retirement age
while you continue to work and wait to receive
higher Social Security income in the future.
That opportunity is only available for others to
receive income off your benefit after you have
filed your Social Security claim and is the reason
you have to file and then suspend right away
under this strategy.

For example, a worker born in 1954 has a normal
retirement age of 66 when 100 percent of
their benefit can be received, but they can delay
until age 70 and then start their Social Security
benefit which results in a significantly higher
income at 132 percent of what they would have
received at age 66. Often this makes sense if
continuing to work in your late 60s.

While the working spouse delays taking their
income during these four years until age 70,
they can file for their Social Security benefit
and immediately suspend receiving it to allow
their spouse to become eligible to collect off
their higher work history. The result is the non
working spouse will receive higher income than
if they claimed their own benefit or where they
were not entitled to a benefit because they had
no work history.

The file and restrict strategy works well where
both couples have worked enough to earn Social
Security benefits. Under this method, the spouse
with the lower benefit files and begins receiving
their income. The other spouse files to collect a
50 percent spousal benefit and allows the benefit
off their own work history to continue to grow
under delayed retirement credits.

At age 70, when the advantage of delaying
Social Security income stops and the benefit
reaches the maximum, the person switches from
the 50 percent spousal benefit to claim their own
which is now much higher because of the delay.

The change in the claiming strategies takes
effect in six months on May 1, 2016. While the
details are still evolving, it appears those born
in 1953 or earlier and already 62 in 2015 are
expected to be grandfathered and still be able
to utilize both strategies. The new limited rules
will therefore apply to anyone who does not
turn age 62 in 2015 and may create a shortfall
in retirement income for those future retirees.

A retirement funding gap is bridged by only
a few methods: working longer, cutting personal
expenses or depending more on the children or
other assistance.

The best way to avoid having a retirement income
shortfall is to save more before retirement.
As many people know, saving is not easy these
days and seems to be getting harder all the time,
but is the single most important determinant to
have sufficient assets to do the things you envision
and dream of after you are done working.

Saving by any means and as much as possible,
as mentioned previously is the most important
thing. Many people get hung up on not knowing
the best way to invest the savings or how
to get the highest return and therefore never
get started in putting money away for their
future. The secret is not in finding the perfect
investment, but in regularly saving and being
dedicated to put money away before it inevitably
gets spent. Funding your own retirement
is becoming increasingly important as people
retiring with a pension is a small minority and
likely cuts and changes to Social Security will
erode the retirement income over time. What
you save ahead of time will largely determine
your income in retirement.

To encourage retirement savings, there are
tax benefits allowed through employer retirement
plans and also outside of work through an
Individual Retirement Account or IRA.

The IRS does limit the amount of money that
can be saved by providing annual limits that are
periodically increased for inflation, although
the IRS recently announced the 2016 contribution
limits will stay the same as the 2015 limits.
Employer plans such as 401k, 403b, certain 457
and Thrift Savings Plans allow a worker to defer
up to $18,000 of their wages on a pre-tax basis
and an additional “catch up” amount of $6,000
if age 50 or over for a total of $24,000 per year.

Contributions of $5,500 can be made to a
Traditional IRA (pre-tax) or Roth IRA (after
tax) if your employer does not sponsor a
retirement plan for you at work. If you are
covered by an employer plan, you may still
contribute to an IRA and your employer plan
if your income is below the IRS annual limit.
A $1,000 “catch up” contribution is also allowed
to IRA’s for an individual age 50 or older
bringing the total to $6,500 per year.

Employer retirement plans and IRA’s are a
great way to make regular saving contributions.
Start early and save as much as you
can so you fund your retirement and don’t
get side tracked by any tricks that Congress
may throw our way and so you can treat
yourself to things you dream of in your
many retirement years.