A large-scale study conducted in Japan showed that increased work from home has led to an increase in lower back pain, and Google searches for the words “back pain” reached an all-time high in January 2022. Poor ergonomics in the home office are thought to be partially to blame for the worldwide surge in back pain.

Since the start of the pandemic, chiropractor Dr. Brad Elliott, owner of Elliott Chiropractic in Clifton Park, has seen an uptick in the number of patients seeking care for back, neck, and shoulder pain.

“Home workstations have kept providers like me busy,” he said. “There’s been a lot of overuse injury from working from home without a doubt. I’ve seen a lot of neck, shoulder, and upper back issues and a lot of nerve and muscle-based issues from forward head carriage.”

Denise Didio Buher, PT, owner of Orthopedic and Spine Physical Therapy in Queensbury, said her practice has also seen an increase in the number of patients seeking treatment for back and neck pain.

“I have certainly seen an increase in all of this because people have been more sedentary since COVID, and they are all working from home. During COVID, I did tele-rehab, and I had a ton of people from New York City who were really trapped in their apartments. I worked with them to correct their seating, correct their posture, and give them exercises to counteract everything that they were doing.” 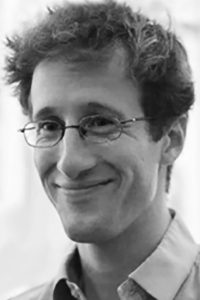 Founded in Boston in 2017, the company is developing zero-emissions electric airplanes for short regional flights. Their electric motors and motor controllers are versatile and will be able to serve other industries including the maritime industry, according to the company.

Co-founder Jeff Engler, a Hudson Valley native with a B.A. from Columbia University and an M.B.A. from Harvard Business School, is an entrepreneur who has also worked in the private sector. He previously co-founded Podimetrics, a company that designed the SmartMat, a medical device used for the early detection of foot ulcers in diabetics.

“These foot problems lead to early amputations and early death, and it often tends to be in veterans,” he said. “It costs the medical system billions and billions of dollars. It’s a large social problem and a large economic opportunity, and that’s really the same as with electric airplanes.”

Engler’s interest in electric airplanes was piqued ten years after he visited a web site that allowed him to calculate his personal carbon footprint.

“What I found was that it turned out that each time I ate vegetarian, it had a relatively small impact on my carbon footprint. But a single flight had a huge impact,” he said. “Subsequently, there has been a lot of research on this, and it turns out you would have to eat vegetarian for over a year to offset the carbon from even a single New York to Chicago flight.”

Community solar is a large array of solar panels at an offsite location that allows customers to access such power without installing panels on their homes. Developers build and operate community solar projects, and energy delivery companies like National Grid purchase and distribute credits generated by the projects to participating customers.

It’s an easy way for residential and small business owners alike to offset the current 8.5 rate of inflation by shaving up to 10 percent off their electric bills.

“There’s very little downside with this,” said Nathan Giebel, EnergyNext LLC vice president of energy services. “It’s a win-win, which is why they’re so popular. We partner with a lot of chambers of commerce. That’s how a lot of businesses come to interact with us.”

EnergyNext is a division of Chicago-based Satori Energy and has an office in Saratoga Springs.

There are three main issues the firm helps clients navigate when deciding which community solar project to enroll in.

“The biggest thing people care about is, How much am I going to save? What’s the guaranteed savings percentage? Most are 10 percent. Some are 5 percent. If you see something less than 10 percent, there’s probably something better available,” Giebel said.

“There are a lot of fours in life that need protecting,” he said, adding he wants to be people’s “forever agency.”

Located at 1673 Route 9 in the Healthplex Fitness office complex. It is in Clifton Park but has a Halfmoon mailing address.

Formerly employed by a single insurance company, Ferlazzo now sells policies from 15 carriers. He said his client base stretches across the Capital District.

If the past few years have taught us anything it would have to be that life is ever-changing and situations can change at the drop of a hat. Benefits have shifted from being just part of an employment compensation package to a focal point of employment and a draw for top-tier talent.

Companies are continuously looking to attain strong employees yet are struggling because valuable workers are fleeing to seek other options with stronger compensation. Often a potential employee will be willing to take a salary decrease if the benefits package is more robust with a higher employee contribution.

When interviewing, be open and communicative with interviewees. Be clear about your company’s contributions toward health insurance. If a potential employee does not ask, inform them if they will receive health benefits right away or if there is a waiting period. Either way, offering health coverage shows employees your company cares are invested in them.

Employees are more likely to accept a position and remain with a company that provides them with excellent health benefits. This in turn, increases employee retention and reduces costs for companies. With less turnover, companies do not have to continually recruit, onboard, and train new employees.

On top of offering health insurance, ensure that your interviewees are aware of your company’s policy on accumulating paid time off (PTO) days, sick days, vacation days, and holidays. These benefits can sometimes be just as important to a potential employee as health coverage and is often a deciding factor in accepting a position.

A new program focused on the research and development of new insurance policies and products to promote the adoption of clean technologies across New York state is on the way.

The program will provide funding for products that manage the financial risk associated with climate change, supporting the state’s Climate Leadership and Community Protection Act goal of reducing carbon emissions 85 percent by 2050.

“New York state is leaving no stone unturned in our fight against climate change, and that includes investing in industries that will develop and advance clean, green technologies,” Gov. Kathy Hochul said. “By promoting innovative policies that will create more sustainable climate technology, we are taking bold action to meet the challenges of climate change. My administration remains laser focused on supporting key initiatives that will benefit both businesses and consumers while contributing to our state’s nation-leading climate efforts.”

The program administrator will be awarded up to $1.5 million to work with managing general underwriters (MGUs) and managing general agents (MGAs) that can research, develop, and test new insurance products, and it will award up to $5 million in competitive grants which are anticipated to be announced in 2023.

SUNY Empire State College has been accepted as a premier member into the Amazon Career Choice program, an education benefit that empowers Amazon employees to learn new skills for career success at Amazon or elsewhere.

SUNY Empire is the first institution within the SUNY system to partner with the Amazon Career Choice program.

Officials said partnership with SUNY Empire will make it more convenient for Amazon’s hourly employees to earn their undergraduate degree online, in person at SUNY Empire locations, at Amazon Career Choice classrooms located across New York state, or a combination of all three.

Through its Career Choice program, Amazon provides funding for employees’ tuition, books, and fees with no lifetime limit on participating.

SUNY Empire and Amazon are collaborating to hold fall information sessions for Amazon employees across New York state, beginning with the company’s two Staten Island distribution centers, as well as distribution centers in Albany and Buffalo. The goal is to eventually expand the partnership to eligible employees in Connecticut, Maryland, New Jersey, Pennsylvania, Rhode Island, and Vermont.

The college will also begin offering college courses on site at Amazon’s Career Choice Classrooms in Staten Island and Albany in the spring of 2023. In the U.S. alone, the company is investing $1.2 billion to upskill more than 300,000 Amazon employees by 2025 to help move them into higher-paying, in-demand jobs.

The Beekman Street Arts District is home to a new art gallery, The Cottage of Art & Design, at 73 Beekman St., a collective that showcases the work of six local creatives and features jewelry, fiber art, pottery, art quilts, tiles, mosaics, and paintings.

A wide array of working artists and restaurateurs call the three-block stretch on the west side of Saratoga Springs home.

Financed by grants secured by preservation minded proponents  the Arts District went from vision to reality over 20 years ago.

The Friends of the Saratoga Springs Public Library has hired Jennifer Allen as its first executive director.

Allen oversees all Friends activities, including its successful used book shop, and will work to expand community engagement and support for the library’s facilities, programs and collection.

“The Friends saw an opportunity over the past two years to reflect and rebuild,” said Klare Ingram, president of the board of directors. “Hiring a full-time executive director was long overdue and aligns with how much the organization has grown during its nearly 50-year history.”

Allen joined full-time in July, after working with the Friends part-time since the start of the year. She brings two decades of experience from leadership roles in fundraising, marketing, community engagement and education.

The Friends has long benefited from a generous community of members, donors, and book shop patrons as well as a committed corps of nearly 60 volunteers, Ingram said. The realities of COVID, however, forced the group to close its book shop for months and the organization was forced to rethink how it achieves its mission.