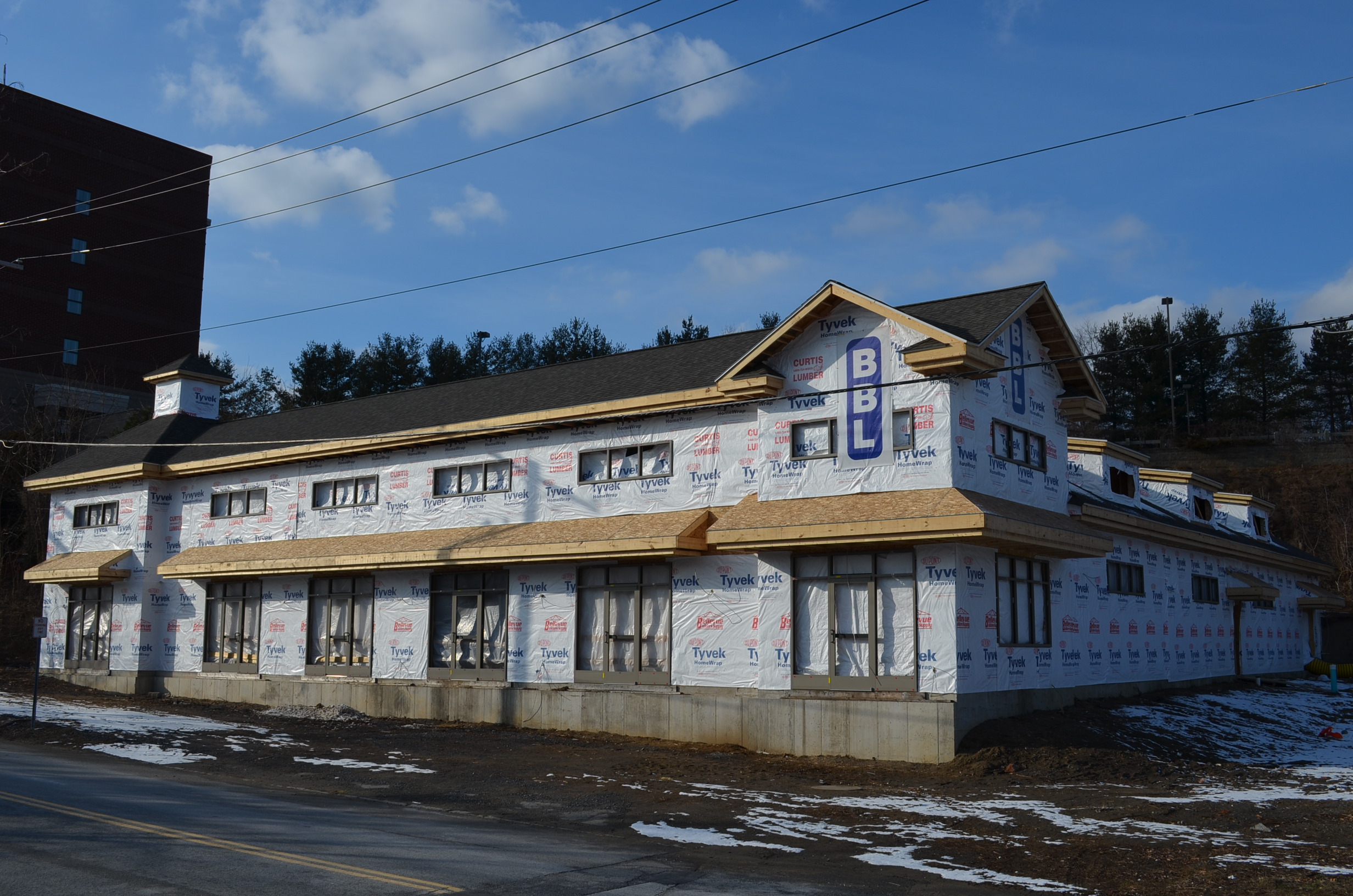 The new facility, Excelsior Springs, is
adjacent to the hotel. BBL Construction has
been working on the building since about
mid-December.

Plans are for the facility to open in June, according to Carrie Hillenbrandt, director of sales and service for BBL Hospitality, part of the BBL family of companies. BBL Hospitality manages hotels and restaurants for the corporation, including the Courtyard Saratoga Springs, which opened less than a decade ago.

The meeting and banquet facility will have 4,700 square feet of space that can accommodate up to 350 people, Hillenbrandt said. It can also be sectioned off for smaller gatherings.

“We have some flexibility with the space, depending on the group’s needs,” she said. The facility will be used for weddings, meeting, “any type of event,” Hillenbrandt said. “It will have state-of-the art facilities and technology that meeting require today, as well as the elegance you need in Saratoga to host meetings and upscale events.”

She said the company decided to build the facility because the hotel staff discovered there were a lot of different groups that required more space than is currently available at the hotel.

The new facility will have its own banquet kitchen. “We’ll do all the catering ourselves, Hillenbrandt said. “We really see it as an extension of the hotel.”

The existing staff at the hotel will be used at Excelsior Springs, and current banquet manager Megan Hennessey will have oversight.

Eventually, as the facility gets busier in the summer, it might be necessary to hire additional staff, said Hillenbrandt. “We have a really good staff right at the Courtyard,” she added.

Courtyard Saratoga Springs is owned jointly by BBL and the Equinox Co. To make inquiries about the banquet hall, call 226-0538.