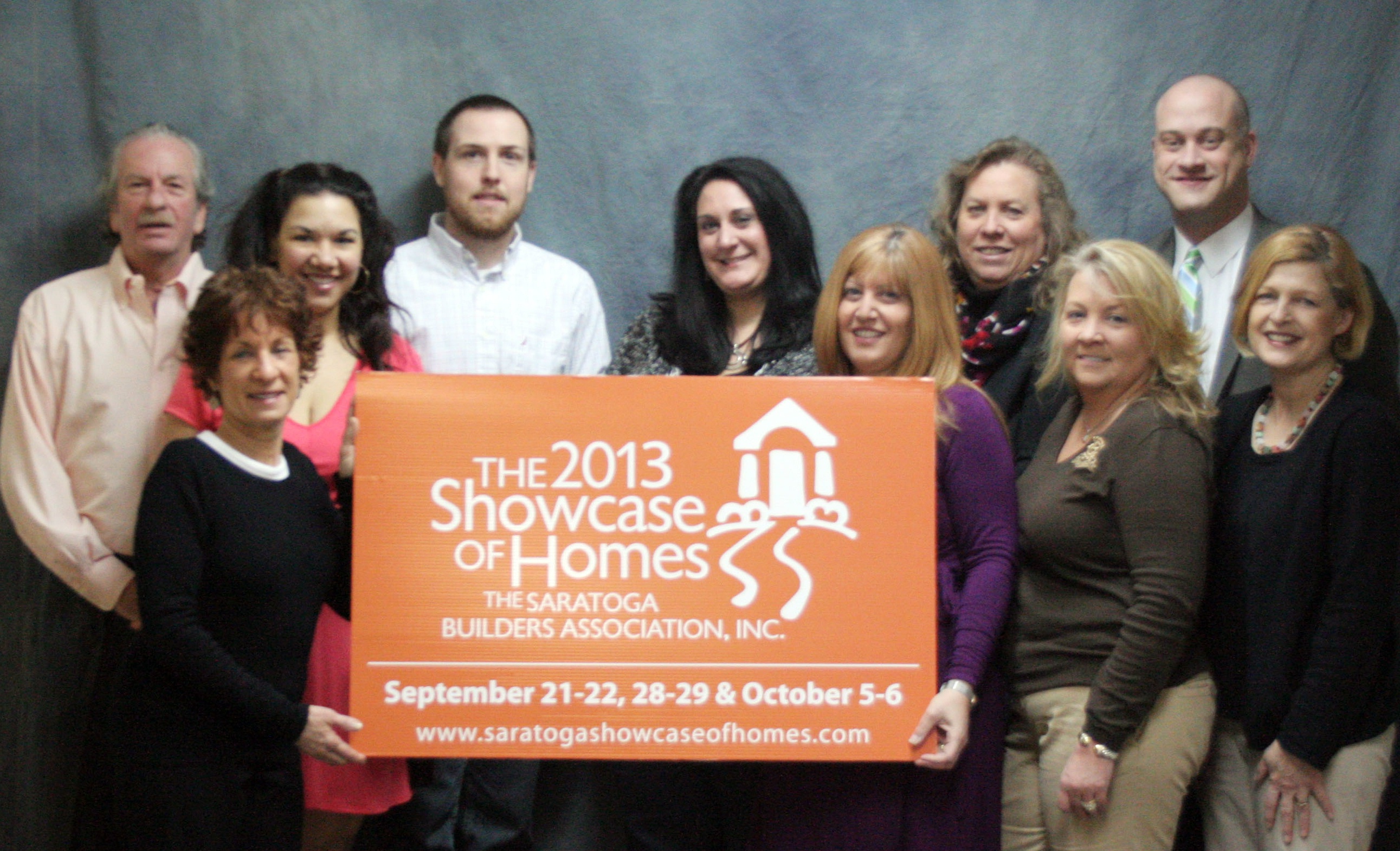 Members of the Showcase of Homes Planning Committee hold a banner for this year’s event, slated for the autumn weekends of Sept. 21-22, 28-29 and Oct. 5-6

The 2013 Saratoga Showcase of Homes Committee is in full swing planning this year’s edition of the new home tour, according to the Saratoga Builders Association.

Now celebrating its 18th year, the annual community event has contributed nearly $800,000 to our local charities.

The 2013 Showcase of Homes will be over three weekends this fall on Sept. 21-22, 28-29 and Oct. 5-6 featuring builders with new construction, renovated homes and apartment complexes.

The association said tickets will remain at $20. There will also be a new Chef’s Saratoga Style event to kick off the showcase festivities on Friday, Sept. 20.

Proceeds from the Showcase of Homes will benefit Rebuilding Together Saratoga County and Habitat for Humanity of Northern Saratoga, Warren and Washington Counties.

Last year, 19 homes from 16 award-winning builders were on display around Saratoga County, visited by over 3500 people, the association said. A total of $66,000 was donated to charity.

The committee has an extensive advertising and promotional campaign in development which will include official media sponsors in print including newspapers and magazines, online, radio, billboards and television. Corporate sponsorship opportunities are now available and showcase home reservations are currently in progress.

For a sponsorship packet or for information about entering a home in the event, contact Barry Potoker, executive director of the builders association, at 366-0946 or e-mail bpotoker@saratogabuilders.org.

For more details on the 2013 Saratoga Showcase of Homes event, visit www.saratogashowcaseofhomes.com. The event is also on Facebook, where details and updates can be found.