Home  »  Business News  »  Airway Meadows Is Off To An Early Start, Hosted An Eager Foursome On March 30 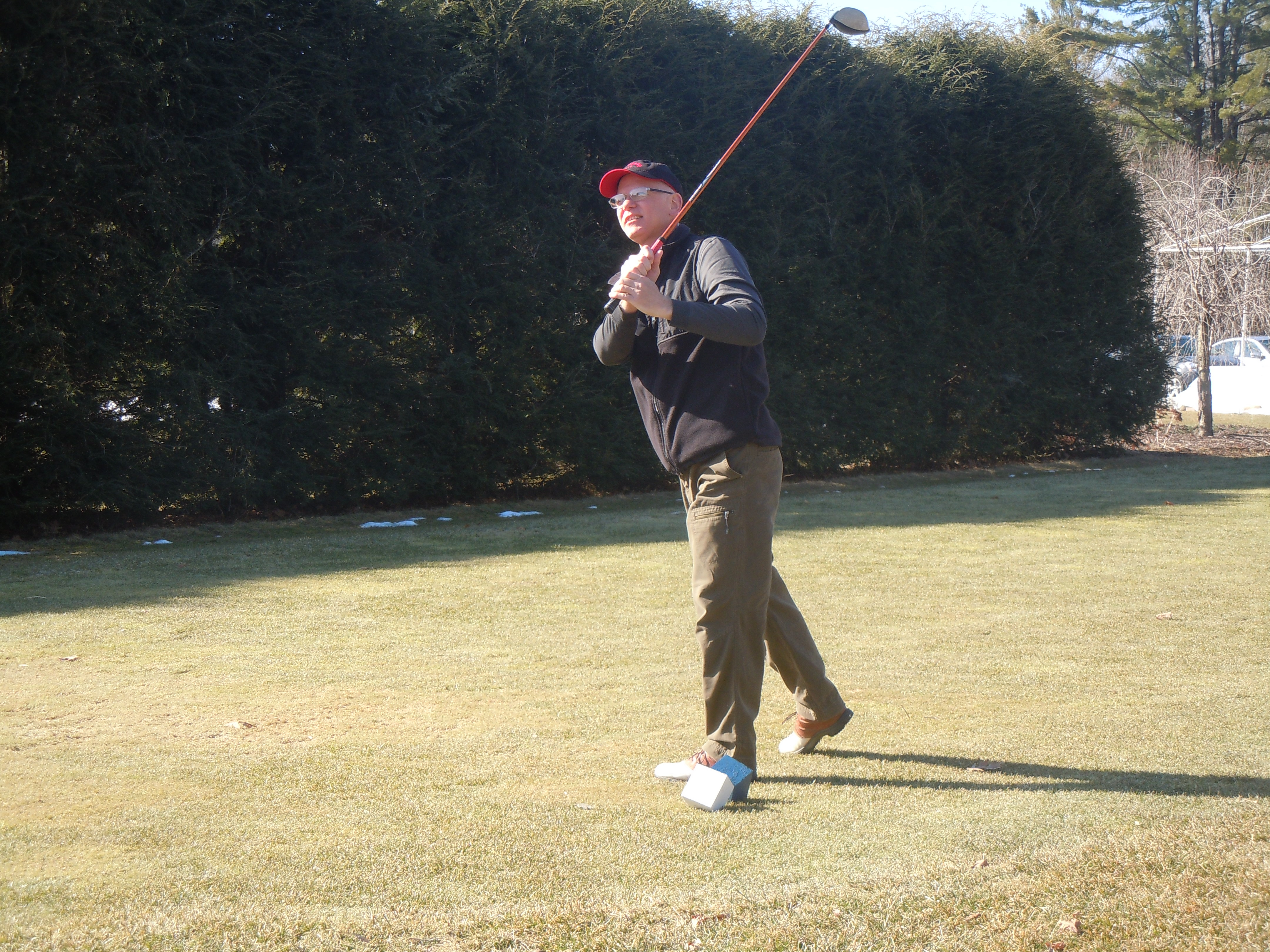 Wayne Kelly takes the first tee shot of the season at Airway Meadows Golf Club in Gansevoort, which had 87 golfers play through on its March 30 opening day

It’s rare for a golf club to open in March in the North Country, but Airway Meadows Golf Club in Gansevoort nonetheless had its first day of golf on March 30.

Some 87 golfers came out through the day and enjoyed sunshine and temperatures in the 50s. The day started with a frost delay utill 9:45 a.m., but those waiting warmed up golf clubs they had not used in months and rekindled friendships.

Wayne Kelly, Ardythe Potochney, Ray Sibley and Nick Campbell made up the first foursome to tee off for the 2013 season.

Airway Meadows is often the first course north of Clifton Park to open and the last to close for the season, according to Joan Heber, co-owner and manager of the golf course.

Generally, golf is played there 10 months a year. Last year, the season ended on Dec. 12. In 2012, it opened for the season on March 14, a record for the course entering its 15th season.

Airway Meadows is an 18-hole championship course with a par 72, consisting of 6,000 yards from the men’s white tees.

An additional 427 yards will provide the distance from the championship tees. It was constructed on 177 acres and includes three covered bridges, a family owned public airport, Heber Airpark, and the family’s black angus beef farm is within the golf course area.