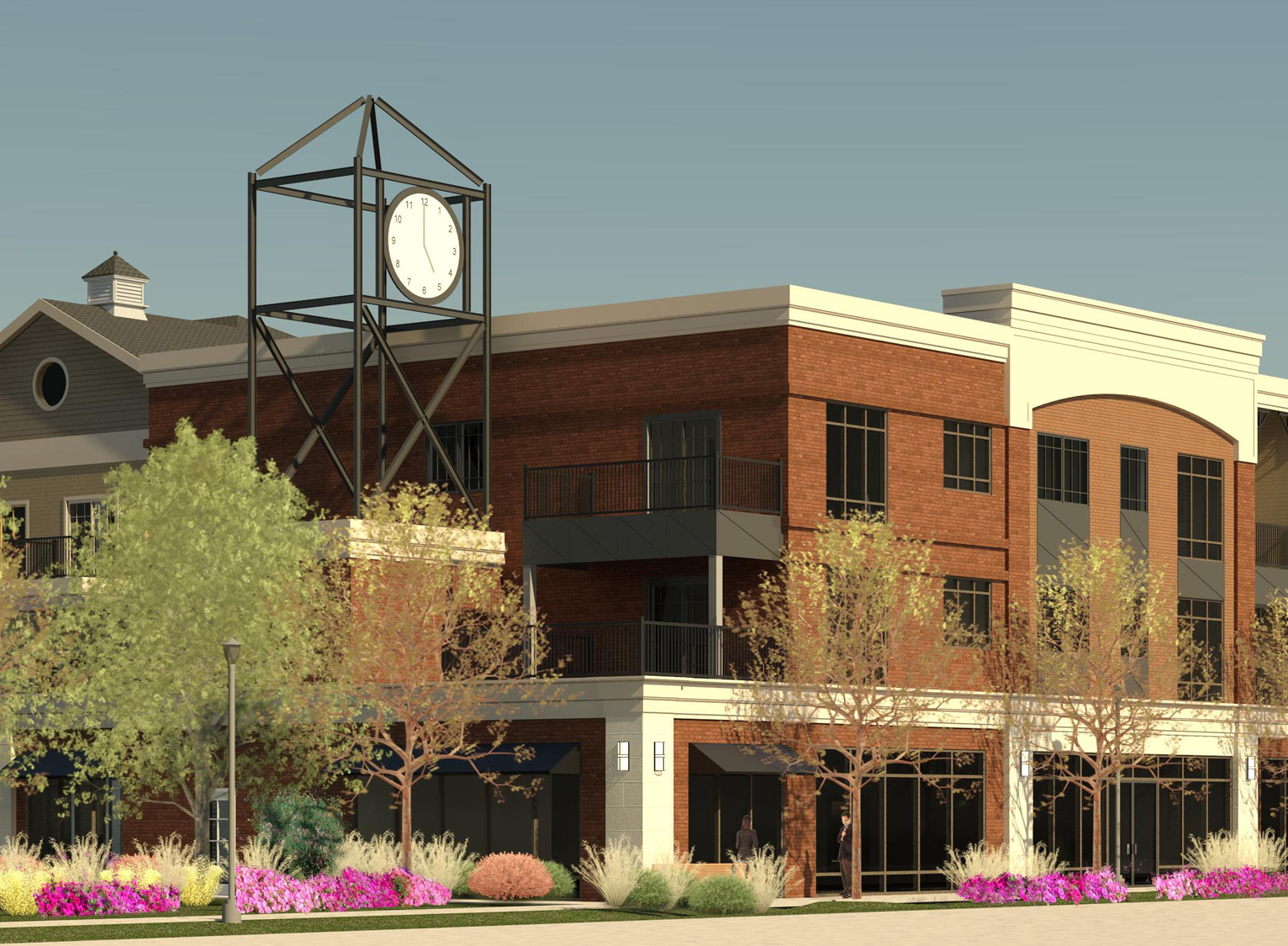 This rendition shows what the proposed 180,000-square-foot building on Route 9 near Northern Pines Road in Wilton will look like, which will have apartments and retail space.

Two separate luxury apartment projects are
coming to Saratoga County, one available in the
city of Saratoga Springs as soon as this summer.
Gordon Development of Albany is the developer
and builder of the two projects. The
company will also handle management of the
properties.

Jared George, president of Tri Capital Realty
who is also part of the project development
team, said the apartment complex known as
Park Place was started last year. It is located at
the corner of Seward and Morgan streets in the
north end of the city, behind Saratoga Hospital
and near the Saratoga Golf and Polo Club.

Eventually, there will be a series of two-story structures that will house 57 luxury rental units. The large two- bedroom homes will include attached garages, private driveways, vaulted ceilings, granite/ceramic tile, stainless steel appliances and more, George said. The grounds will be maintenance-free for the residents. The development company will handle mowing lawns in the summer, snow removal in the winter and take care of trash removal as well.

George said some of the units will be completed soon and renting them could commence by mid-June and early July. The apartments are “close enough to downtown Saratoga, but far enough away to give them a homey feel,” said George.

Gordon Development has a larger project planned for Route 9 in Wilton. It will go on a 10-acre property is currently occupied by The Lot used car dealership, on the west side of Route 9 just above Northern Pines Road.

The company is still awaiting final approvals from the town, but expects to break ground later in the year on a three-story, 180,000-square-foot building that will combine luxury apartments and retail space.

The retail space will be on the first floor of about 270 feet frontage along Route 9. The building extends about 600 feet toward the rear and that section, the lion’s share of the project, will contain 114 luxury, multi-family units. George said the developers “have already been talking with various tenants for the retail space.” There is significant interest, but he could not yet report what businesses may be taking the space.

The project won’t be completed until next year, he noted.

The Wilton project will also include a swimming pool that residents will be able to use. As with the Park Place project, the development company will handle mowing lawns, snow removal and trash removal.

“We feel there’s a demand for these types of projects, luxury products, in Saratoga County,” said George. “People are downsizing. They don’t want the hassle of mowing the lawn and shoveling the driveway.”

Gordon Development is part of the Gordon Companies, a family owned business established in 2001. It is comprised of several specialized divisions, including retail, residential and hotel development.

The company manages approximately one million square feet of retail space in New York, Vermont, Massachusetts, New Jersey and Pennsylvania with its retail management division, according to its website www.gordoncompanies.net.