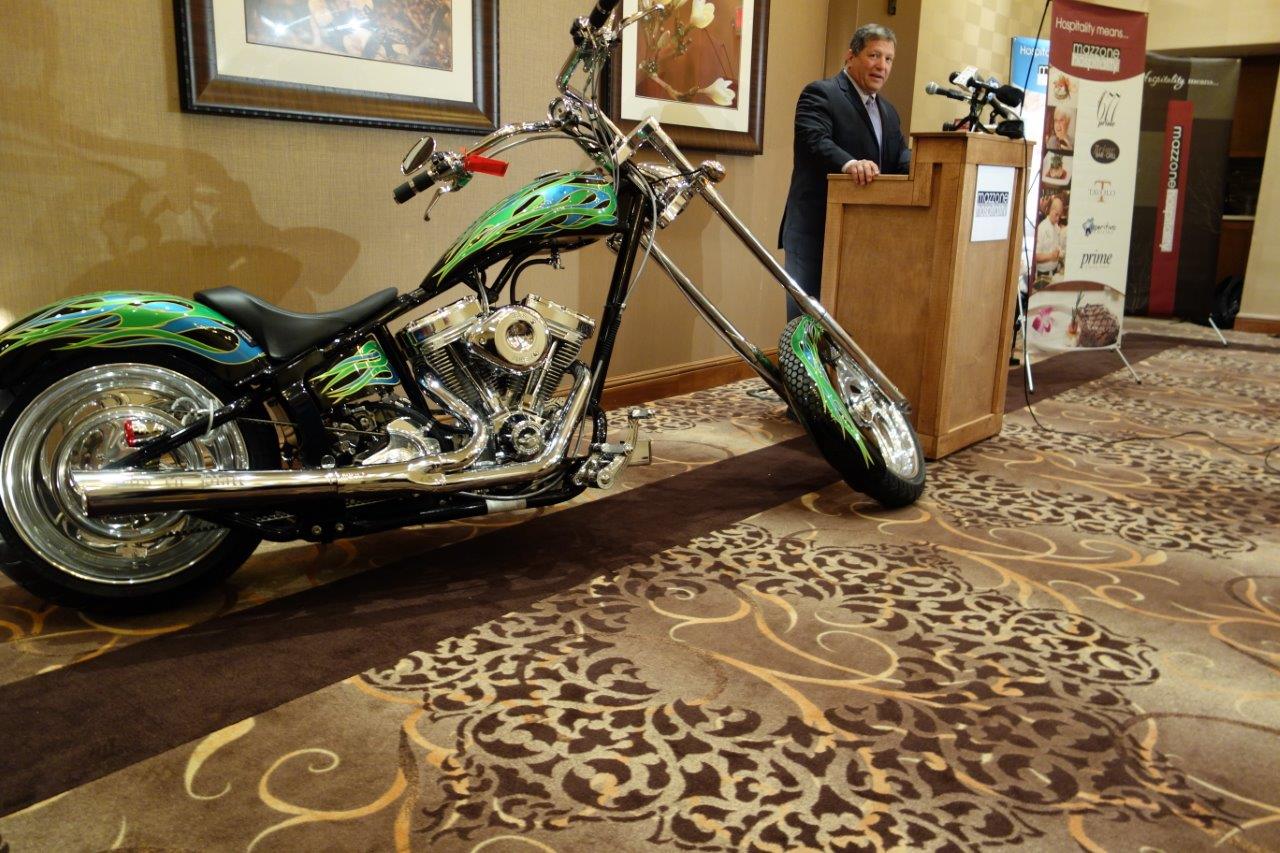 Mazzone Hospitality will host a largescale
fund raiser designed to generate
support from hundreds of area residents to
benefit two Capital Region non-profits – the
Shenendehowa Educational Foundation, in
honor of Christopher Stewart and Deanna
Rivers, and The Children’s Hospital at Albany
Medical Center.

The summer benefit at Glen Sanders
Mansion in Scotia will take place on Monday,
July 15, and will feature food, beverages
and music.

All proceeds will be divided between The Children’s Hospital at Albany Medical Center and the Shenendehowa Educational Foundation, in honor of Stewart and Rivers, the Shenendehowa seniors who died in a Dec. 1 crash on the Northway.

All guests in attendance that evening will have the opportunity to win a custom-made motorcycle from Orange County Choppers, valued at more than $35,000. The motorcycle features green and blue in its design, which, coincidentally, are the respective colors of Shenendehowa and Shaker, the high schools attended by the students involved in the fatal crash last December that also injured Shenendehowa senior Matt Hardy and Shaker junior Bailey Wind.

The announcement came at a March launch event at Hilton Garden Inn-Clifton Park.

“Mazzone Hospitality is honored to support the critical efforts of the Shenendehowa Educational Foundation and The Children’s Hospital at Albany Medical Center,” said Angelo Mazzone, owner of Mazzone Hospitality.

“All of us have been inspired to act by the recent tragedy involving Shenendehowa High School students Christopher Stewart and Deanna Rivers, as we have for years by the work of The Children’s Hospital at Albany Medical Center.”

Tickets may be purchased for $60 or $100 per pair at any Mazzone Hospitality restaurant or online at www.mazzonehospitality.com. All tickets purchased in advance or at the door will be entered into a drawing for the Orange County Chopper motorcycle.

The winning ticket will be selected at the event.

Mazzone Hospitality received the custom chopper through a giveaway held by its primary food provider, Sysco Food Service, which commissioned the bike. The bike was made by Orange County Choppers, a custom motorcycle manufacturer in Newburgh, which garnered acclaim during a decade-long run on the Discovery Channel television series “American Chopper.”

“We are grateful for the support of Mazzone Hospitality as we continue the healing process during this difficult time,” said Dr. Oliver Robinson, Superintendent for Shenendehowa Central Schools. “This program will provide us the resources to serve students now and in the future through the Shenendehowa Educational Foundation.”

“We are thankful to have a partnership with Mazzone Hospitality and are grateful for the support it will provide through this raffle,” said Dr. David Clark, chairman of the Pediatrics Department at The Children’s Hospital at Albany Medical Center. “Community partnerships such as this allow us to continue providing life-enhancing services to thousands of children in need.”

Through its Prime Business Dining division the company oversees corporate dining operations for M+W Group at The Foundry; GlobalFoundries, among others. The company also oversees the catering operations at the Hall of Springs in Saratoga Springs.