Home  »  Building Trades  »  For Local Electricians, Business Appears To Be Steady And On The Rise In 2013 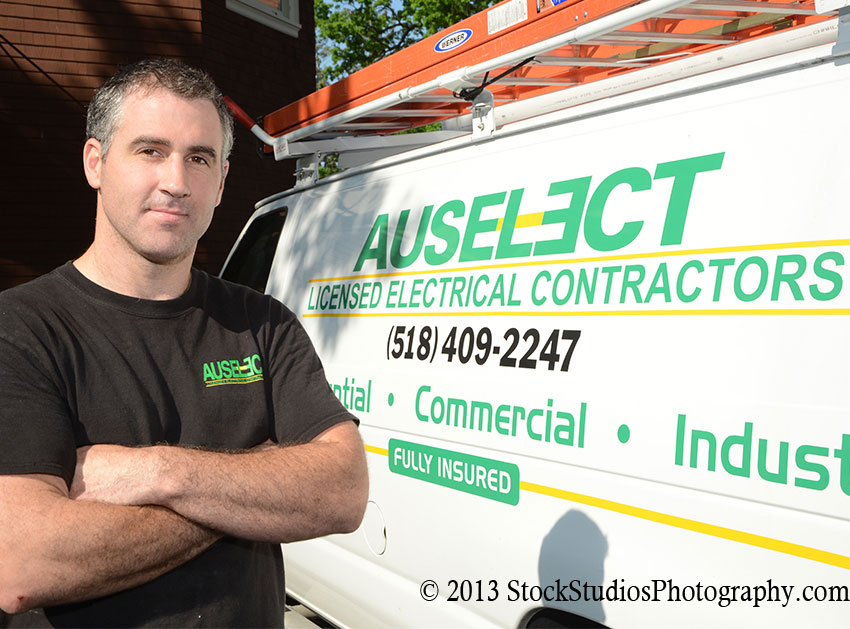 Stephen Ristau, owner of Auselect Electrical Contractors, says business has been good for his company, particularly in the Malta and Saratoga areas and in Albany

People in the building trades–plumbers,
electricians, carpenters–rely on a good
economy and brisk construction, whether it
be new projects or renovating and remodeling
existing home or building.

In the electrical trades, 2013 appears to
be improving.

“March was extremely slow and it had
us worried but, ever since then, things
just went ballistic,” said Stephen Ristau,
owner of Auselect Electrical Contractors
in Saratoga Springs.

He said things have been busy for him throughout the Capital District, but particularly so in the Malta and Saratoga Springs area and in downtown Albany. He is seeing more new construction but also a large volume of rehab work. Right now, he is booked seven weeks ahead, he said.

JameBus Curran of Curran Electric, Inc., who works alone, finds things “pretty steady.” His work is mostly in renovations. “I don’t do much new construction,” he said, and he noted he is trying to cut back on the amount of work he does.

Ristau said that work always picks up in late spring and summer but this year “has been a better increase than last year.”