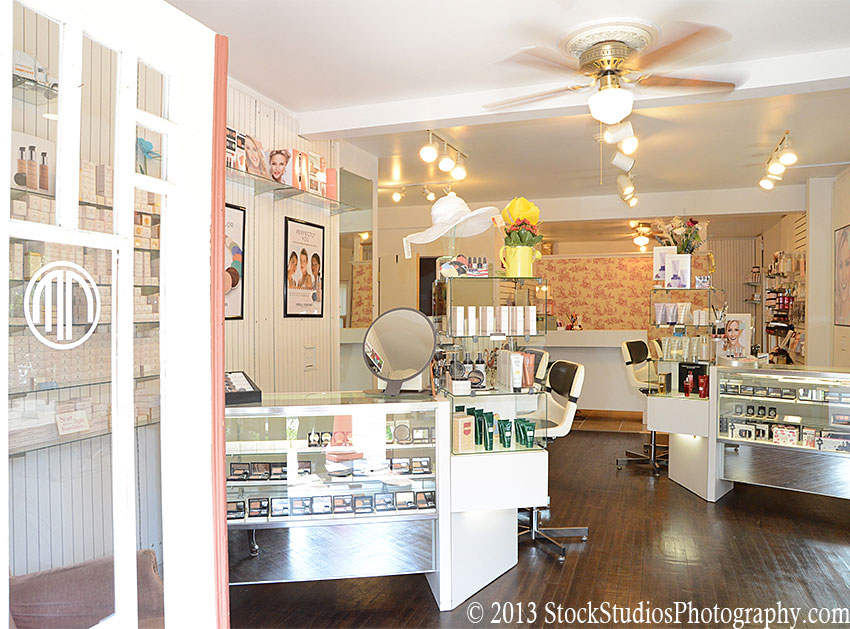 At its new location, Merle Norman Cosmetics owner Terry Guerin says her business is accorded a much larger, brighter space for its cosmetics, fragrances, bath products and more

Merle Norman Cosmetics Studio, previously
located in the Adelphi Hotel on
Broadway in Saratoga Springs, has moved
to the city’s Arts District at 70 Beekman St.

According to the studio’s owner, Terry
Guerin, she was notified by hotel owners
she had to leave the Broadway space after
being there for 30 years, a decision she said
that left her “in total shock.”

Richbell Capital LLC, a real estate investment and development firm based in New York, purchased the Adelphi Hotel last April for $4.5 million. The hotel is undergoing renovations with plans to open in time for the 150th anniversary of the Saratoga Race Course season, and will then be open year-round instead of seasonally.

Despite initial disappointment, she sees many advantages to moving to the Beekman Street location.

“This is a brighter spot, with three times more space, and the rent is basically the same,” said Guerin of the new studio, which opened on April 2.

After growing accustomed to heavy foot traffic on Broadway, Guerin said she does not know what to expect of the upcoming summer season, and will have to “wait and see.”

Merle Norman Cosmetics is a privately owned, Los Angeles-based company, with 2,600 individually-owned locations throughout the United States and Canada. Guerin has been operating her studio for three decades, ever since her husband relocated from the Boston area.

Guerin previously worked as a fundraiser, but after recognizing there were no nearby retailers offering Merle Norman products, she decided to open her own site in Saratoga. She has since been the only person in the Northeast to serve on the Merle Norman Gold Medallion Advisory Board, and to date, her studio remains the only one of its kind within a 300-mile radius.

“People will go without food before going without Merle,” joked Guerin, stating her customers come from miles away to seek the cosmetics. Guerin said when she notified her customers of moving, they responded, “If you build it, we will come.”

“I never imagined I’d be doing this for 30 years,” said Guerin. “But I love it. I’m good at it. I meet a lot of different kinds of people and help them achieve different looks. It’s fun.”

Merle Norman Cosmetics is open from Tuesday through Saturday, 10 a.m. to 5 p.m. The studio is hosting a grand re-opening celebration on Saturday, June 15. For more information, call 584-5642 or visit the studio’s Facebook page.