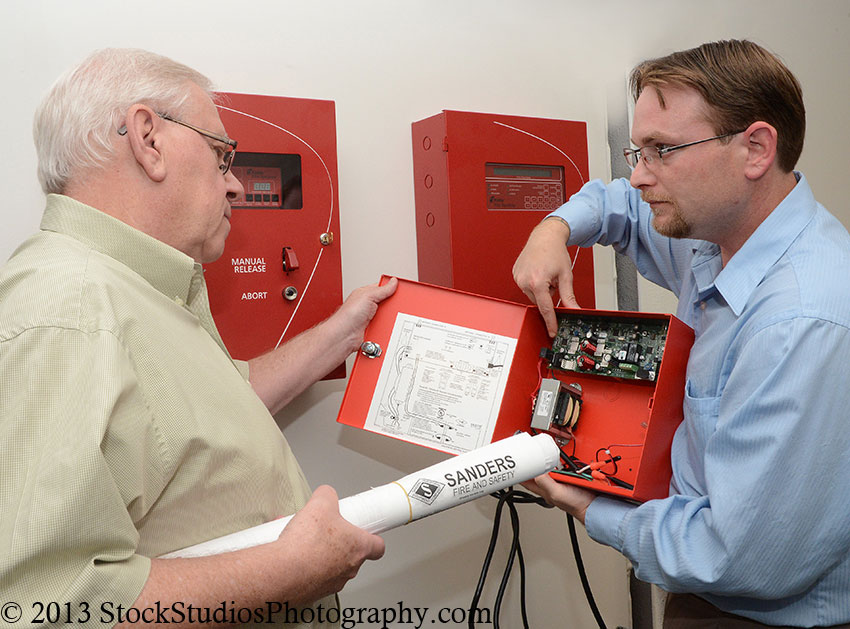 New technologies can make products work
faster, smarter and more economically. That is as
applicable to the fire safety and prevention industry
as any other.

Sanders Fire and Safety has seen a lot of changes
in the systems it has been installing since 1933.
Back then, carbon dioxide systems were being introduced.
The next generation of purging systems,
using nitrogen, are out of use today, replaced by
high-tech dry chemical and mist systems.

Under the leadership of current owner Martin
Dalton, who bought the business in the mid-1980s,
Sanders specializes in systems for commercial
and industrial buildings, like senior housing,
warehouses, shopping malls and, in a bit of irony,
high-tech manufacturers.

Dalton said research has shown that mist works much better than traditional sprinklers should a fire break out, and more economically.

Sanders Fire and Safety is working on bringing a high-fog mist system into New York City, the first of its kind. AT&T has hired the firm to install the latest system on one of the 29 floors of its corporate headquarters building.

“Some buildings in Manhattan have no sprinkler systems at all, but they will have to be installed in the next few years,” said Dalton.

“We have approval from the NYC fire department to test this system for AT&T,” he said. “Our hope is that the test is successful and AT&T rolls it out to other floors.”

This alternative to conventional sprinklers uses nitrogen gas to make a very fine water mist. “There is 10 percent less water use with this system and it puts out fire more effectively,” said Dalton. Sanders Fire and Safety has an excellent reputation for developing and installing fire protection systems that other firms don’t offer, such as mist technology. Their services are benefiting industrial and commercial accounts around the Capital District and beyond.

With an older system, there are multiple zones with multiple locations within a zone. If an alarm goes off, security has to look at each location in the zone to find the cause. The new system pinpoints precisely where every security device is and its status.

For RPI, the firm installed both passive and active protection for its supercomputer room, utilizing a clean care agent to extinguish fire. They installed camera and card access for a large local warehouse and upgraded the entire security system at Colonie Center.

For Step Tech, they installed fire alarms, special hazards and an early detection system, which is “an air sampling system that works many times faster than conventional early detection,” according to Dalton.

Sanders Fire and Safety employs four salespeople, two application engineers and a field service team of six, as well as administrative staff. They work out of a 6,000-square-foot facility on Vaill Street in Mechanicville, which was a bottling company until Dalton purchased the building 12 years ago. Contact Dalton at 665-0400.