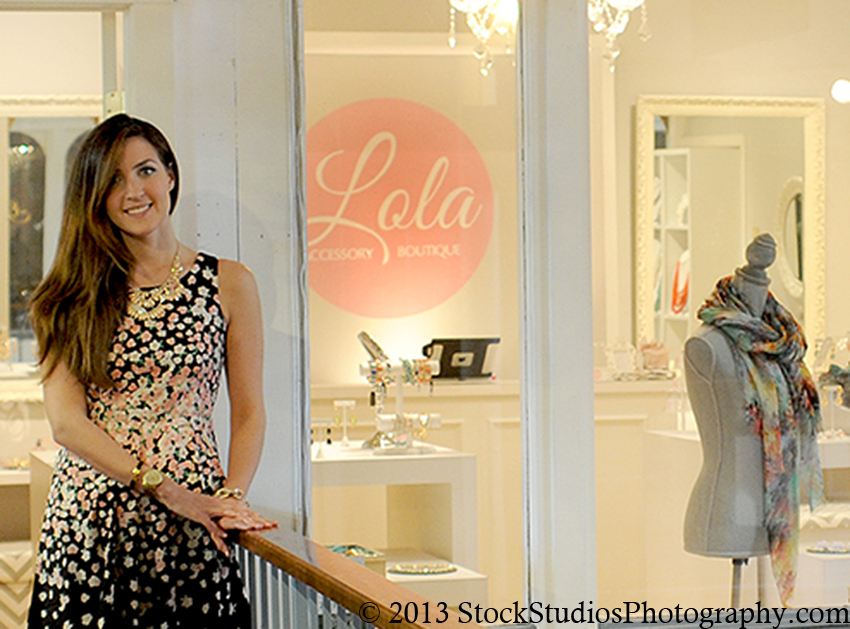 Megan Druckman opened Lola Accessory Boutique at 454 Broadway in Saratoga in June where scarves, jewelry, hats and leather goods are among the offerings

Capital District native Megan Druckman brings
her knowledge, acquired from a degree in fashion
merchandising from Fashion Institute of Technology
and seven years as a buyer for Bloomingdale’s,
home to roost in a new shop at 454 Broadway in
Saratoga Springs called Lola Accessory Boutique.
A small space, 400 square feet, Druckman said it
“packs a punch.” The grand opening was June 15.

Druckman has been pleased with customers
saying,” There’s nothing like this around here.”
Beyond the fact that she is, given her connections
made during her time at Bloomingdale’s,
able to access for her customers high quality,
trendy merchandise at reasonable prices, Druckman
said it’s the presentation of her goods that
makes the store unique.

She likes that the store has a very open feeling with nothing displayed under glass, encouraging customers to touch, feel, and try on the scarves, jewelry, and hats that she sells. Small leather goods are also among Lola’s offerings.

Lola’s can be found at Facebook at https://www. Facebook.com/Lola AccessoryBoutique. Follow Lola on Twitter@shop_Lola. Lola merchandise can be purchased at www.shop-lola.com. The store’s phone number is 225-9903.