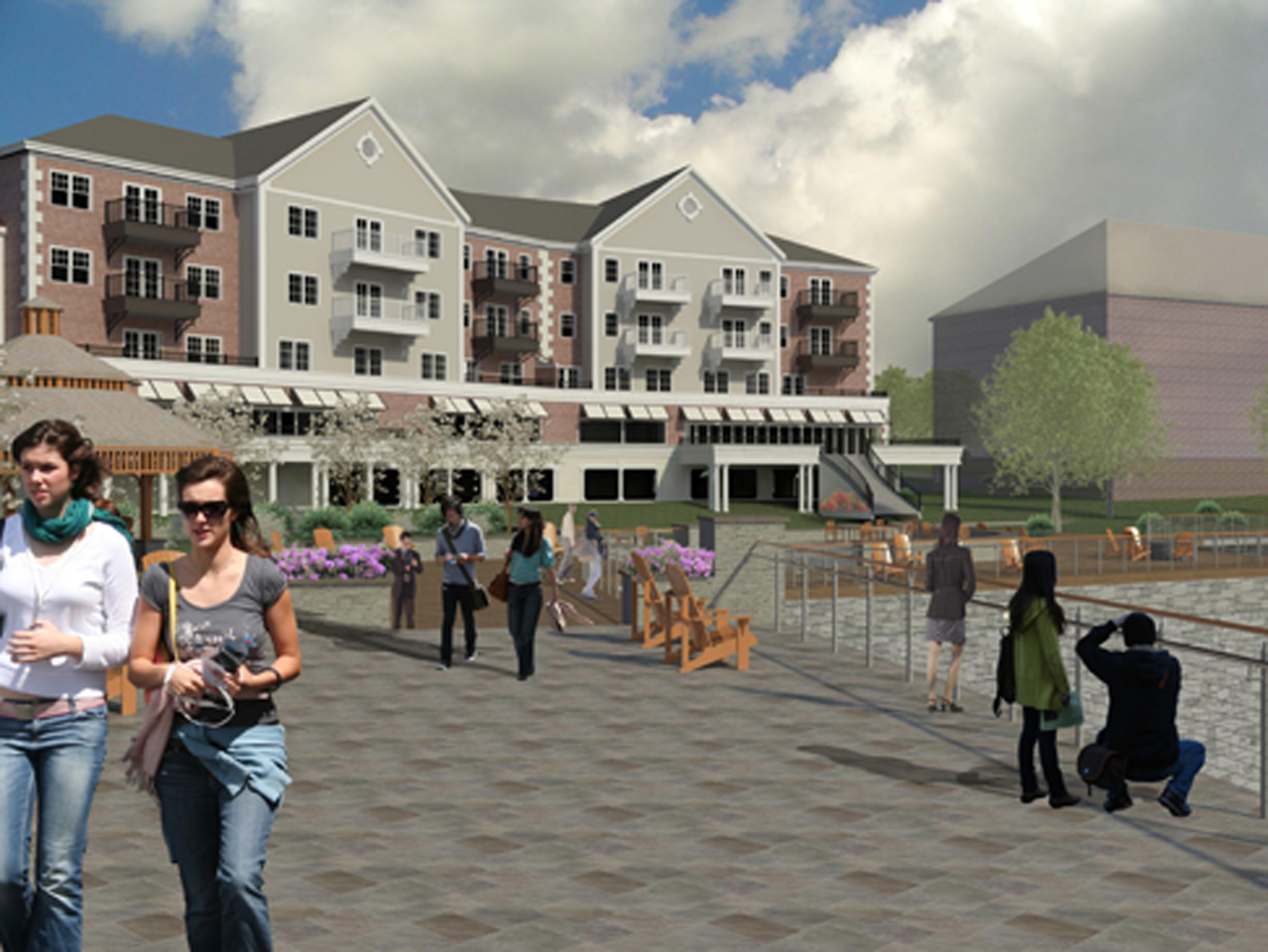 The Esplanade on Main Street in Mechanicville, shown in this architect’s rendering, will bring 294 luxury apartments to the village when completed in late 2014

The Esplanade will not only bring 294 luxury apartments to Main Street in Mechanicville
in late 2014, it will create a new community.

“We’re trying to create a lively environment
that fill our residents’ needs for rest and
recreation, and to help build a bond among
everyone who lives there,” said developer
Robert Kohn. “We’re thinking about their entire lifestyle.”

The project is being built by Eastview
Development, of which Kohn is a principal,
and Logistics One of Saratoga Springs, led by
William McNeary.

Jersen Construction Group in Waterford will build the complex, including a clubhouse with a pool, fitness room and restaurant. Cotler Architecture in Latham designed the project.

The project will be a village within itself, featuring a 10,000 square-foot riverwalk boardwalk for residents to stroll along and enjoy the beauty of the Hudson river. According to the plans, the boardwalk will be lined by pergolas and fireplaces and will connect to an outdoor pool and bath house.

The riverwalk will also connect to biking and hiking paths. A nearby reflecting pool and fountain will convert into a skating rink in the winter, making the area the center of activity even in the winter.

Many of the residential units will also look out to the Hudson. The project will offer apartments with one, two, and three bedrooms, and will be between 641 to 1,700 square feet, designed around an open kitchen and living room. Many will also have a balcony or terrace. Apartments will feature the latest technical advances in construction, with wireless internet service throughout.

“The Esplanade will be geared, in large part, to accommodate the recent growth in employment in Saratoga and Albany counties, in particular those working for GlobalFoundries,” Kohn said. The Esplanade is five miles from Luther Forest Technology Park in Malta.

Location of the complex will be another plus for both its residents and the city of Mechanicville, he said. residents will have the convenience of a supermarket and other shopping just across the street, while downtown merchants will have the potential of hundreds of new customers.

Ground for The Esplanade was broken in the spring and construction is ongoing. It is expected to be completed late next year.