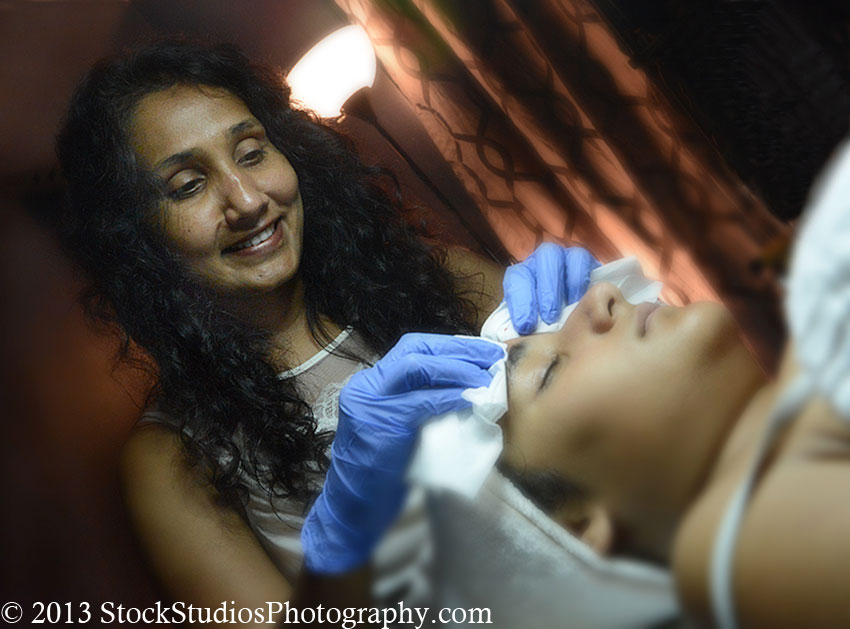 Bhavani Kurtz, owner of Simple Bliss Day Spa, applying a facial treatment to a customer, will be providing services for those battling cancer, arthritis and diabetes

A local skin care enthusiast is renovating
her cherished downtown Saratoga salon to
incorporate treatments for those with medical
challenges with her existing spa services.

Bhavani Kurtz, owner of Simple Bliss Day
Spa at 367 Broadway, said she has always
wanted to combine medicine with a spa
experience. By providing services like hand
and foot treatments to those battling cancer,
arthritis and diabetes, Kurtz said she is aiming
to help with the pain that most people
experience. ”

We customize to their needs,” she said.
Kurtz said she has been in the medical
industry since she began working for an oncologist
in Queens 20 years ago. Back then,
she said she saw cancer patients who were
mostly troubled with losing their hair during
chemotherapy treatments. After moving up
north in 1997, Kurtz continued to help people,
which she said she mostly did out of her home,
especially for people with children.

Kurtz currently does home visits with patients, but wants to bring them into her salon in Saratoga. To do this though, she needed to add more square footage to her space in order to create an extra sense of privacy. She also said she wants the space to be free of smells like perfumes that other clients might bring in.

Although Kurtz said she doesn’t expect all the renovations to be done until September or October, Simple Bliss is still open for spa services, which include facials, wraps, peels and scrubs. She also said that soon sunless tanning will be available at Simple Bliss.

“Being in the sun is not good,” she said, adding that a sunless tanning option is better for the skin. And since Kurtz is specializing in skin treatment, Simple Bliss also offers Botox and waxing.

To further her expertise about skin care and treatments, Kurtz said she decided to go back to school and learn more about oncology. “Medicine is constantly changing,” she said. It has been challenging, Kurtz said, since she has two young children but added that she should be able to put herself fully into her work in about two years.

There is still a long way to go yet, but Kurtz said her ultimate goal is to eventually volunteer her time at an oncologist’s office with cancer patients. Since many who have cancer don’t usually have much extra money to spend, Kurtz said she wants to do this on a donation-basis.

Kurtz said she has no plans for relocating, and that her Broadway location is the “ideal space.”