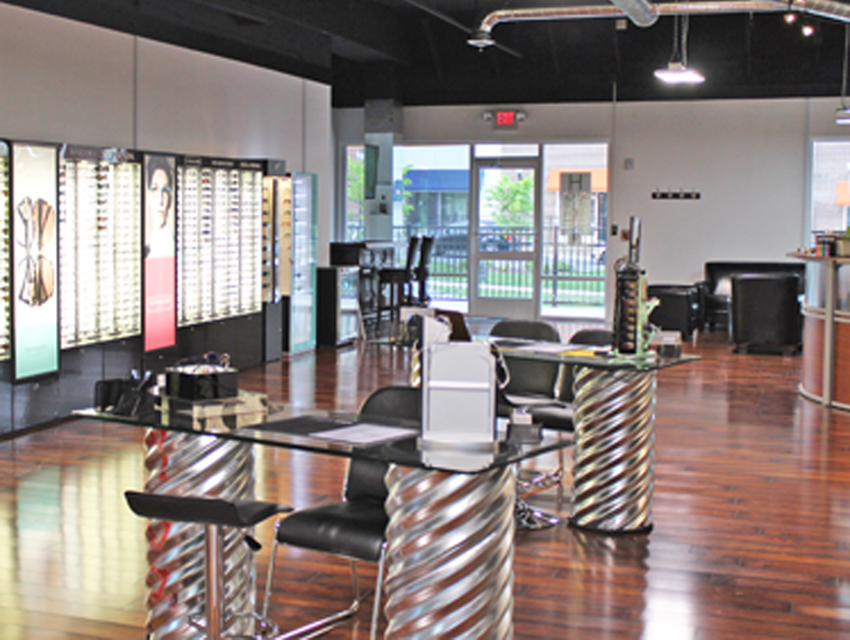 Hughes Opticians occupies this space in Ellsworth Commons, in Malta, and owner Thomas Hughes Jr. feels the development in that area will be a boon for business

Drawn by the excitement created by the
GlobalFoundries manufacturing plant in Malta,
Hughes Opticians, a long-time Delmar business,
recently opened a second office in Malta
at 1102 Ellsworth Boulevard.

The new shop is in Ellsworth Commons, a development
of commercial space and apartments.

Thomas Hughes Jr., owner of the shop, first came
to the Malta area about 18 months ago to visit a
friend. “I couldn’t believe what was going on. The
area was really booming,” he recalled. So far, he
said, things are “going very well. We love the area.”

Thomas’s father, Thomas Sr., known as Papa
Hughes, began the business in Delmar in 1987.
He is now semi-retired, according to his son,
but still keeps a hand in the business.

Hughes called Ellsworth Commons as “really the premier complex” in the area. He estimated that the apartments are at least 95 percent occupied and the commercial space is filling up quickly, with several new stores expected in early September.

When Hughes Opticians opened in mid-May, they were the only business in the Ellsworth Commons complex. However, now there are several large businesses, a sports bar, and a medical center across the street and a new urgent care facility nearby on Route 67.

The company “thrives on customer service,” said Hughes. He said it is a “full service facility,” able to take customers from their initial eye examination to the fitting of their eyeglasses or contact lenses.

The store carries several brands of eyeglass frames, such as Chanel, Oliver Peoples, and Tiffany. A staff of nine rotates between the two shops.

“We are still figuring everything out,” according to Hughes and things remain fluid. He, his father, and his sister are all opticians. There is an optometrist in each shop to perform eye examinations. There is also a “frame stylist,” a “sports expert,” and laboratory technicians who cut lenses and fit them to the frames.

Right now, the appointment book is starting to fill up with children needing back-to-school examinations, he said. Global Foundries employees are beginning to come in.

The phone number for the Malta store is 289- 5382. The website is hughesopticians.com