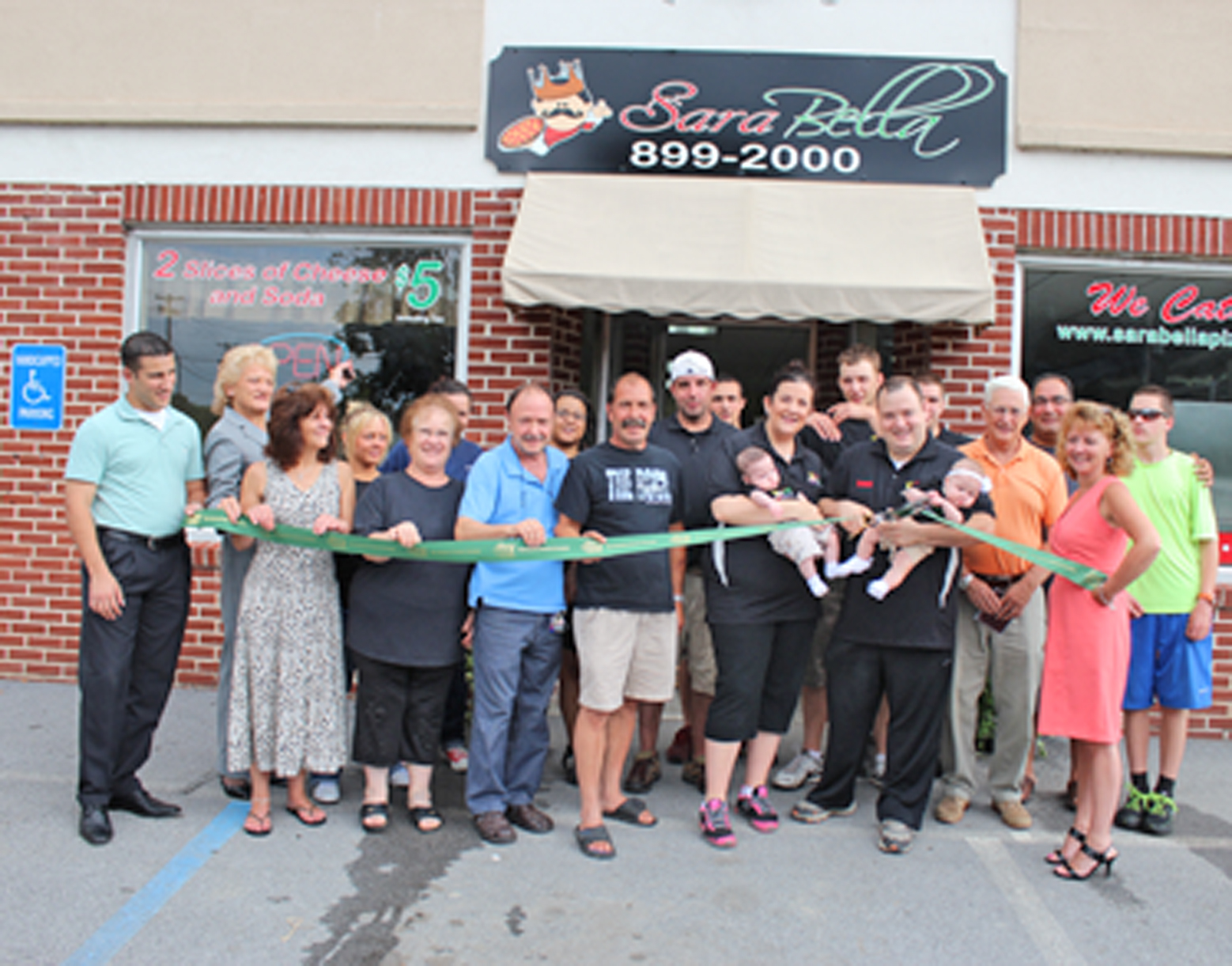 A ribbon cutting ceremony was held recently at SaraBella Pizza, the second location for owners Domenic and Lisa Fuda, who also own a pizzeria by the same name in Colonie

The flagship store at 391 Sand Creek
Road in Colonie continues to deliver its special
brand of pizza and Italian homemade
goods in the Capital District.

Owners Domenic and Lisa Fuda are actually
returning to the area.
“Dom started out in the pizza business
here in Malta as a co-owner of Double
D’s Pizza (the same Dunning Street site)
16 years ago,” said Lisa. “Dom decided to
branch out on his own with SaraBella in
Colonie right before we got married and
the two of us built the pizzeria together
and have been very successful with it. When
the opportunity came up to take over full
ownership of Double D’s Pizza in Malta and
turn it into SaraBella Pizza, we took it.”

“We’ve been in Colonie for nearly three years and it’s been really fantastic serving the neighborhood our homemade pizza, dinners and sandwiches,” said Domenic. “I’m really excited to come back to Malta to serve up our authentic Italian SaraBella food to the folks in Saratoga County. The brick ovens have been installed and are ready to go.”

He added, “At SaraBella, everything on the menu is made daily on the premises and we guarantee that what we make is done in the old-fashioned Italian tradition. And, we will continue in that tradition in our new Malta location.”

SaraBella Pizza in Malta will feature the same dinner, everyday and promotional specials as the Colonie location.

The menus will be the same in both locations, the owners said. Catering is also offered.

Delivery in Malta and surrounding areas is free with a $10 minimum purchase. According to Domenic, SaraBella Pizza held its Malta grand opening on July 8 with a ribbon cutting ceremony.

Its website is www.sarabellapizza.com and its phone number is 899-2000.