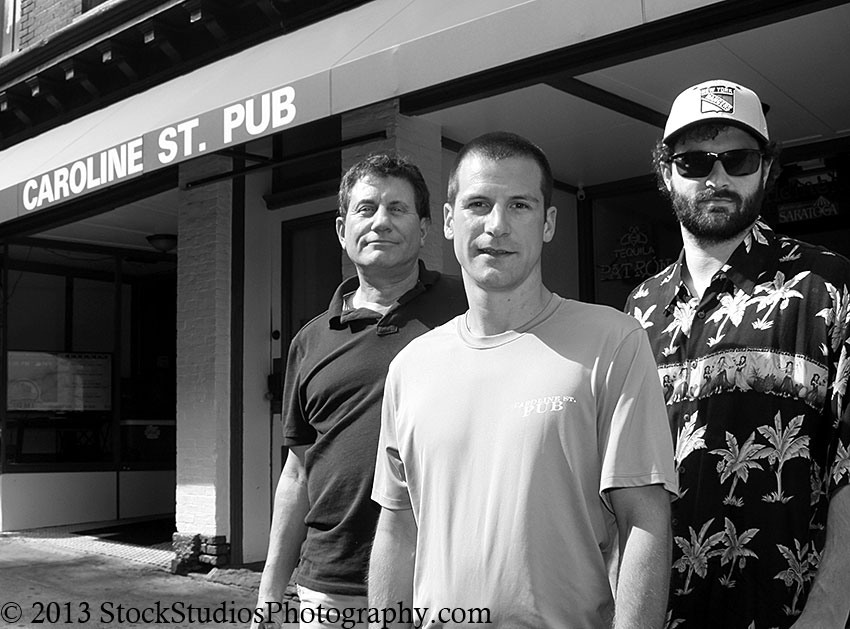 Patrons of the new Caroline Street Pub in
Saratoga Springs, which opened July 9 on
the site of the former Bullpen, have, among
other things, ample opportunity to catch
the action during football season.

During five weeks of renovation, new
owners Charles Hoertkorn and Daniel
and Brandon Drellos sought to improve
the socializing and dining experience for
clientele at the 9-11 Caroline St. location.
Hoertkorn has several years experience
running other restaurants in Queensbury.

“We knew that people like to come to
pubs like ours to watch games,” Hoertkorn
said. “We already had four televisions here.
But we knew that serious sports viewers
want to keep track of several games at once,
no matter where they are in the pub. So we
increased our number of screens to 15.”

During the football season, the pub will go one step further and add a 10-foot projection screen for fans’ enjoyment. It will also offer a meal and drink package on game days.

But sports fans aren’t the only audience the Caroline Street Pub seeks to serve. They also want to continue to appeal to local diners of every age, with some improvements in its food menu, as well as its beer and liquor offerings. The pub currently has 12 employees.

The extensive facelift also included installing new lighting and fans, replacing the flooring, renovating the bathrooms, new felt for the pool table, and lots of painting and polishing. Some elements, such as the tin ceiling, were kept.

As a result, patrons are able to enjoy a fresh, clean restaurant that had the same friendly, familiar feel as its predecessor. “We had a really good summer,” Hoertkorn said. “People were really excited to see the changes.”