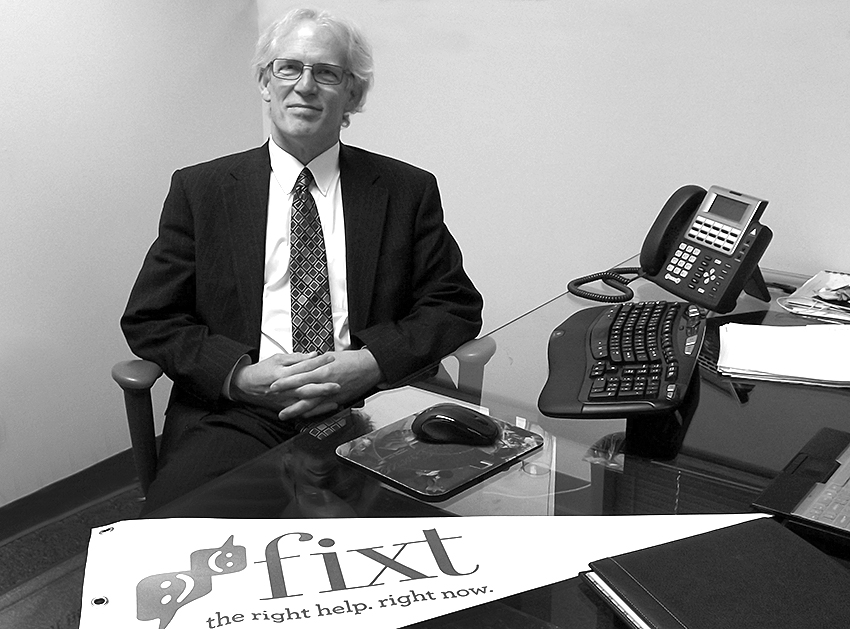 Craig Skevington created the company Fixt to support users facing technical problems on any device, from smartphones and laptops to PCs and tablets

Fixt (fixtright.com), based in Saratoga
Springs, is reinventing traditional IT and
help-desk support for users facing technical
problems on any device, from smartphones
and laptops to PCs and tablets, according to
its owner. Those problems, he said, range
from connectivity and basic operation to
such programs as Microsoft Office, Quick-
Books, or setting up e-mail.

Fixt’s services also include performance
monitoring and tune-ups, data backup, and
virus and Spyware protection. Fixt’s propriety
technology allows its support engineers
to provide users with on-demand assistance
as if they were right there, Skevington said.

Skevington invested $300,000 into Fixt, which is targeting companies with between one and 150 employees. He said the company is expected to generate over $5 million in annual revenue and employ 50 people within the first three years.

“People are much more mobile and they depend on help right now,” Skevington said. “Providing support for you isn’t a matter of knowing where your desk is. You need support that’s designed to help you wherever, whatever, whenever.”

Skevington said he founded Fixt as he witnessed the number of workers using mobile devices skyrocket in the past few years. By some estimates, as many as 30 million Americans work remotely at least one day a week, according to Global Workplace Analytics.

“Workers are more scattered and more dependent on technology,” he said. “And when something doesn’t work for an employee, they’re stuck. There’s nothing they can do. It’s ’employee down.'”

While the problems aren’t always complex, it takes experts to quickly diagnose the problem and offer fast solutions. Skevington said one example of a user issue might be difficulty accessing a document on his or her tablet.

Skevington said Fixt was created with both the end-user and corporate IT support staff in mind, because it works with both. Most “employee technology problems” aren’t difficult to fix once you understand the problem, he said.

He said his company’s automation and focus on the user allows it to offer services at a more affordable rate, beginning as low as $15 per employee per month. The primary question is one of responsiveness. IT staffs typically have to drop what they are doing to help, taking time while disrupting their day.

“This is our focus,” Skevington said. “We don’t build servers for you. We understand what the user is going through and the kinds of trouble they get into.”

“We had one call at 7 a.m. from an employee on the road, about to give a presentation at 8:30 a.m.,” Skevington cited as an example. “He’s clearly stressed because he can’t access his presentation. He has no idea what the problem is. We went through a checklist and couldn’t connect to him online. We called the hotel front desk and learned he hadn’t paid the $10 for Wi-Fi. For an IT person you just woke up because you didn’t realize you didn’t have Wi-Fi. That really upsets them.”

“That’s the world we’re living in,” Skevington said. “Before if it didn’t work, I rebooted and that fixed it. Now it’s like, I don’t know what the problem is, let alone where it is, but I need it fixed now.”

Skevington has started seven companies, some of which have gone on to become publicly traded and land spots on Inc. Magazine’s fastest-growing companies lists. He can be reached at 580-9844 or cskev@flowmgt.com.