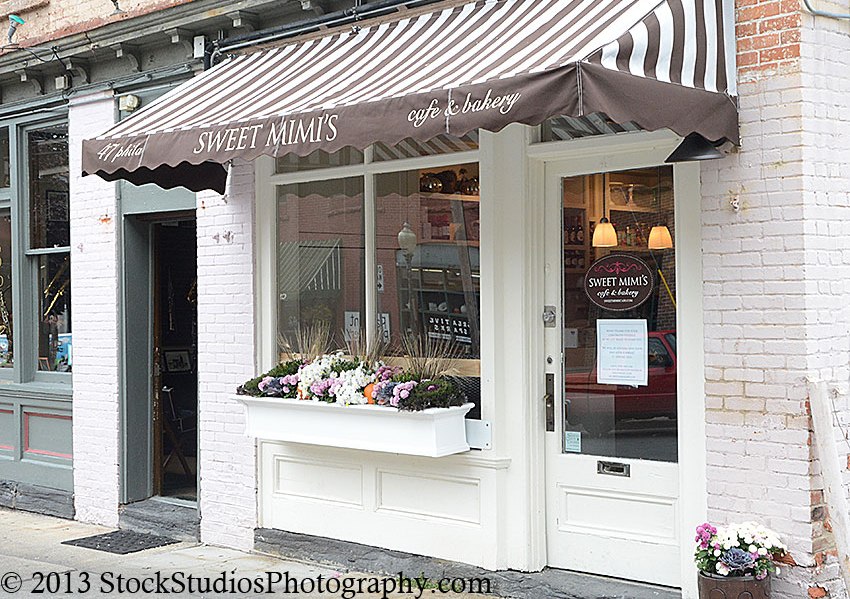 Sweet Mimi’s Cafe and Bakery opened in October at 47 Phila St. in Saratoga Springs in space that is part of the historic Caffe Lena building, offering breakfast and baked goods

After years of planning and more than a
year of construction and government red
tape, Jeanette Liebers opened Sweet Mimi’s
Cafe and Bakery at 47 Phila St. in Saratoga
Springs in October. The restaurant serves
breakfast and lunch and sells baked goods
and gourmet food items.

So far, Liebers said, “things are going
great” though they are still working through
issues caused by a relatively small space and
small kitchen.

During construction, “people were stopping
in all the time to ask when are you
going to open.” The doors opened on Oct.
11 and a grand opening held the day before
Thanksgiving.

“I am thankful for the enthusiastic reception of the community,” Liebers said.

Sweet Mimi’s is in the Cafe Lena building, in space that was the home for many years of Beverly’s, a popular breakfast spot. Liebers had the building completely gutted and remodeled.

The cafe serves breakfast all day. Specialties include lemon ricotta pancakes with homemade fruit sauces, reflecting the Italian/ Mediterranean theme of the restaurant.

Asked what are the most popular items, Liebers replied that “everything is selling” but for lunch, the Italian sandwich and the Saratoga sandwich are particularly popular. After six weeks of operation, she set out to revise the menu but couldn’t find many things to eliminate.

Liebers was raised in Connecticut in a “big Italian family.”

“Food has always been a big focal point in our life,” she recalled, and said that a trip to Italy with a sister firmed up her desire to make a career in food. After 10 years working in the publishing field, she decided to take the plunge and got a degree from the Cambridge School of Culinary Arts in Boston. She specialized in provincial Italian and Mediterranean food. She followed that with an intensive three-month baking course at the Culinary Institute of America in Hyde Park.

Liebers taught cooking classes on television in Syracuse while her husband was in medical school. Since coming to Saratoga 10 years ago, she has done catering, worked as a personal chef, and taught cooking in people’s homes. She is maintaining a small catering menu, mainly for businesses. Once things settle down a bit, she will resume cooking classes, in the restaurant.

She also caters Sunday afternoon birthday parties at Sweet Mimi’s. The hostess chooses three items from the menu and they are served to the guests family-style.

The retail shop features store-made baked goods, including biscotti and cookies; homemade granola; locally roasted coffees; and cocoas, Sarabeth jams, and other items brought up from New York City. Liebers is especially enthusiastic about the Sarabeth jams. She serves them in the cafe and also cooks and bakes with them.

The cafe, like Liebers’ previous business, is named for her 15-year-old daughter, Mimi, the middle child. Her brothers, Max, 16, and Charlie, 12, have coffees names for them. Chipper Charlie is the house blend. To the Max is a bold roast.

The restaurant has a regular staff of 18, including cooks, bakers, kitchen crew and “a slew of front-of-the-house staff,” Liebers said.