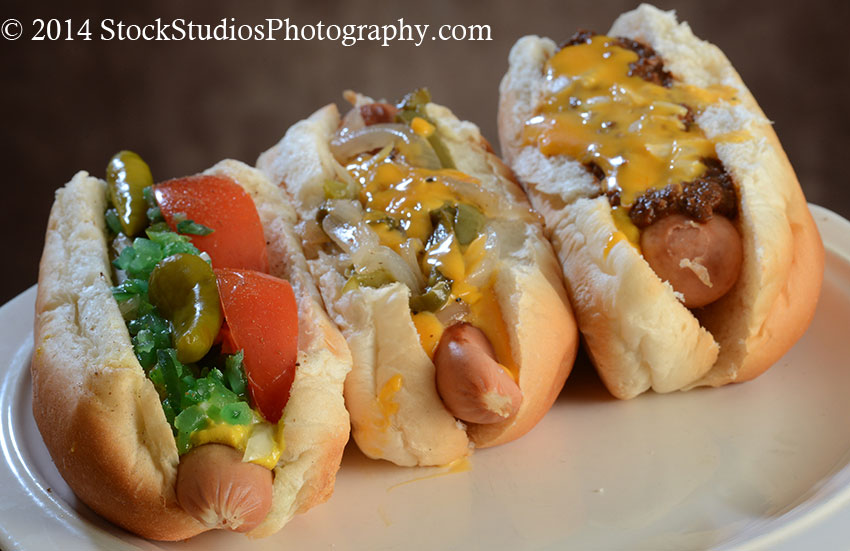 Mark Taber and his wife, Shelly, had enough of the corporate world. On the other hand, they always enjoyed their forays to area fairs and festivals with the hotdog cart they operated for about five years.

They liked meeting and talking with customers as they served up a variety of hotdogs in various lengths (mini, regular, and a quarter-pound Michigan) with traditional and not-so-traditional toppings.

Last August, when Mark was laid off from his job with Bank of America, he and Shelly decided to take the hotdog business to the next level, opening Alpha Dogs, a small shop at 6 Phila St. in Saratoga Springs.

“We’re still pretty new. People are still finding out about us,” said Mark. “Things are going pretty well, though winter is obviously a slower time.”

But, he noted, “any time there’s a big event around, we do really well.” The best thus far this winter was New Year’s Eve day, and early Jan. 1 after the midnight fireworks rang in 2014.

Mark describes the cozy space slightly below street level as “a hot dog cart on steroids.” The hotdogs, supplied by Zweigle’s of Rochester, can come plain or in combinations like the “spicy redneck,” wrapped with bacon, and accompanied by coleslaw and jalapenos.

Taber is pleased to provide an affordable option for the lunchtime and late night crowds in Saratoga. The food is all takeout, as there is no indoor seating.

More information is available at alphadogsaratoga.com. Alpha Dogs can be found on Facebook as well. The phone number is 306-4888.