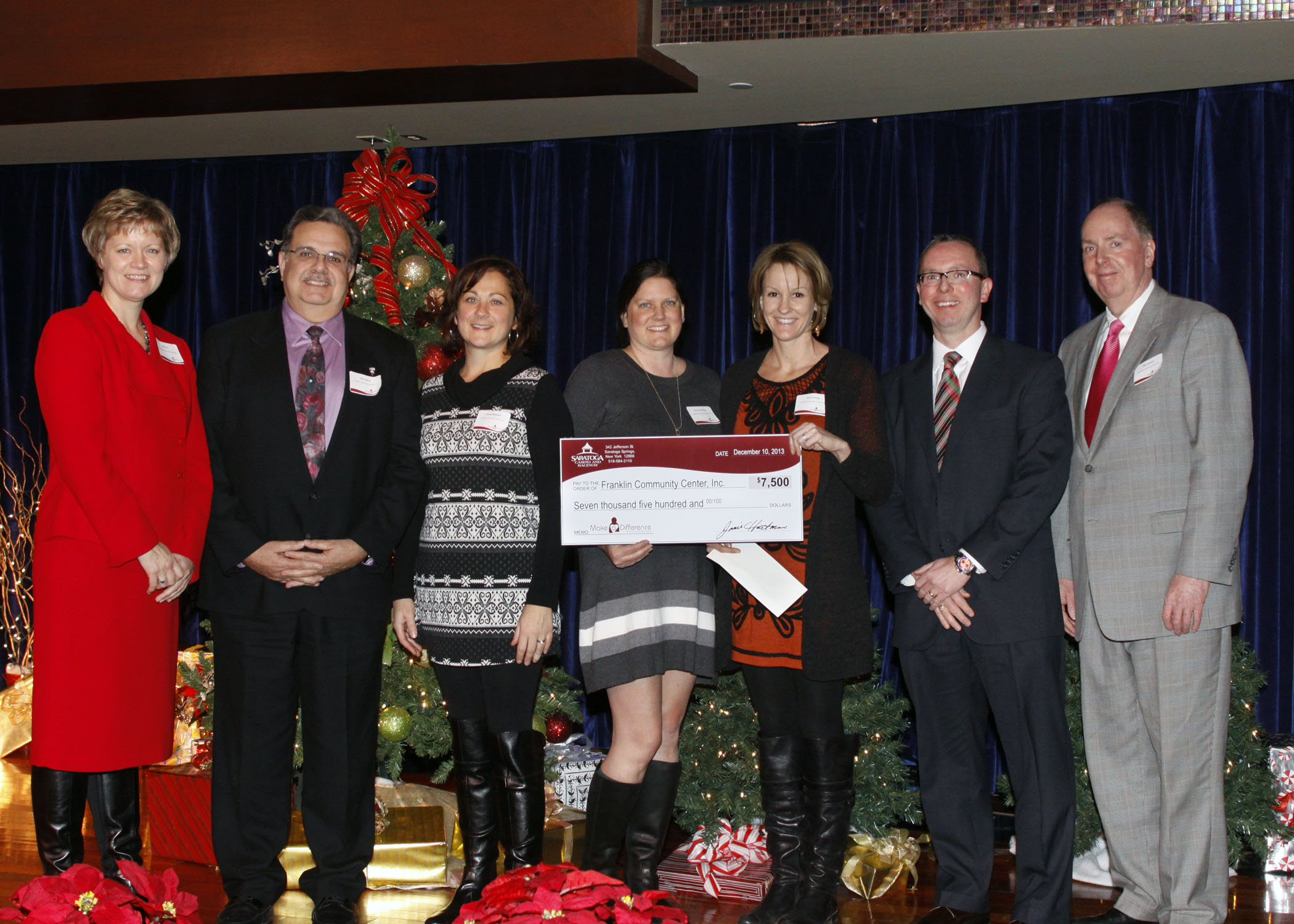 Seventeen local charitable organizations
were presented with monetary
donations totaling $100,000 by Saratoga
Casino and Raceway at its ninth annual
Make a Difference event in December at
Vapor Night Club.

Officials said those donations contributed
to an overall $260,000 provided for
community support by the casino in 2013.

Since its official inception in 2006,
the annual Make a Difference event has
presented $815,000 to local organizations,
and over $2 million in monetary, sponsorship
and in-kind donations have been
made by Saratoga Casino and Raceway,
said officials.

“We understand the importance of continued support for local organizations that make a difference in our community,” said Jamie Hartman, executive vice president and chief operating officer at the casino. “Our contributions ensure that the programs provided by these organizations can continue to benefit our employees, families, friends and neighbors.”

“In this economy, it is increasingly more difficult for not-for-profit organizations to obtain funding to provide services to members of the community in need,” said Skip Carlson, vice president of external affairs at the raceway. “This event serves as recognition and helps reinforce our sincere appreciation for the wonderful work done by these organizations in our community.”

Benita Zahn, of News Channel 13, based in Albany, returned for the second year as host of the event. Zahn presented the checks to each organization, beginning with the three organizations she was given the opportunity to select as recipients.

Zahn’s selections for 2013 were Building on Love and YWCA of the Greater Capital Region, each receiving $1,250, along with Kelly’s Angels which received $2,500.

The other recipients for the Make a Difference event were:

Kari Cushing, executive director of Franklin Community Center said, “Franklin Community Center is so appreciative of the support that Saratoga Casino and Raceway provides to our agency and to the entire community. From the monetary donations and support of our fundraising efforts, to the countless hours they volunteer and give back; the culture of giving they have created resonates so deep within our community and we all reap the benefits of their efforts.”