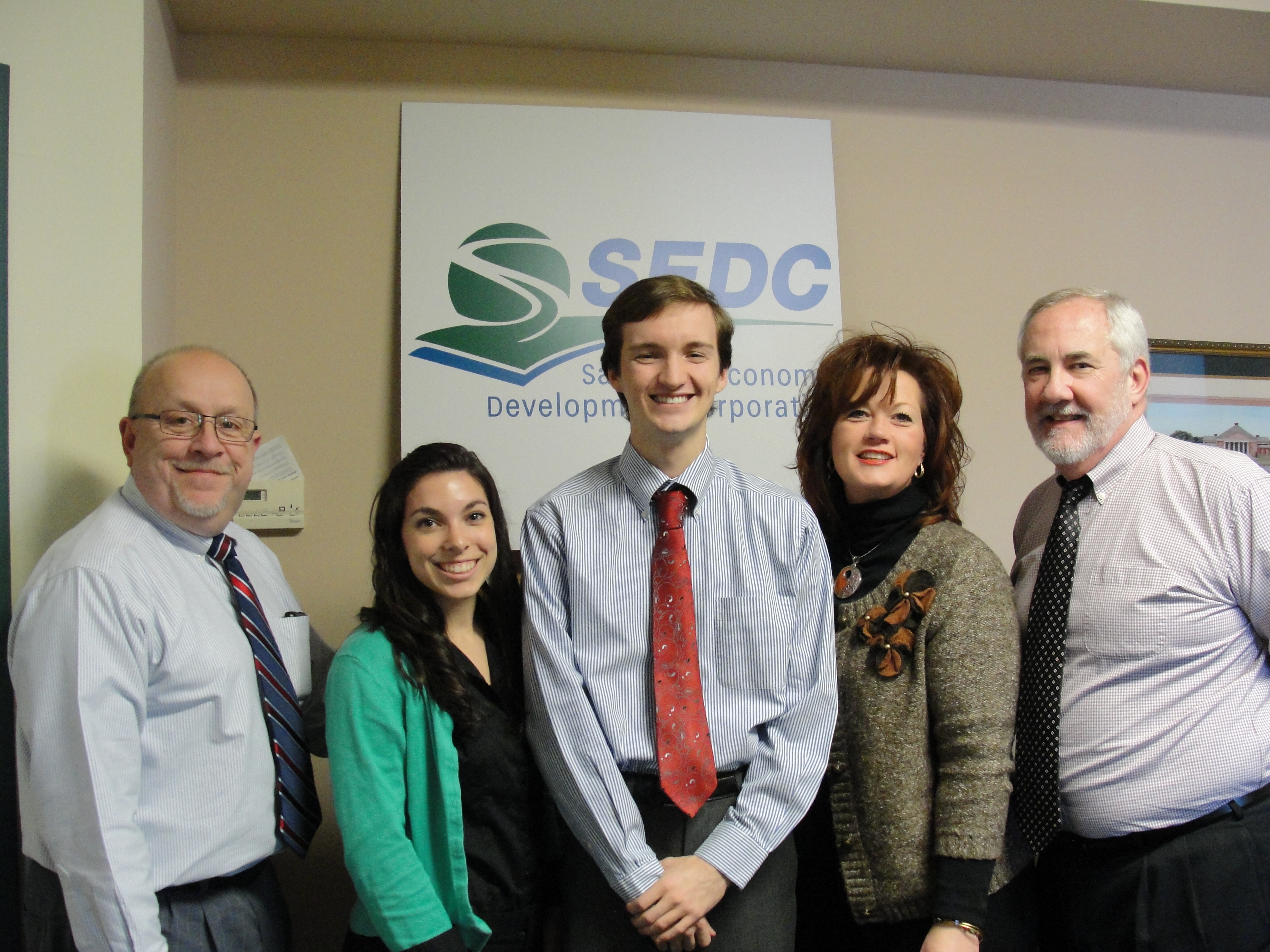 Saratoga High School senior Ben Wakeman, center, poses with SEDC staff during his internship at the agency, where he assisted with marketing activities

Obtaining an internship can be a milestone
toward making a career decision.

That is why
Saratoga Springs High School, through their Career
Exploration Internship Program (CEIP), has been
providing 120 high school seniors the opportunity
to explore a career before they graduate.

Business teacher Stacey Ralston implemented
CEIP at Saratoga Springs High School seven years
ago and currently runs the program alongside Tim
McGuiggan. Both teachers have an understanding
of the importance of hands-on experience in the
work force. Ralston was formerly in accounting
and McGuiggan in the hotel/restaurant industry.

While the high school ensures every student is presented the opportunity to intern, they require that students formally interview to earn one of the 120 coveted placements. Each year over 180 students express interest in CEIP, which means Ralston and McGuiggan may conduct up to that many interviews each school year.

Once students are chosen for the program the placement process begins.

The Saratoga Economic Development Corporation (SEDC) was approached by Ralston last fall about receiving an intern. Having participated in CEIP before, SEDC officials were happy to have high school senior Ben Wakeman join the team. In addition to exposing Wakeman to daily operations, SEDC looked forward to sharing the lessons of economic development and the story of Saratoga County.

Prior to beginning his internship, Wakeman knew he was interested in marketing, accounting, and business management. His father’s business is an SEDC member and knew it would be an organization for exposure to these interests.

SEDC reported that through his internship, Wakeman learned that he is still interested in pursuing marketing and business management and he feels equipped with useful skill sets he can take with him to his next jobs.

Wakeman also looks forward to staying in touch with his mentors Jim Angus, SEDC vice president. and Dennis Brobston, SEDC president. Both made themselves available throughout the internship to discuss what SEDC does for economic development in Saratoga County.

Wakeman is currently completing his senior year of high school and contemplating where he will attend college, having received several acceptance letters already, according to SEDC.