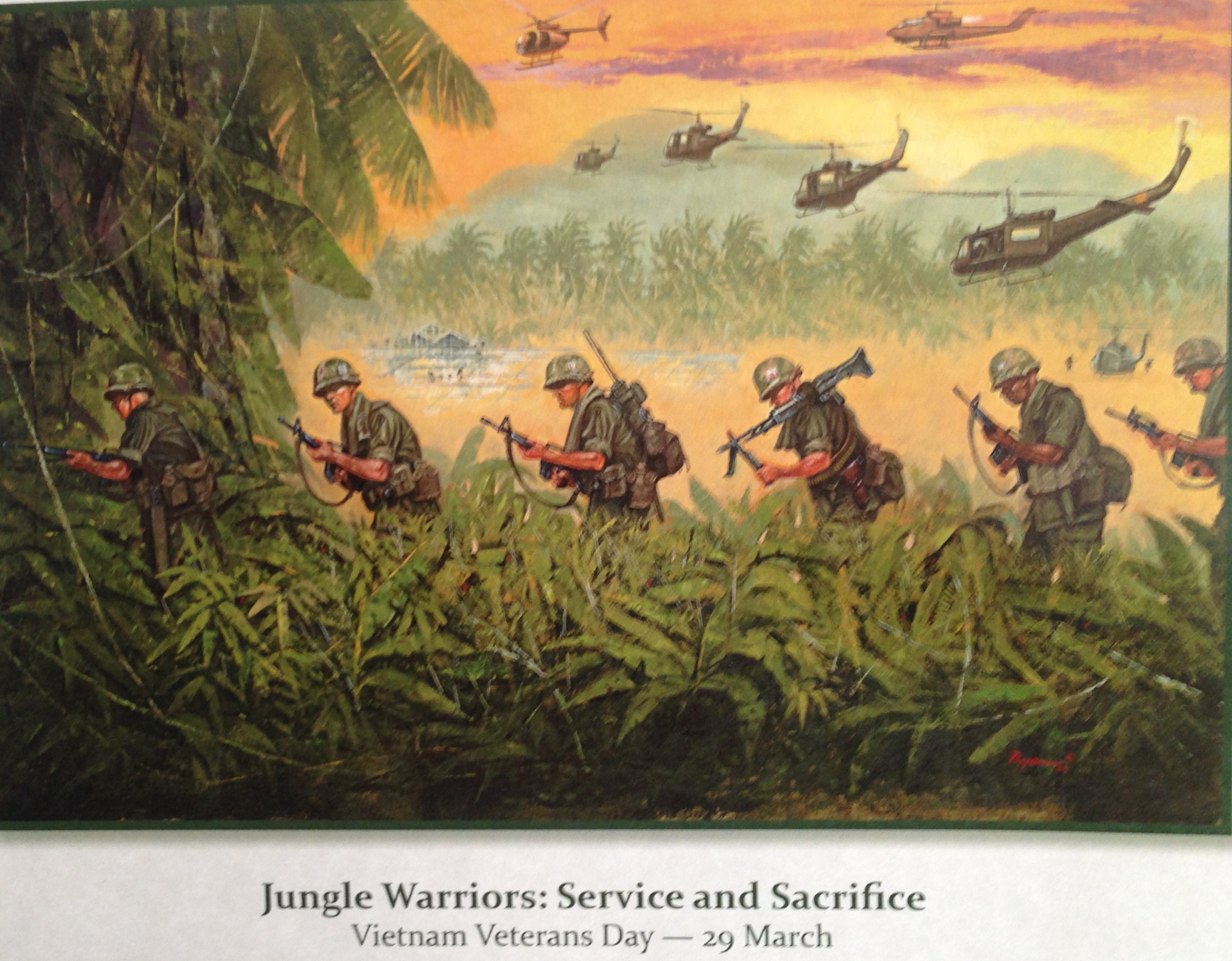 To mark the 50th anniversary of the ending of the U.S.
military involvement in the Vietnam War, the Capital
District of NY Chapter of the Association United States
Army will present a special program at the New York State
Military Museum, 61 Lake Ave., Saratoga Springs.

The Vietnam War commemoration will include a panel
discussion by selected Vietnam veterans entitled “Jungle
Warriors: Service and Sacrifice.”
It will be held Saturday 1-3 p.m., March 29. Admission is
free.

During the tribute, the panel will relate personal stories
and experiences from Vietnam and answer questions from
the audience. The program is being held in cooperation with the city of
Saratoga Springs, and Mayor Joanne Yepsen will offer a
proclamation in honor of the veterans.

In addition, a celebratory print will be presented to the museum by artist and photographer Jim Ryan, an executive with Media Solutions, Raytheon Technology Services Group.

AUSA is a private, non-profit educational organization that supports all aspects and ranks of America’s Army, from active Army to National Guard and Reserves, to retired and wounded soldiers. There are 125 chapters throughout the U.S., including five in New York state.

There will also be a local fundraising event held that night at the Glens Falls Civic Center. The Military Appreciation Night at 7 p.m. will include a hockey game between the Glens Falls Phantoms and the Springfield Falcons. There will be giveaways throughout the evening. For further information, call 480-3355 or visit Phantomshockey.com.

The night before, at the Military Museum, an event titled “Brewseum, Craft Beer & Military Gear” will be presented by the Saratoga Springs Lions Club and Friends of the NYS Military Museum.

Tickets are $35 in advance, $40 at the door, $20 for active military personnel, and $10 for non-drinkers. Guests will sample specialty beers and wines, brewed by in the area. People can also view the museum exhibits and learn about military history. There will be food, raffles and music. Tickets available at the museum gift shop, from any Saratoga Springs Lions Club member or online. Food compliments of Maestro’s Restaurant, Druthers, Merry Monk, Hattie’s and Cafe Gelato, all in Saratoga Springs.