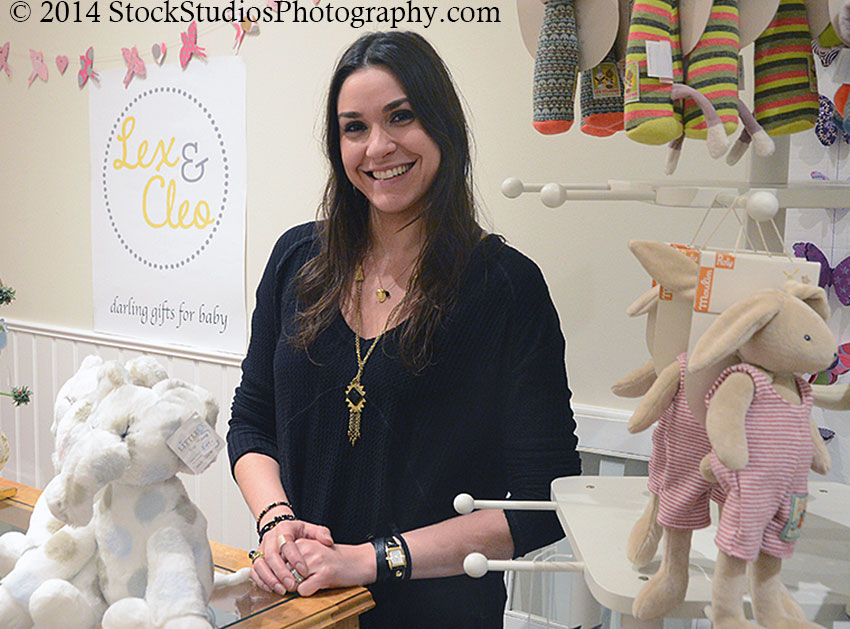 Lucy Moran is co-owner of Lex & Cleo, in the Saratoga Marketplace, downtown Saratoga Springs, which offers clothing, blankets and toys made in super-soft materials for babies

Lex & Cleo is a new store in the Saratoga
Marketplace, 454 Broadway, Saratoga
Springs, dedicated to gifts for babies and
young children.

The new boutique, opened by Elizabeth
Straus and her daughter, Lucy Moran, both
of Saratoga Springs, offers clothing, blankets
and toys made in super-soft, natural
materials. There are books for parents and
children, and a wide range of heirloom-quality
gifts.

The store is named for the children of
Straus’ son, Saratoga Springs native Alexander
Straus, who now lives in California
with his wife, Hillary, and children Lex
and Cleo.
The owners said they felt choices within
walking distance to the downtown for finding
appropriate baby gifts was “frustratingly
limited” and decided to open a store to
make the search simpler, more convenient
and much more fun.

The store opened its doors in October.
Straus said the focus is “on beautifully crafted products created by artisans locally
and from around the world.”
Straus is also owner, for the past seven
years, of gift boutique Pangea, across the
hall from Lex & Cleo, in Saratoga Marketplace.

Her history as a merchant on Broadway
includes owning long-time downtown
store Mabou, with her husband, Mark, from
1971 until 2005.

Moran has owned Lucia, a specialty
clothing and jewelry shop, also in the
Marketplace, for the last eight years. The
Marketplace’s family affair further extends
to the building’s lower level, where Moran’s
husband, Rory, owns and operates a café,
Comfort Kitchen.

“Lex & Cleo is proud to join the locally
owned and globally minded group
of 12 stores and services operating in the
Saratoga Marketplace,” said Moran.